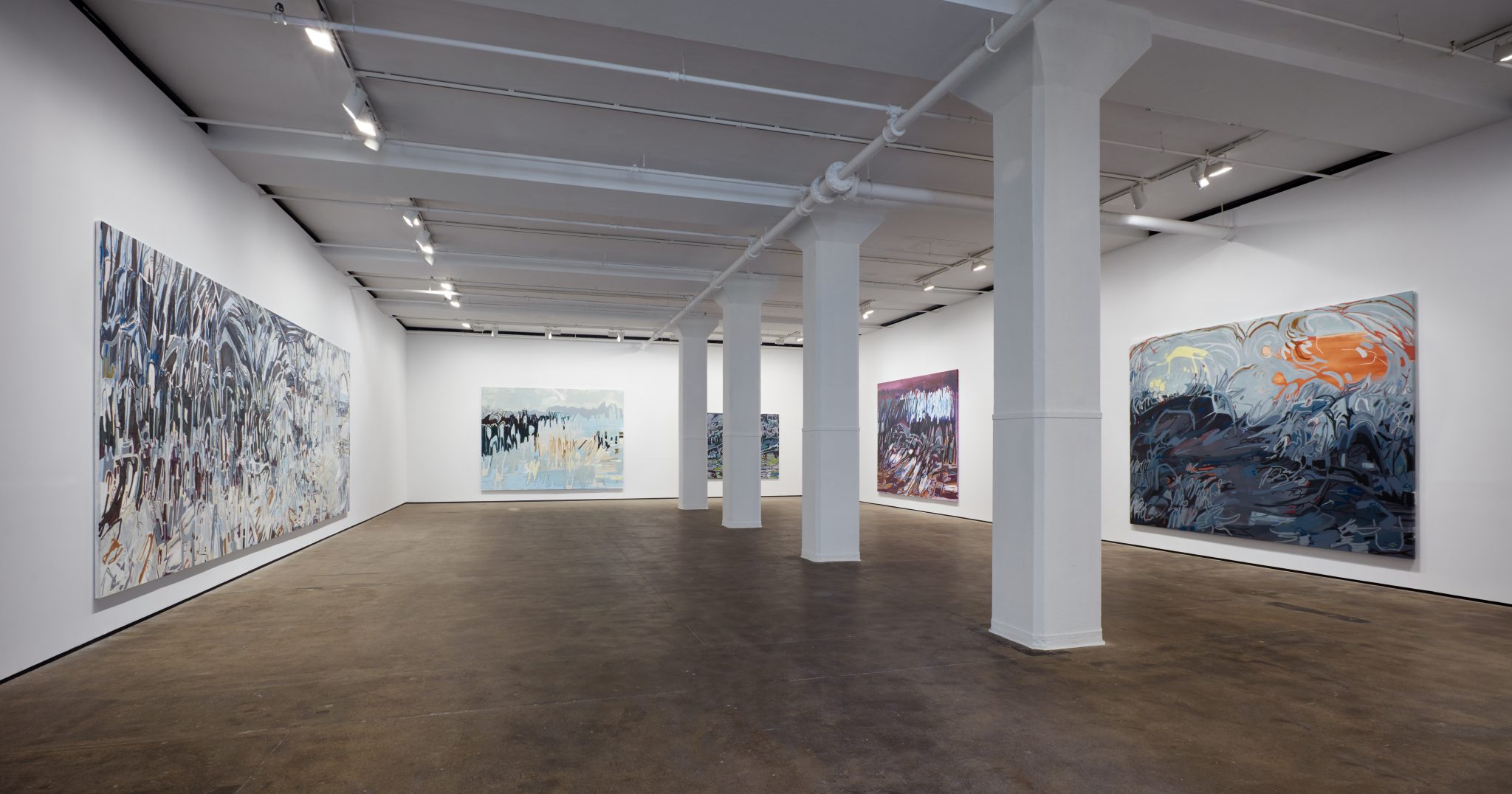 In recent months Brazil’s women artists have been on the rise. In July, London art gallery Cecilia Brunson Projects exhibited “The Women’s Century — Female Perspectives in Brazilian Art.” The pompous title refers to a compelling selection by Brazilian curator Kiki Mazzucchelli of small-format works in different mediums by Tarsila do Amaral (1886-1973), Eleonore Koch (1926-2018), Lygia Pape (1927-2004), Lygia Clark (1920-1988) and Miriam Inez da Silva (1937-1996). Amid the selection were two contemporary Rio-born artists: Adriana Varejão, also on view at New York’s Gagosian in June, and Beatriz Milhazes, who just wrapped up her largest solo exhibition in Brazil at two major São Paulo museums. Also on view in London, through August 29, at the Barbican’s The Curve, is artwork by ninety-year old Swiss-Brazilian photographer and activist Claudia Andujar. The event focuses on the photographer’s pioneering work on the Amazon life of the Yanomani people to whom she has dedicated her life’s work since the 1970s. 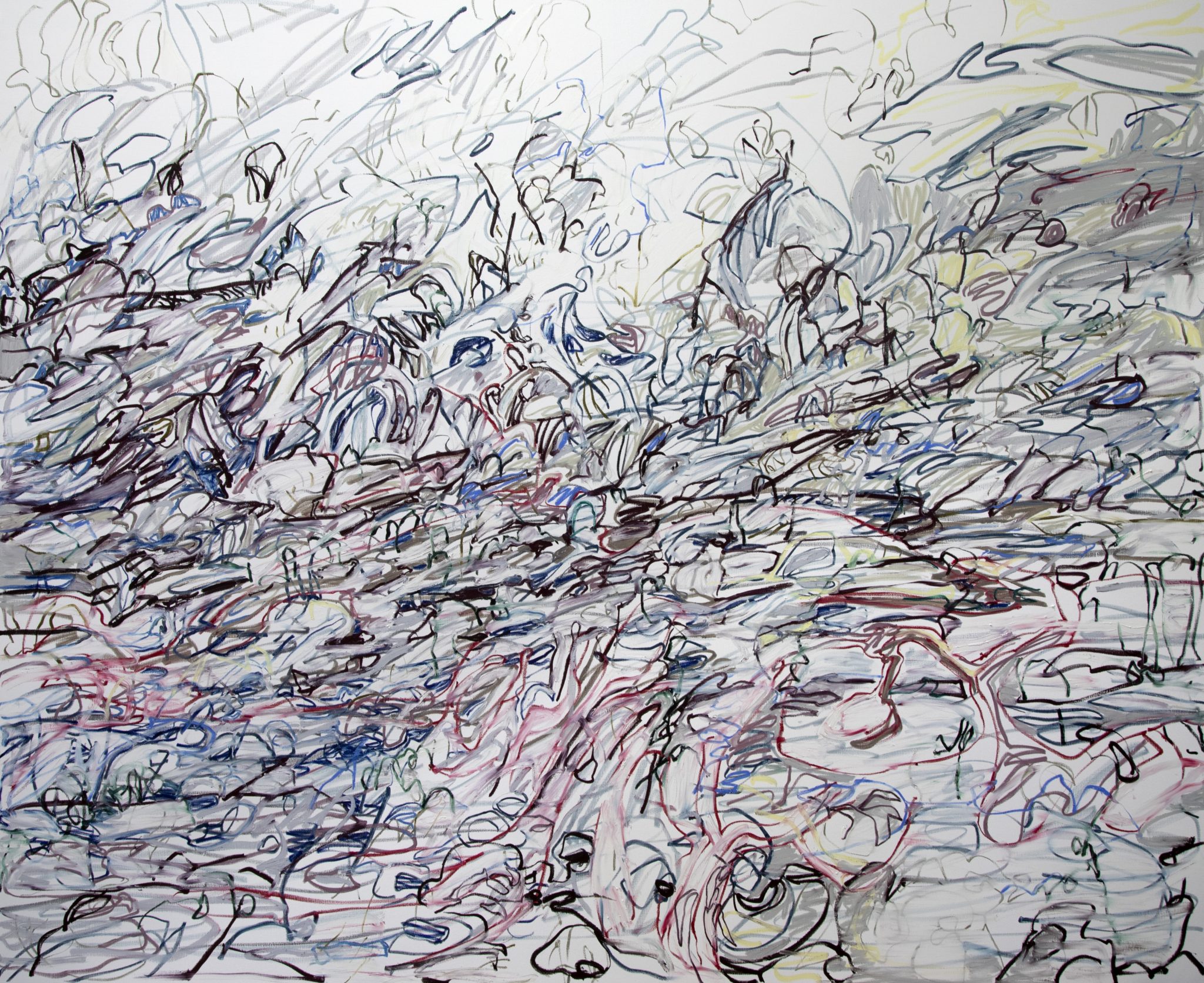 Perhaps the most significant common characteristic that their individual works reveal is that quality of confidence denoted by artists who are in control of their language. It is the same with Janaina Tschäpe, whose work is on view in two simultaneous exhibitions on two continents. In New York’s Sean Kelly, the German-Brazilian displays her conceptual abstractions in “Balancing into the Deep,” a solo of works on paper, including a magnificent polyptych, alongside six paintings, among them her largest yet, an eight-meter-long canvas overflowing with fluid memories and swelling waterscapes undulating with color. In Copenhagen’s Den Frie Center of Contemporary Art Tschäpe dialogues with the work of her dear art teacher, friend and renowned German artist Ursula Reuter Christiansen (b. 1943) in a show about connections of a wide spectrum of emotional experiences. Although Tschäpe’s works here don’t have the grandeur of her New York show, the Danish show includes multimedia explorations from the last two decades, including videos and Munch-like watercolor self-portraits. The exhibition’s title, “Das Unheimliche,” salutes Freud’s book “The Uncanny,” first published in 1919, which tackles that deep part of ourselves where, in the words of Lacan, “we do not know how to distinguish bad and good, pleasure from displeasure.” Despite the continental divide, one thing is sure, Tschäpe’s two shows are watertight. 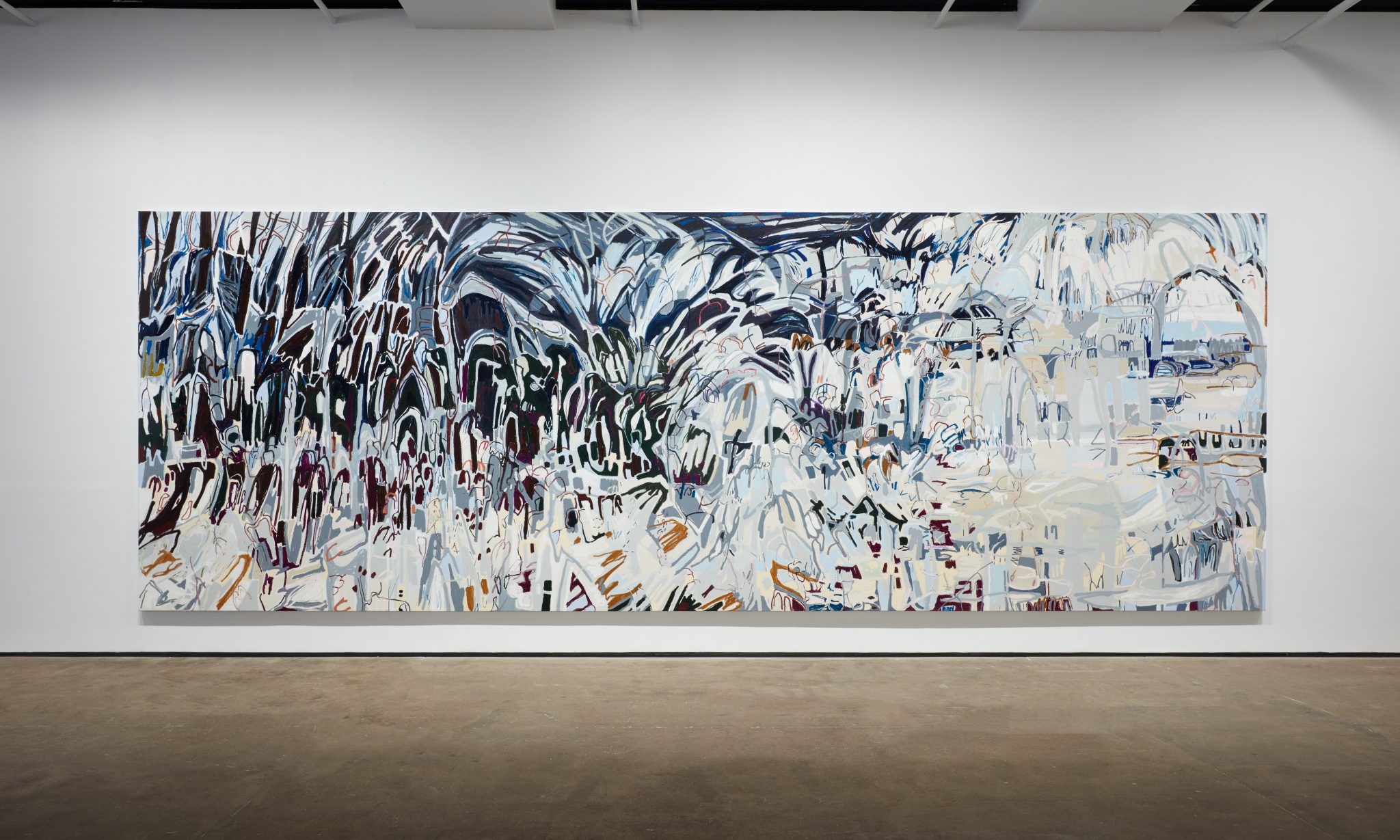 Janaina, how did you manage to work on two simultaneous shows?

The exhibitions were not supposed to happen at the same time, that was due to the pandemic because the dates got shifted. The Den Frie show was scheduled to happen in June 2020 but was delayed for a year because of Covid. The show was already together then. I had worked on it for one year prior to the original date and obviously due to the pandemic we also changed things and added new work and adapted in a way. These modifications ended up being quite enriching because we had more time to prepare. The show at Sean Kelly has a new body of work, which was done in the last eight months, so it wasn’t like working on two shows at the same time. The Den Frie show was curated for that specific dialogue with German artist Ursula Reuter Christiansen and has paintings and works on paper from 2015 through 2021. I also show video installations from 2001 and 2004. I added three pieces from this year and we also changed the selection a little bit. I worked on the self-portraits room which was already planned but I added pieces, so it was not a stressful situation at all in that sense. 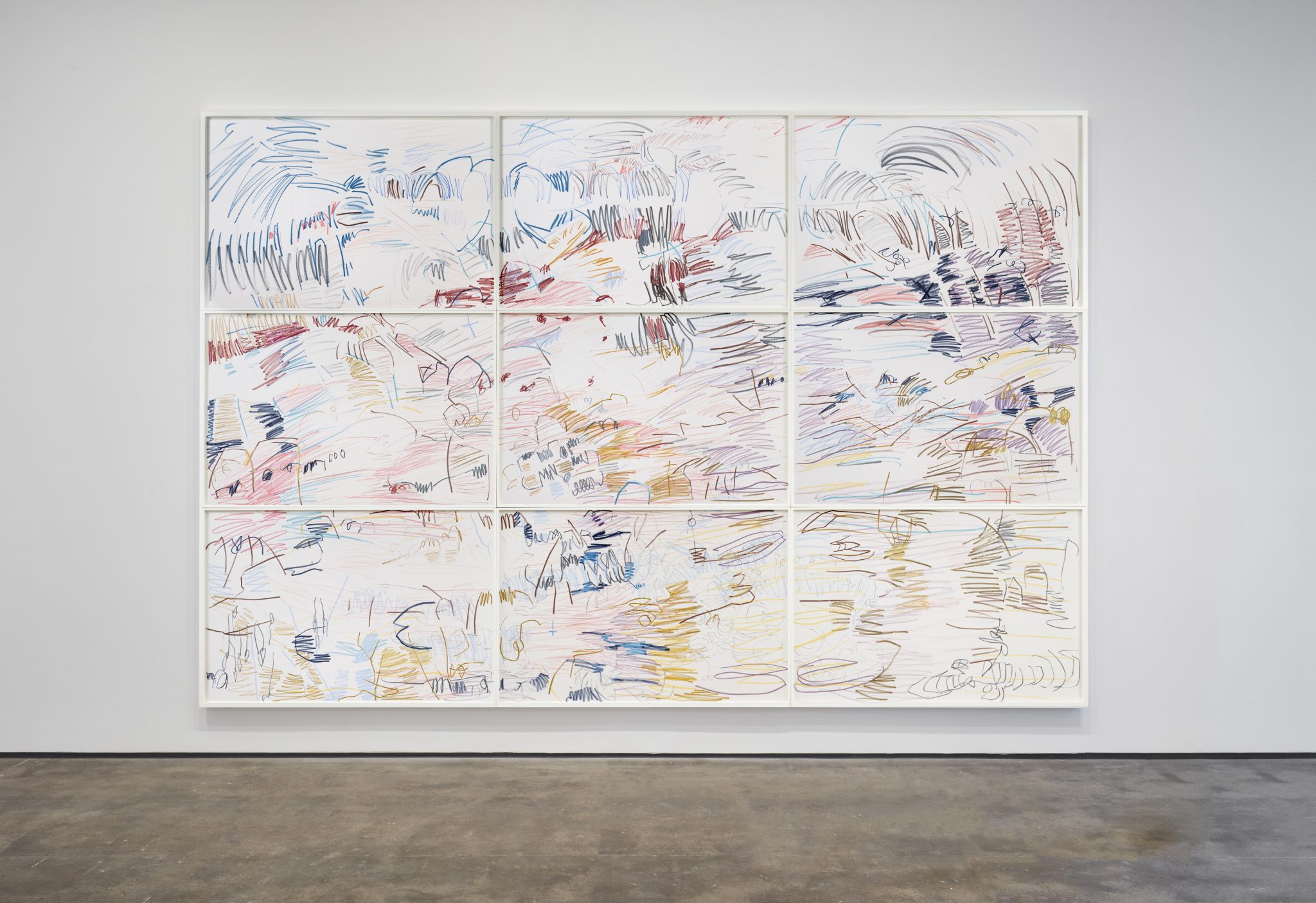 For “Balancing into the Deep,” at New York’s Sean Kelly gallery, you produced your largest canvas to date marking a fresh direction in your production. Tell us about it.

It is “Between Veils of Blue and Grey, a Forest,” 2021, an over-eight-meters-long canvas made with casein, oil stick and oil pastel. I have worked on large-scale paintings and murals in the past, but in this show it was a challenging size as they are oil paintings. I think what immediately comes to mind when working with large-scale canvases like the ones in “Balancing into the Deep” is the idea of conquering a new space with the same intimacy and gestural movements as a small sketch. There is an implication with scale that suggests power, control and careful planning to remain the master of the canvas. However, for me, it is an important challenge to maintain that intimacy and balance between myself, the paint and the canvas. Rather than trying to impose my vision onto the canvas and have it fit within its borders, or using the scale as a tool of power, I want the dialogue between the different elements, the databank of images, emotions, colors and light traces in my head to speak for themselves. The scale and the long horizontal format presented a new challenge in terms of how to make the left and right sides of the canvas talk to each other and become one. Using the oil sticks, with their stronger and more fluid application, a forcefulness is required to translate a steady stroke onto the canvas. This task involves achieving the proper balance between what is happening internally and externally, balancing the depth of my mindscape with the media at my disposal.

What are the psychological axes of the works on view in New York?

“Balancing into the Deep” is very much inspired by the German movement Sturm und Drang, which is generally translated as “storm and stress.” The movement underscored the influence of nature, emotional distress and human individualism. Some of the pioneers of Sturm und Drang were Goethe and Schiller, whose writings of course I adore having grown up with and studied in Germany. My work has the obvious influence of nature, bits of memories and emotions metamorphosing and evolving through the spontaneity of my gestures. I always try to bring the natural world into the gallery through my art, emphasizing the overlap between human nature–emotional turbulence, expression and freedom–and that of the physical world. The polyptych on display at Sean Kelly is an exploration of the connectivity of images and compositions as abstractions of my memories and mindscape. I started doing polyptychs mostly at night and would start making small drawings on the living room table. I eventually wanted to start to connect each drawing with the previous, but rather than having the completed drawing next to it, I would try and hold the image of a composition in my head and continue as if they were side by side, though they physically were not. Sometimes I would draw one image, flip it around and play with the composition, then continue. I like the idea that I am creating differing relationships and possibilities that work aesthetically and still vary in how they fit together. 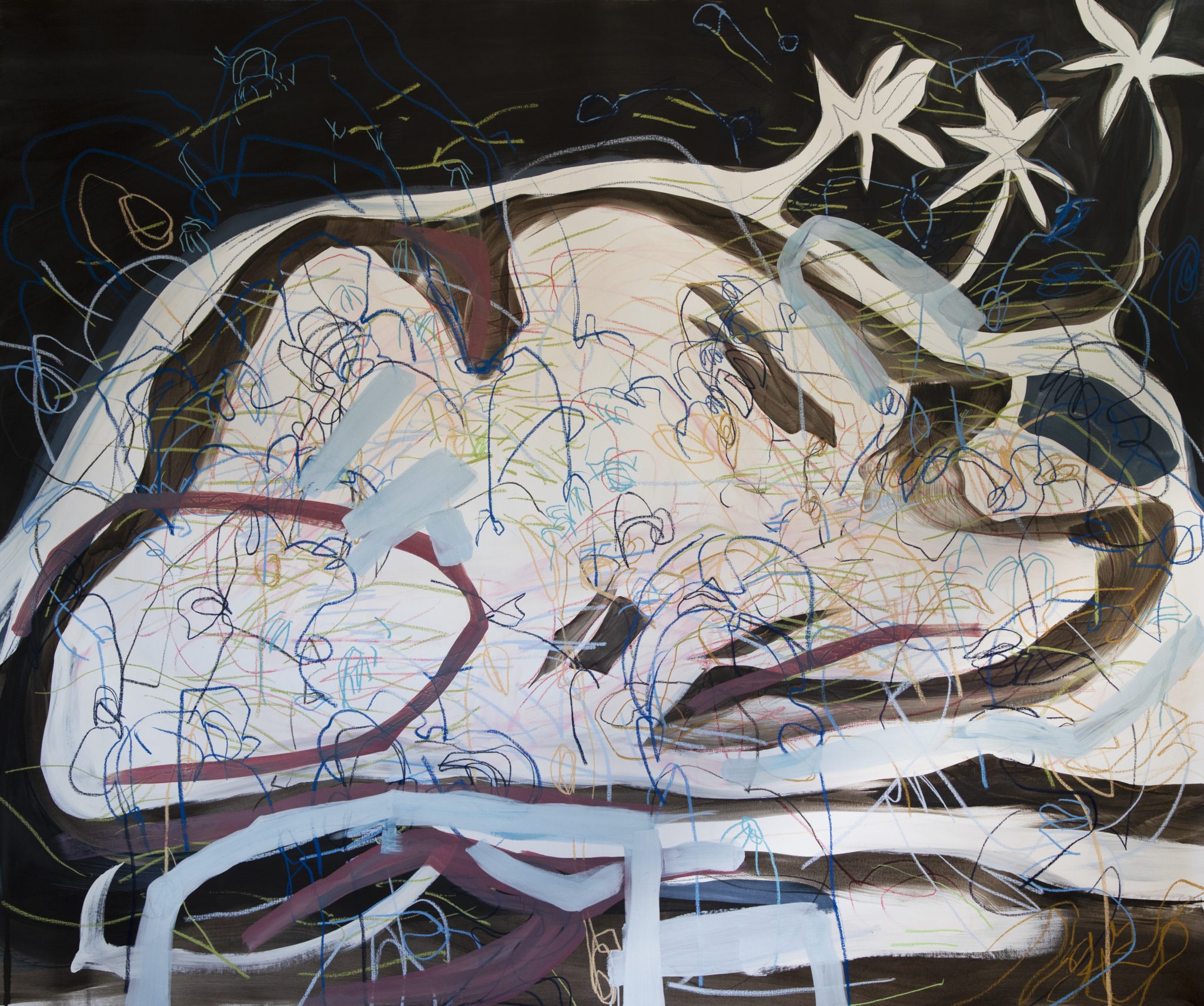 Now let’s move on to Copenhagen’s Den Frie, a dual exhibition with German artist Ursula Reuter Christiansen. There is a vivid emotional quality in the works. Why the title based on Freud’s book on “Das Unheimliche” (“The Uncanny”)?

Ursula was my first professor when I attended university in Hamburg, so the emotional relationship share is palpable. We collaborated on the idea for the show, though our practices as a whole are quite different, we found common ground with the theme of the uncanny. The works on display have a mystical quality to them, almost an eeriness that speaks to external powers and internal memories: the strength and fluidity of water, the rich–and dark–history of Germany, the natural world and our own lived experiences. Ursula and I share a common theme among our work in which we are attempting to visualize history in a performative way, translated through our bodies and artistic visions to produce abstracted compositions. The accumulation of emotions–how to live with them and how to show them. Connecting and weighing the unknown within the uncertainty and fear of external powers. 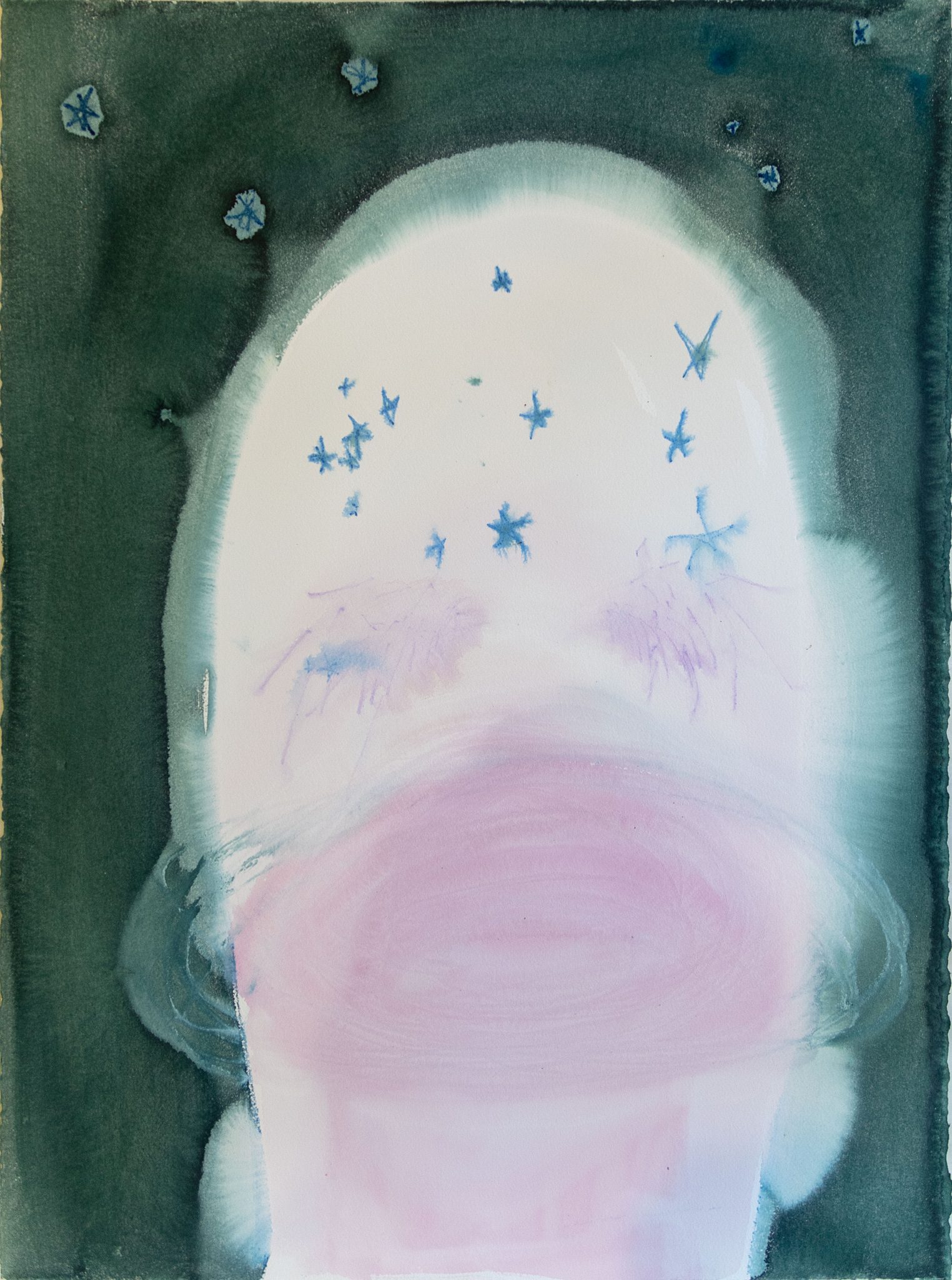 How did you deal with the pandemic? Did it affect your work?

At the beginning of the pandemic in March 2020, my daughter Mina and I immediately went to Brazil and spent six months on our farm in the countryside. It was honestly a very prolific time for me, a time to disconnect from the hustle and bustle of the New York art world and reflect on the direction of my practice in the wake of this new way of living. I had to focus on the art in its purest form, understand what was vital and important to me outside of the art world, and what direction I wanted my work to take and how to get there. 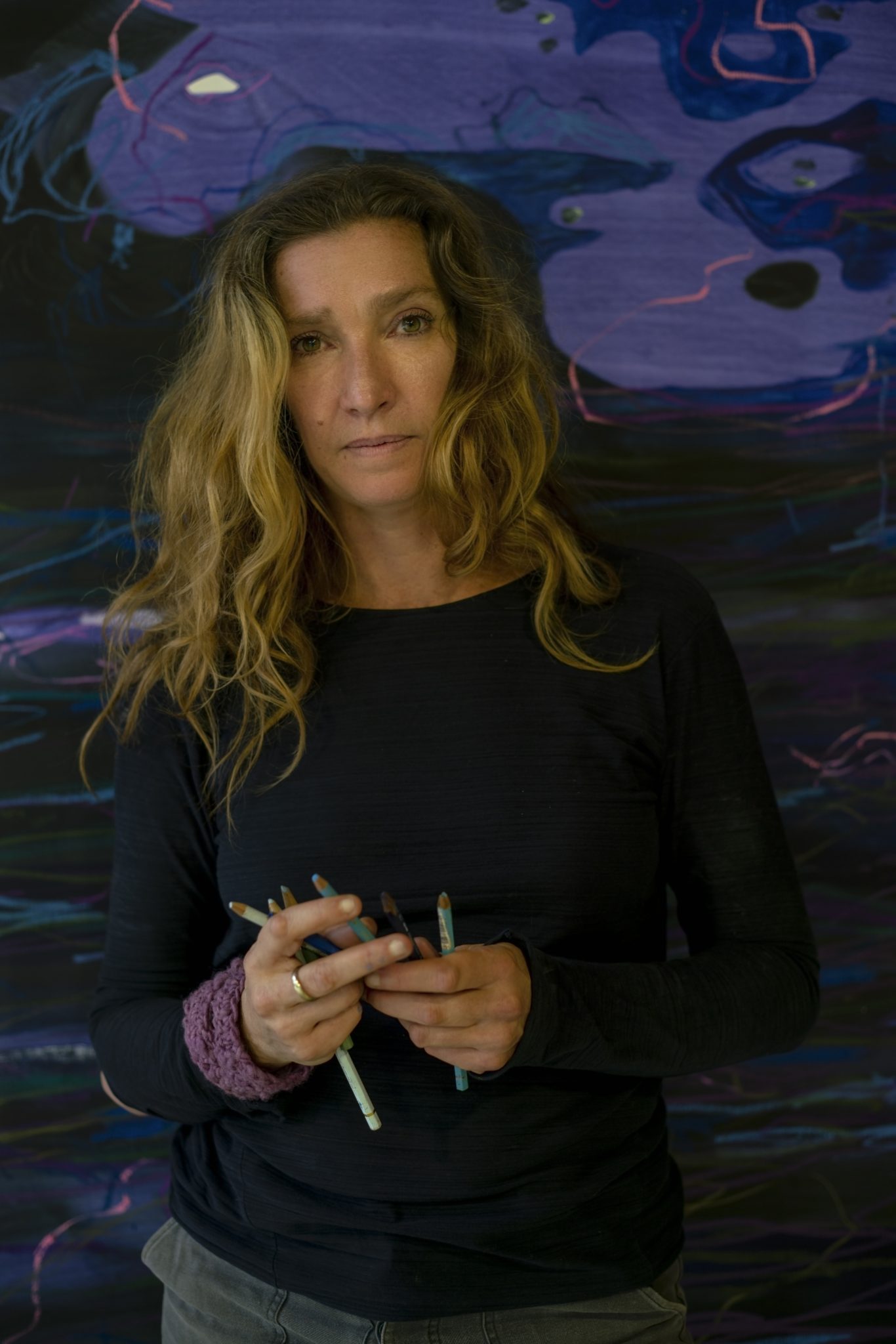 To wrap up, these are political times and as a white, beautiful woman, privileged by your talent as an artist, how do you see the political nature of your art?

I hope that through the political times we are going through we will be talking about the content of art and we will all have the same access and tools to be included in that dialogue without prejudices.