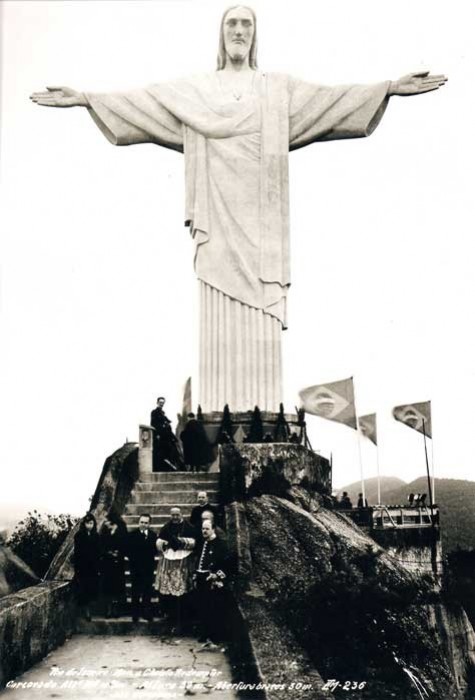 Ceremony of inauguration of the Christ the Redeemer monument, October 12, 1931, Rio de Janeiro.

In 2021, the statue of Christ the Redeemer, embracing Rio de Janeiro atop the Corcovado peak, turns ninety. Building the 125-foot-high reinforced concrete sculptural marvel in 1931 on a 2,300-foot-high granite mountain summit was a challenge comparable to the construction of the pyramids, only possible with state-of-the-art engineering of its time. Managed since its inception by Rio’s archdiocese, “O Cristo,” as cariocas call their treasured monumental friend erected as a Christian symbol in the world’s largest Catholic country, is above all a metonym for spirituality, regardless of faith or creed. As iconic as the Statue of Liberty in New York and the Eiffel Tower in Paris, the world’s tallest Art Deco monument, “O Cristo Redentor,” gradually became an ecumenical symbol for Rio, Brazil and South America.

Glowing in the night sky it is a worldwide emblem of fraternity. During Easter the Christ The Redeemer statue was projected with images of medics, to pay tribute to those working amidst the COVID-19 crisis. Ever since its inauguration it has been stamped on postcards and travel posters of the Marvelllous City, as Rio was once called, filmed in movies shot in Rio’s mesmerizing landscape, and even inspired famous Bossa Nova songs such as Tom Jobim’s 1960 “Corcovado” (Quite Nights), recorded by artists ranging from Sinatra to tenor Bocelli: “Da janela vê-se o Corcovado” (From the window you can see Corcovado) / “O Redentor que lindo”(The Redeemer how beautiful). 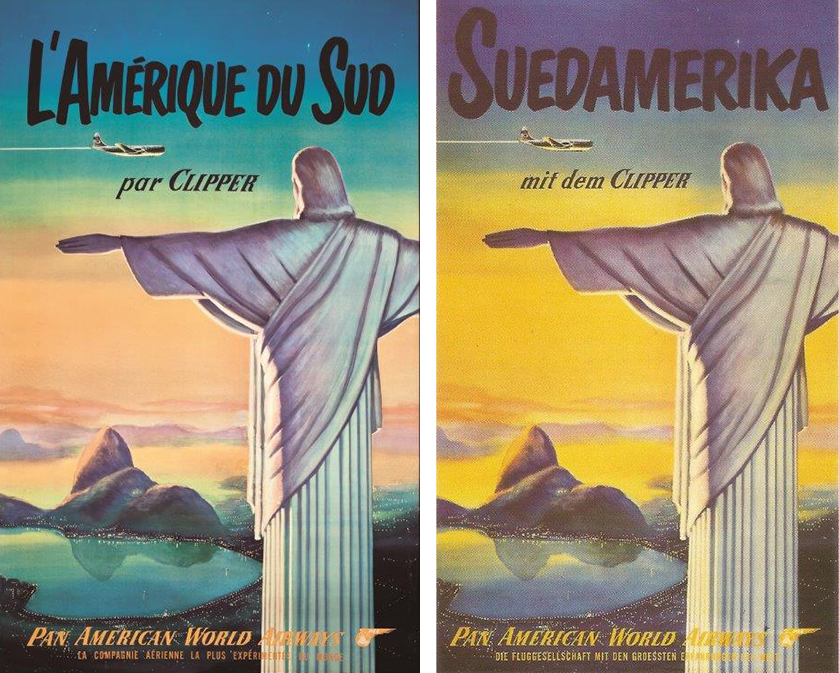 Panam Airways French and German posters with Christ the Redeemer in Rio as symbol of the gate to South America, circa 1950. Instituto Art Déco Brasil Collection, Rio de Janeiro.

The monument, masterminded by Rio-born architect Heitor da Silva Costa (1873-1947) and sculpted by French artist Paul Landowski (1875-1961), was the central theme of the Conference Paul Landowski which took place in March 2019 in Saint-Quentin’s Palais de L’Art Déco in the Aisne department in northern France. The two main guests of the talks were two Rio-born professionals: Marcio Roiter, founder and president of the Art Deco Brazil Institute, and architect and urbanist Mauricio Prochnik.

In the second half of 2020, with a twelve-million-dollar budget, a project idealized by Prochnik for the Art Deco masterpiece’s nine-decade celebration will renovate the entire site, which in the last five years has jumped to an annual visitation of two million tourists. The architect has revamped several of Rio’s museums and cultural institutions, and coincidentally has the Christ monument in his DNA. Both his parents were architects involved in different periods with the works or the listing of the monument as one of the New Seven Wonders of the World and in the National Historic Heritage of Brazil. Author of the site’s last renovation in 2003, Prochnik’s second project, which started in 2013, has finally been approved by an unending string of bureaucratic permits, among them Rio’s archdiocese and town hall, as well as the Associação dos Amigos do Parque Nacional da Tijuca. The association is in charge of the Tijuca forest, the world’s largest urban forest, where stands the Corcovado mountain crowned by the colossal Christ the Redeemer, blessing Rio de Janeiro and all its residents rich and poor alike, as we, Brazilians, have been brought up to believe.

We interviewed international speaker, author, dealer and collector Marcio Roiter, a goldmine of Art Deco erudition, the style to which he has dedicated his life. 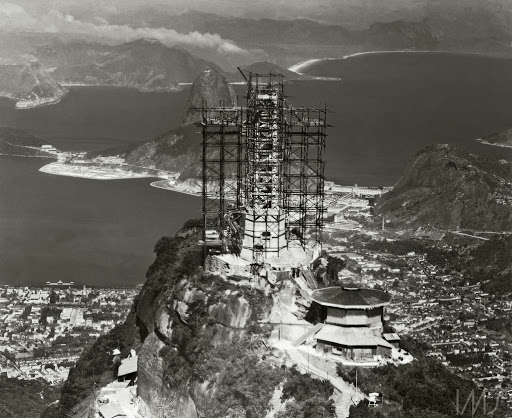 The monument under construction, circa 1930.

Marcio, what was the intention behind the Christ the Redeemer statue at the time it was inaugurated?

The inauguration happened on October 12, 1931. Cardinal Leme, representing the archdiocese of Rio de Janeiro, that runs the monument to this day, was side-by-side with Brazil’s new president, Getúlio Vargas, while military airplanes provided the aerial show fanfare. The Christ the Redeemer monument is an homage of the Catholic Church to the world’s largest Catholic country. At the time it sealed the cooperation between the Vargas government and the church. It is an artistic and engineering prowess that promoted Brazil’s state-of-the-art building technology to the world by crowning a seven-hundred-meter (2,300 feet) mountain with a thirty-eight-meter (125 feet) high statue. Built to symbolize the Catholic Church, the monument became an ecumenical symbol, fostering unity throughout the world. 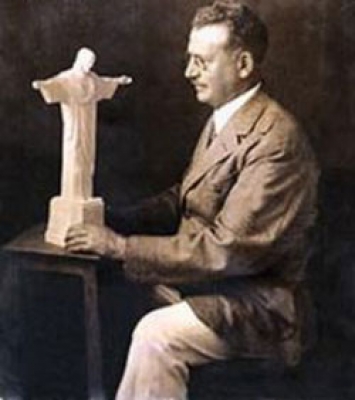 Brazilian architect Heitor da Silva Costa, author of the project of the Christ monument, with the first model of the statue, 1926.

Who were the professionals in charge of the endeavor?

In 1926, the project by Heitor da Silva Costa won the competition for the construction of the Christ monument in a contest launched by the Catholic Church. Since the technical difficulties were tremendous, he went to France to invite Albert Caquot, the French engineering genius of the day. To create the sculpture’s esthetic treatment, another masterstroke of Silva Costa was the choice of one of France’s most prominent sculptors, Paul Landowski. He had several monuments to his name, had studied at the Académie Julian, graduated from the École nationale supérieure des Beaux-Arts, had won the Prix de Rome in 1900—Landowski was very prestigious. In Boulogne-Billancourt, a suburb of Paris where he had his studio, there is a museum dedicated to his work with over 100 works on display. The Christ The Redeemer project was one of those magical historical moments when the best brains were available at the same time, joined by the same aim and with the amount of money to achieve an excellent result. 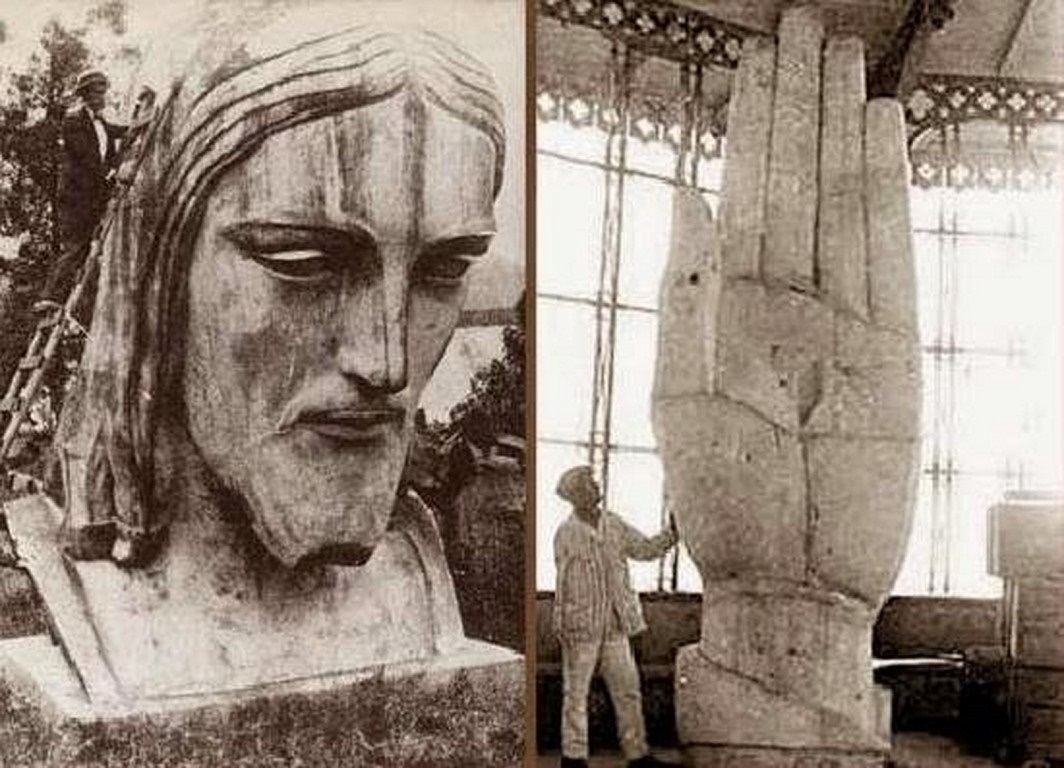 The head and one hand of the Christ, studio Paul Landowski, Boulogne-Billancourt, circa 1926. Courtesy of Mme Elizabeth Caillet / Landowski family.

Was the Christ statue entirely built in Rio?

No, only the head and the hands were sculpted in Landowski’s studio in Boulogne-Billancourt. The three pieces were sent by ship from France to Rio. 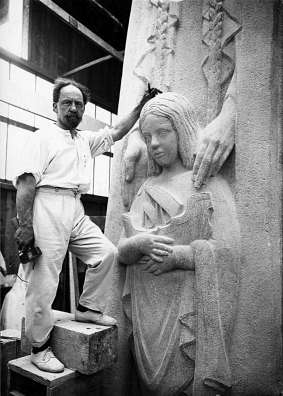 Sculptor Paul Landowski working on the monument to Saint Genevieve, installed in 1928 at the entrance of the bridge de la Tournelle, Paris.

Why did Landowski never visit Rio to see in person what in the end became his lifetime’s chef-d’oeuvre?

In the 1930s travelling from Paris to Rio required a month by boat. Landowski had a grandiose dream, to build the Temple de L’Homme in Paris that was never erected, but the project occupied most of the second half of his life. He was a talented sculptor and a very active, stout man, with an intense academic life as a teacher always involved in several projects, but he was also a demanding perfectionist invariably unsatisfied with the end results of his doings and works. 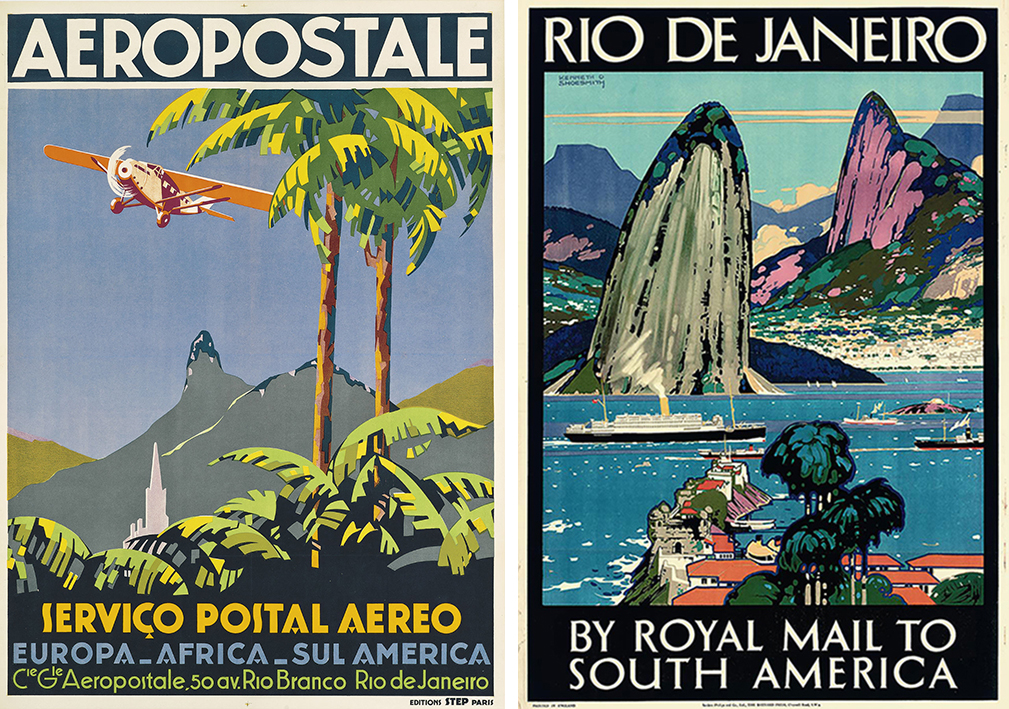 Tell us about some curiosities during the construction.

In Paris in 1925, during a visit of architect Silva Costa to one of the city’s iconic covered arcades in the Champs Élysées, the stone mosaic cladding of the fountains caught his eye. That is where Silva Costa got the idea to clad the outer layer of the Christ the Redeemer in soapstone. Soapstone has a slightly green color and being a soft stone it is easy to carve. It is also durable, heat-resistant, has insulating and impermeability characteristics—just what was needed. Not only that it is an indigenous stone with a certain shine that renders the Christ in a mystic aura in the sunlight. For the task, he requested the hands of Catholic ladies of Rio’s society to help assemble the soapstone mosaic onto metallic mesh sheets that in turn would be cemented over the Christ’s concrete structure transforming the endeavor into a contribution from all walks of society. 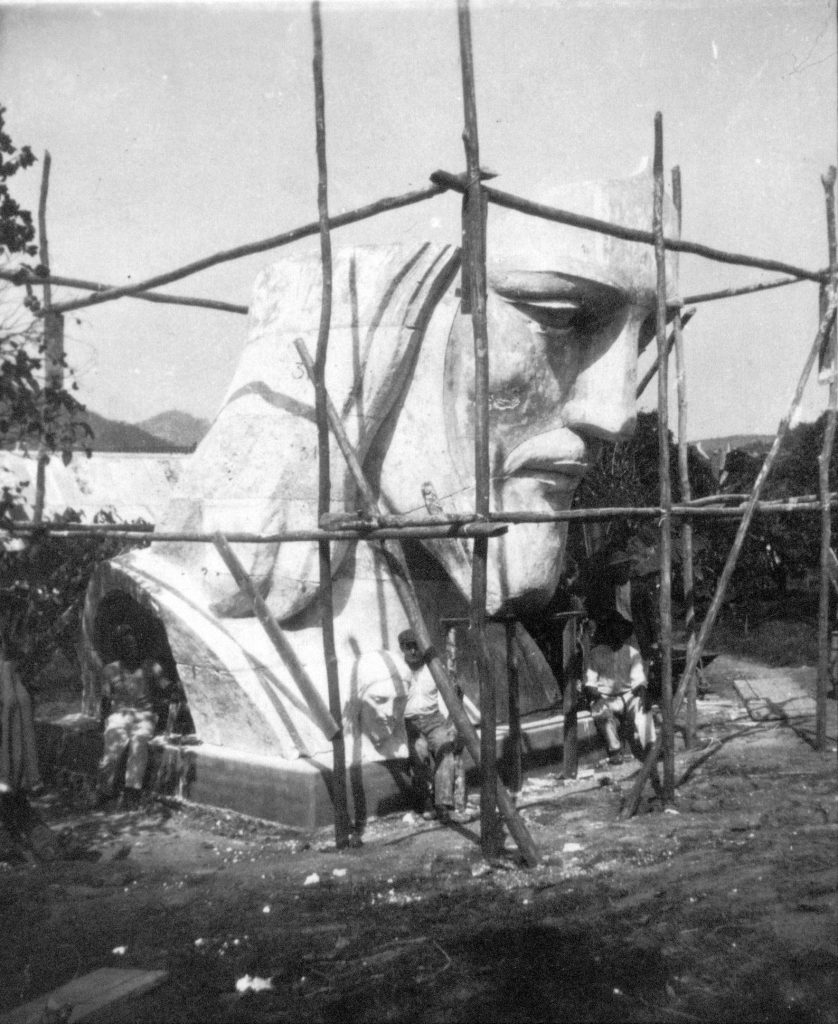 Head of Christ the Redeemer on the building site, Rio de Janeiro, circa 1929.

What were some of the main challenges?

To place the monument on the peak of a granite mountain 700 meters tall was an engineering feat comparable to the pyramids in its time. Lodging for the workers was built on the site, which had a relatively small area to keep the huge amount of building material and execute all the necessary works. Not to mention the enormous danger posed by the topography and the lax safety requirements of the day. The site engineer, Levy, who was Jewish, nearly lost his life. He later revealed he was miraculously saved by the Christ and converted into Catholicism. Not only that—when the concrete was poured on the Christ’s heart, he placed a bottle with the names of his family members guaranteeing divine protection forever. Another significant aspect of the work was cutting a substantial amount of the tip of the granite peak to landscape it into terraces to accommodate not only the statue but also the access, services, etc. I wonder what today’s preservationists would say.

In 2011 the congress organized by the Art Deco Brazil Institute was dedicated to the statue of Christ the Redeemer, the world’s largest art déco style monument. However the event became the backdrop for discussions between the heirs of the Brazilian engineer Heitor da Silva Costa and the French heirs, the Landowski family. As founder and president of the institute, as well as organizer of the event, what is your opinion?

The 11th World Congress on Art Déco was organized in Rio because 2011 celebrated eighty years since the construction of the Christ. We had the monument stamped on the event’s poster and had a day for talks and a round table to discuss the Christ, the world’s largest Art Déco monument. The author of Landowski’s catalogue raisonné, Michele Lefrançois, and Adon Peres, author of the book “Le Mur des Réformateurs à Genève et le Christ de Rio,” published in Switzerland in 1999 on the Reformation Wall in Geneva and Rio’s Christ the Redeemer, both projects with participation by Paul Landowski, do not agree with Bel Noronha, great-granddaughter of the mastermind of the project, Heitor da Silva Costa, as she tried to lessen Landowski’s role in the end result. It all comes to the fact that Silva Costa was an architect, not a sculptor. The proof is in the commemorative postcard of the monument’s inauguration in 1931, published with the name and profession of the two: Paul Landowski, sculptor, and Silva Costa, architect. The Landowski family recognizes Silva Costa’s role as author of the project, responsible for picking the professionals for the endeavor. 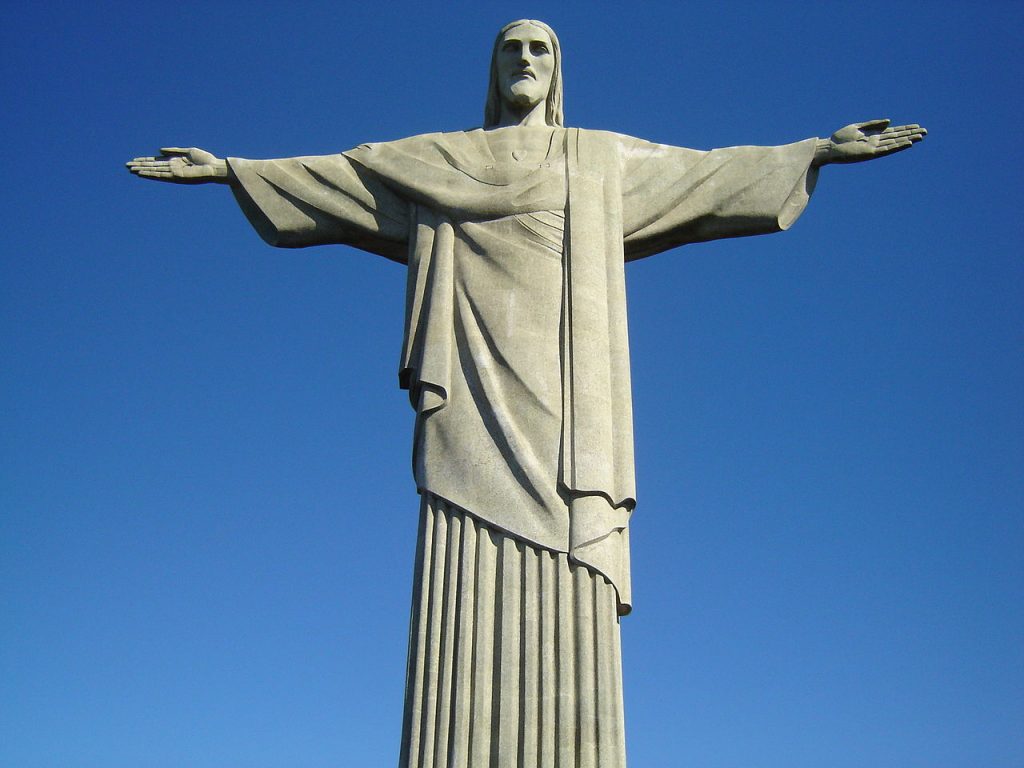 Is there a legal process running on the authorship of the monument?

No, there is nothing in this regard. What the Landowski family claimed was the “droits d’auteur” or copyright, very common in France. However, in a recently discovered letter addressed to the archdiocese of Rio de Janeiro, that manages the monument, Landowski clearly states he gave up his rights on the Christ and thus ended the discussion. The Landowski family intends to donate a bust of the sculptor. In October 2019, I became the intermediary of this offering to the archdiocese, which is presently analyzing the proposal since it plans to create the Museum of Christ the Redeemer.

Many still believe the Christ monument was a gift from the French government to Rio. Can you clear that up?

The Statue of Liberty was a gift from the people of France to the people of the United States, which was not the case with the Christ monument. It resulted from donations of Brazilian Catholics from north to south. To this day we don’t know the total contributions nor the cost of the monument’s building. Church secrets? We’ll never know. 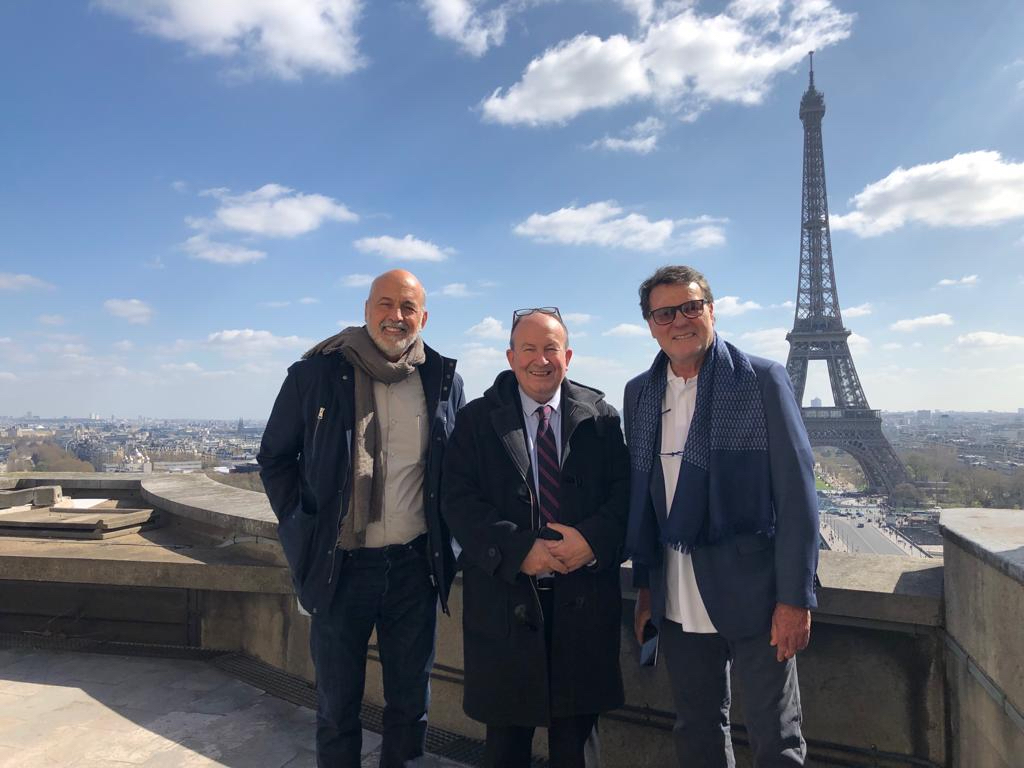