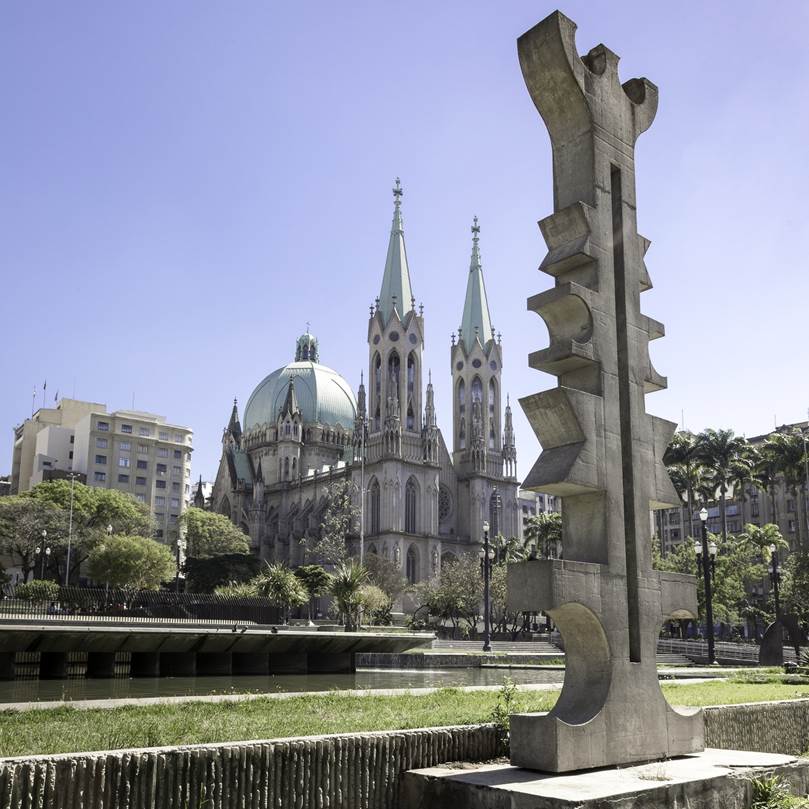 In an effort to democratize arts and culture, São Paulo kicks off 2020 with a celebration on January 25 of its 466th anniversary, with the restoration of eleven percent of its public sculptures. Forty-two of the city’s collection of 380 tridimensional artworks in open-air areas by the country’s top visual artists finally got their due, thanks to the state government, the Proac program and the sponsorship of big Brazilian manufacturer Bombril, which appropriately specializes in cleaning products. The priceless collection was brought back to its original cachet by a team of experts headed by fine-art conservator and heritage restorer Julio Moraes. 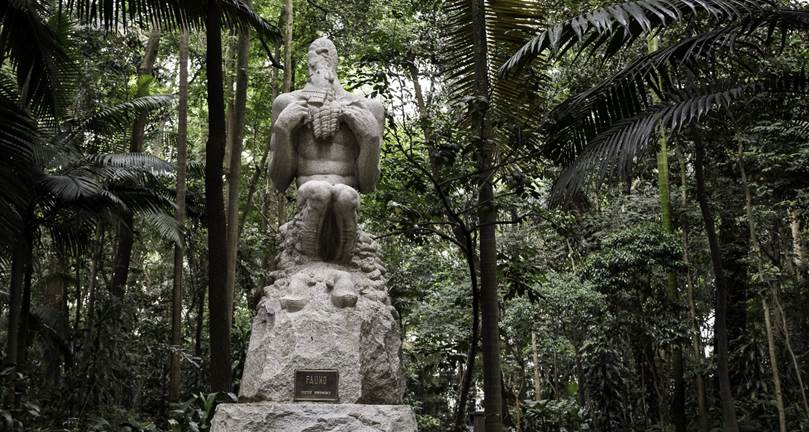 Midway on Paulista Avenue, opposite MASP museum, the Trianon Park, founded in 1892 as a closed park for the São Paulo elite, now has three of its statues revamped. Two are classical designs, a 1952 traditional bronze bust of Uruguayan urbanist Joaquim Eugenio de Lima, planner of the Paulista thoroughfare, and a full-body white-marble sculpture of Anhanguera (1934), the Tupi Indian name that went down in history of the seventeenth century bandeirante (settler) Bartolomeu Bueno da Silva, interpreted here as a muscular macho man, clearly influenced by Michelangelo’s David. Caveat: Shouldn’t this category of national hero in the old-fashioned sense of the word be viewed critically now, for their treatment of the indigenous people? Well, an encouraging sign is right across the street. A major step in inclusion and diversity was recently taken by the world-class MASP, as it engaged as museum assistant curator, Sandra Benites, a forty-five-year-old Guarani Nhandewa Indian woman with a doctorate in anthropology. 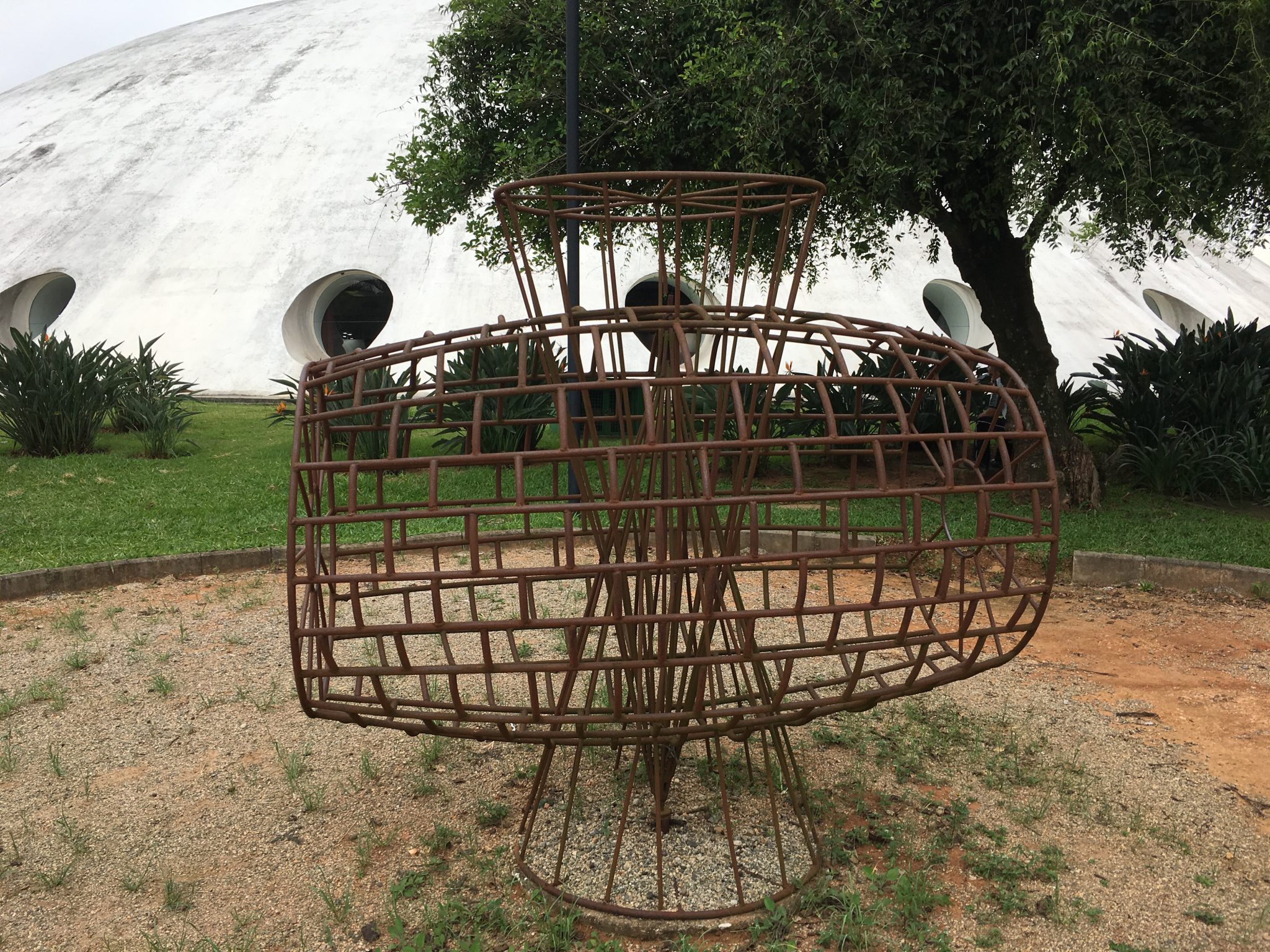 Stylistically far superior and by a name inscribed in Brazilian art history, is “Fauno” (faun), by Italian-born Victor Brecheret, our most revered Art Déco sculptor. “Fauno” was originally conceived for another, more open-viewed square, but the shocked local clergy deemed it too “diabolical” so city hall concealed the statue in the shady Trianon. Since then the four-meter-high 1944 granite allegory on a pedestal of the mythological half-human, half-goat creature in sophisticated Egyptian profile is unnoticeable from the avenue’s passersby, a 50,000-square-meter enclave of the original Mata Atlantica forest preserved in the heart of the emblematic artery. 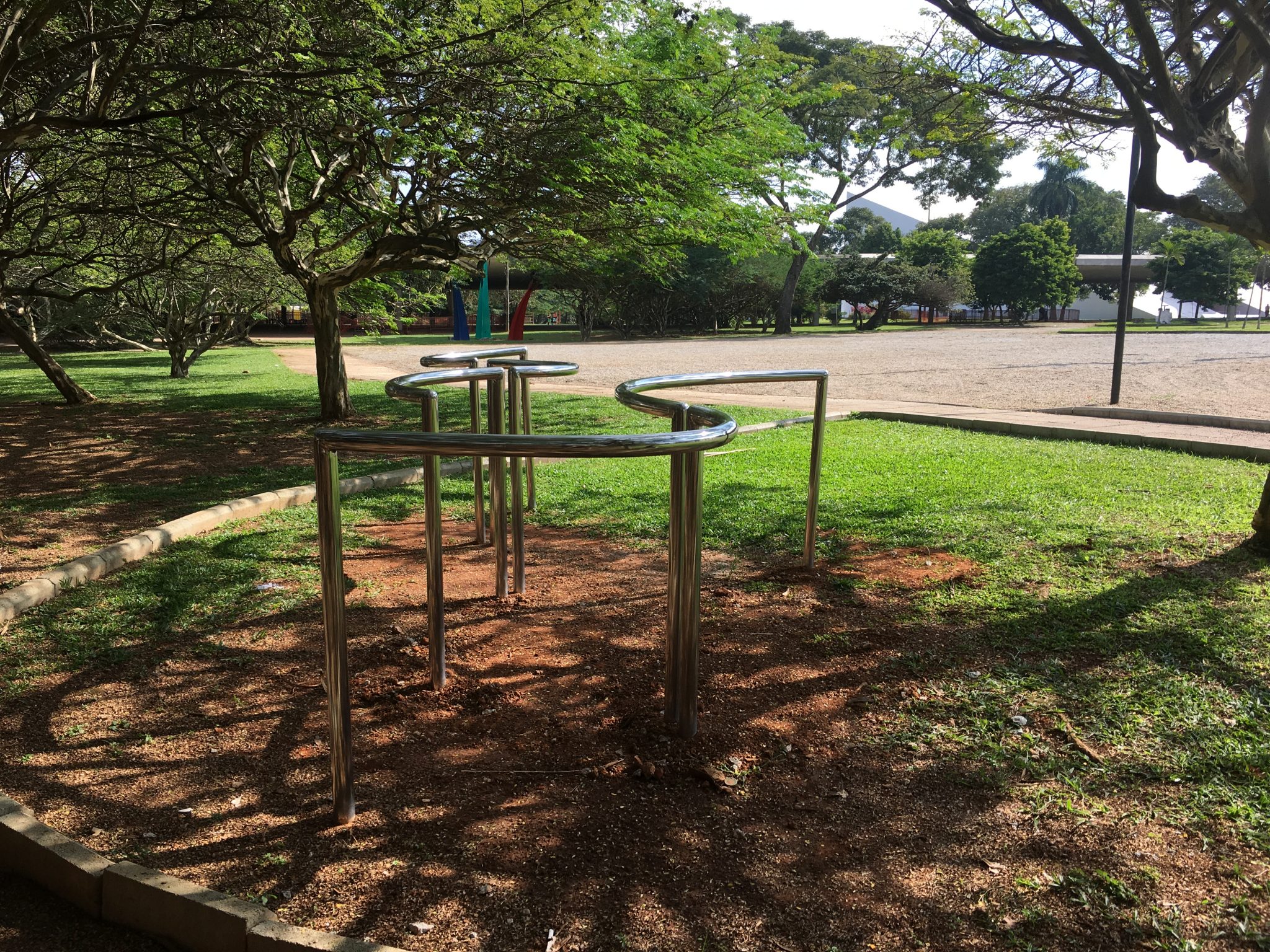 We interviewed the creator of the project, executive producer Eduardo Lara Campos, director of Sequóia Produções. 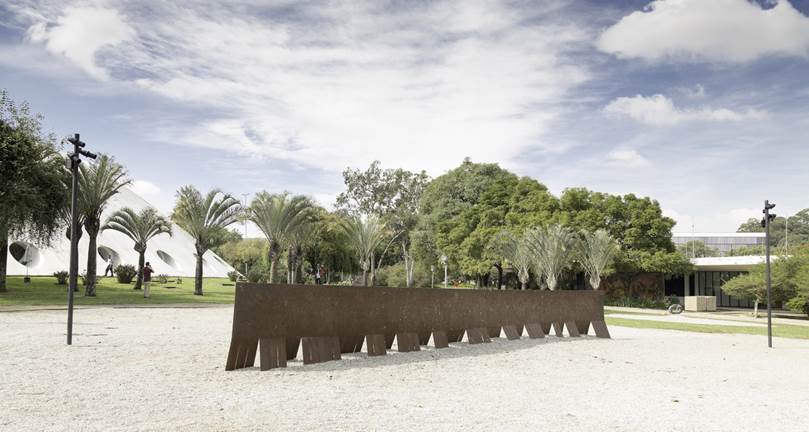 Tell us how the project was organized.

After much on-site research, three places in the city of São Paulo were selected by our team of experts based on three basic principles: historical importance of the place itself, relevance of the group of artists and the condition of the pieces in need for restoration and conservation. The project aimed to keep the sculptures as close to their original condition as possible for as long as possible.

Now tell us about the restoration work.

It involved having each single sculpture getting specific treatments according to materials and state of conservation. First they were all cleaned, then they had graffiti removed as well as stains, spots and discoloration produced by foreign matter or weather that penetrated into the material or chemically reacted with the material of the sculptures. Then came welding, painting, polishing, etc. 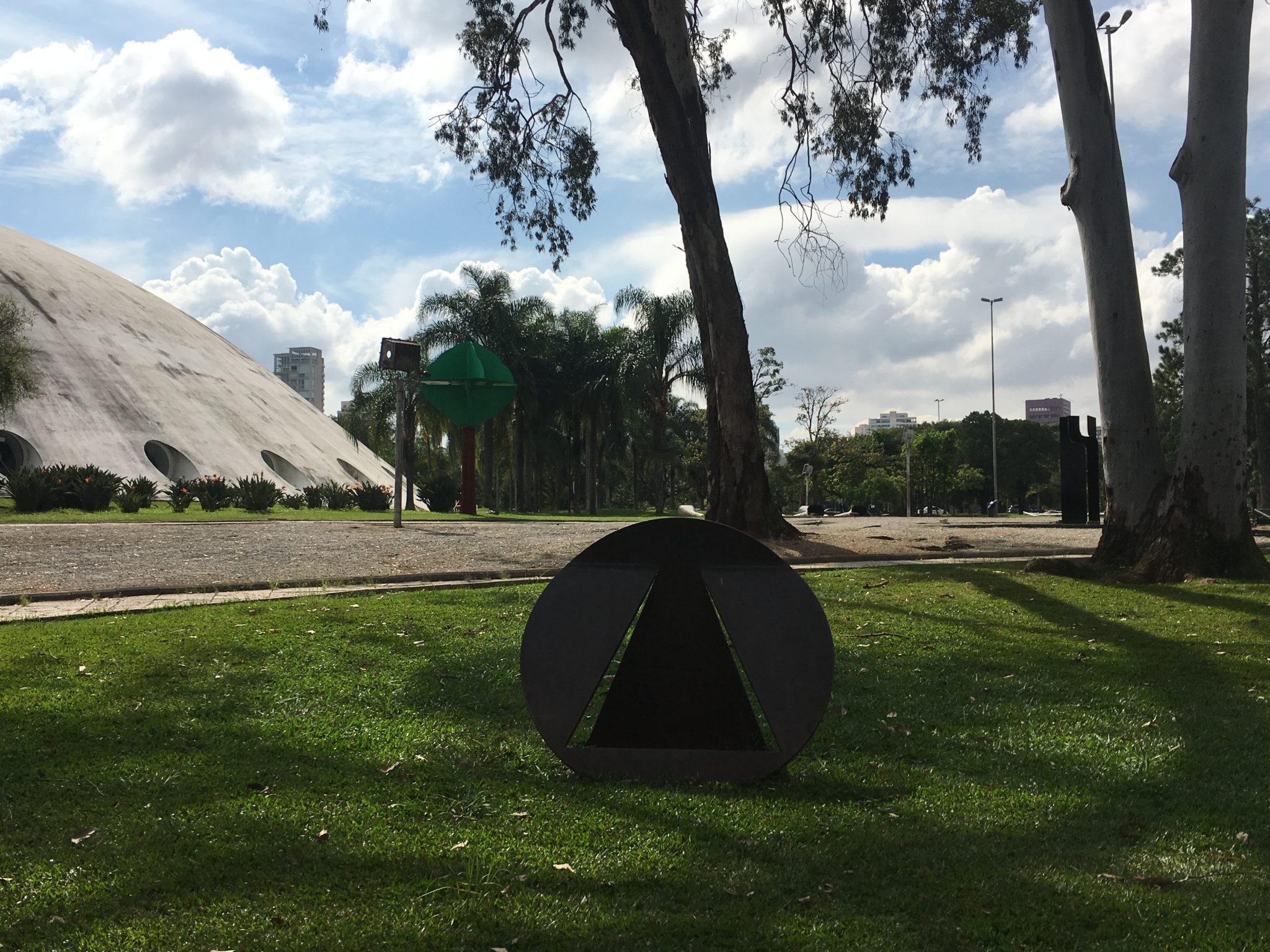 What was the first area restored?

The first phase focused on the sculptural group of the Praça da Sé square, the city’s central point that marks the distance of all of the streets of São Paulo. The highlights are Abertura (1970), a steel sculpture by Amilcar de Castro; “Voo” (1967), by Caciporé Torres; “Nuvem Sobre a Cidade” (1979) by Nicolas Vlavianos; “Emblema de São Paulo” (1979) by Rubem Valentim; and two untitled works, a sculpture in stainless steel by Mario Cravo Junior, and a Carrara marble work by Sergio Camargo. The Sé square also displays São Paulo’s zero point, a hexagonal prism in marble and bronze created by Jean Gabriel Villin and Americo Neto, which was only in need of conservation and cleaning until a truck hit it while we were working on the project. It was all over the news but the damage done fortunately was only a broken edge that was restored back in place. 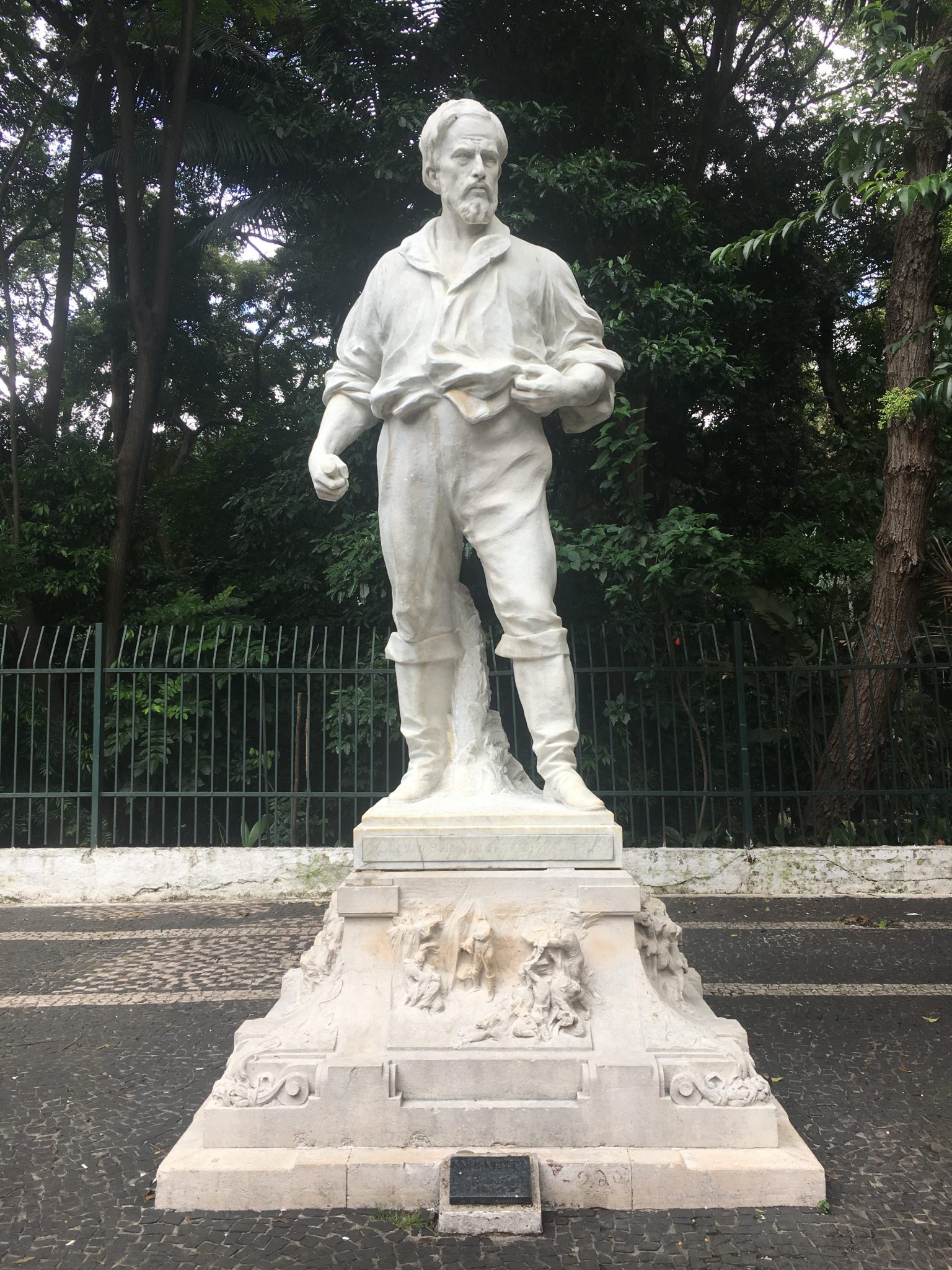 What region came next?

From the collection of the Trianon Park at Avenida Paulista, the second phase of the project, we restored only three sculptures: “Fauno” (1944) by Victor Brecheret, “Anhanguera” (1935) by Luís Brizzolara, and the bronze bust of Joaquim Eugenio de Lima (1952) by Roque de Mingo. 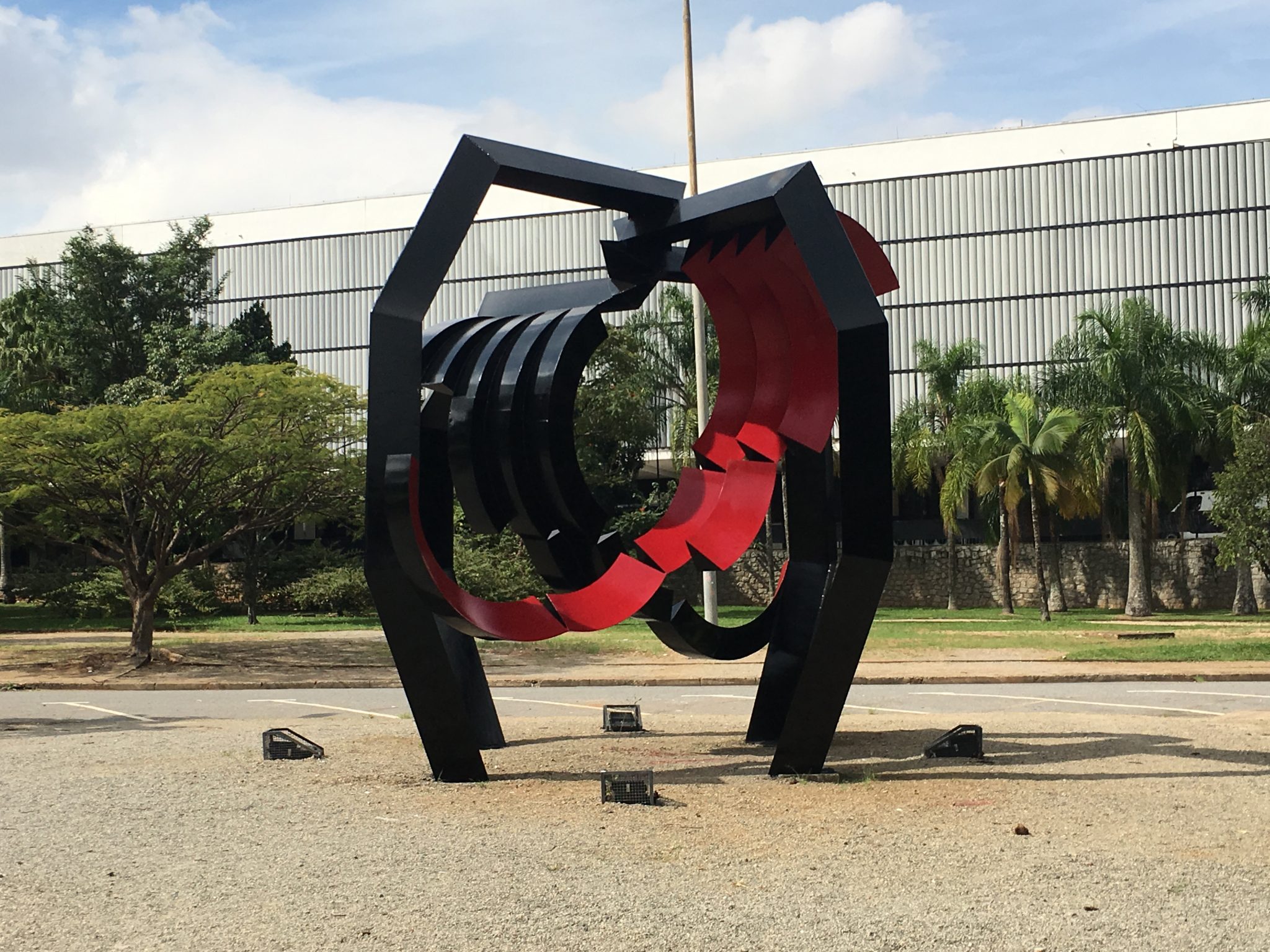 And the third phase?

We restored all of the thirty sculptural works of one of Brazil’s largest open-air collections, the Jardim de Esculturas by landscape designer Burle Marx at the MAM museum in Ibirapuera Park. It is an impressive group because the works are by important contemporary artists, such as “Cantoneiras” (1975) by Franz Weissmann, “Tetraedros” (1997) by Servulo Esmeraldo, “Carranca” (1978) by Amilcar de Castro, “Sete ondas – uma escultura planetária” (1995) by Amelia Toledo, “Aranha” (1981) by Emanoel Araujo, “Laminescate” (1991) by Luiz Hermano, “Corrimão” (1996) by Ana Maria Tavares, “Craca” (1995/96) by Nuno Ramos, “Sectiones Mundi” (1988) by Denise Milan and Ary Perez; and a 1997 untitled work in Corten steel by José Resende. 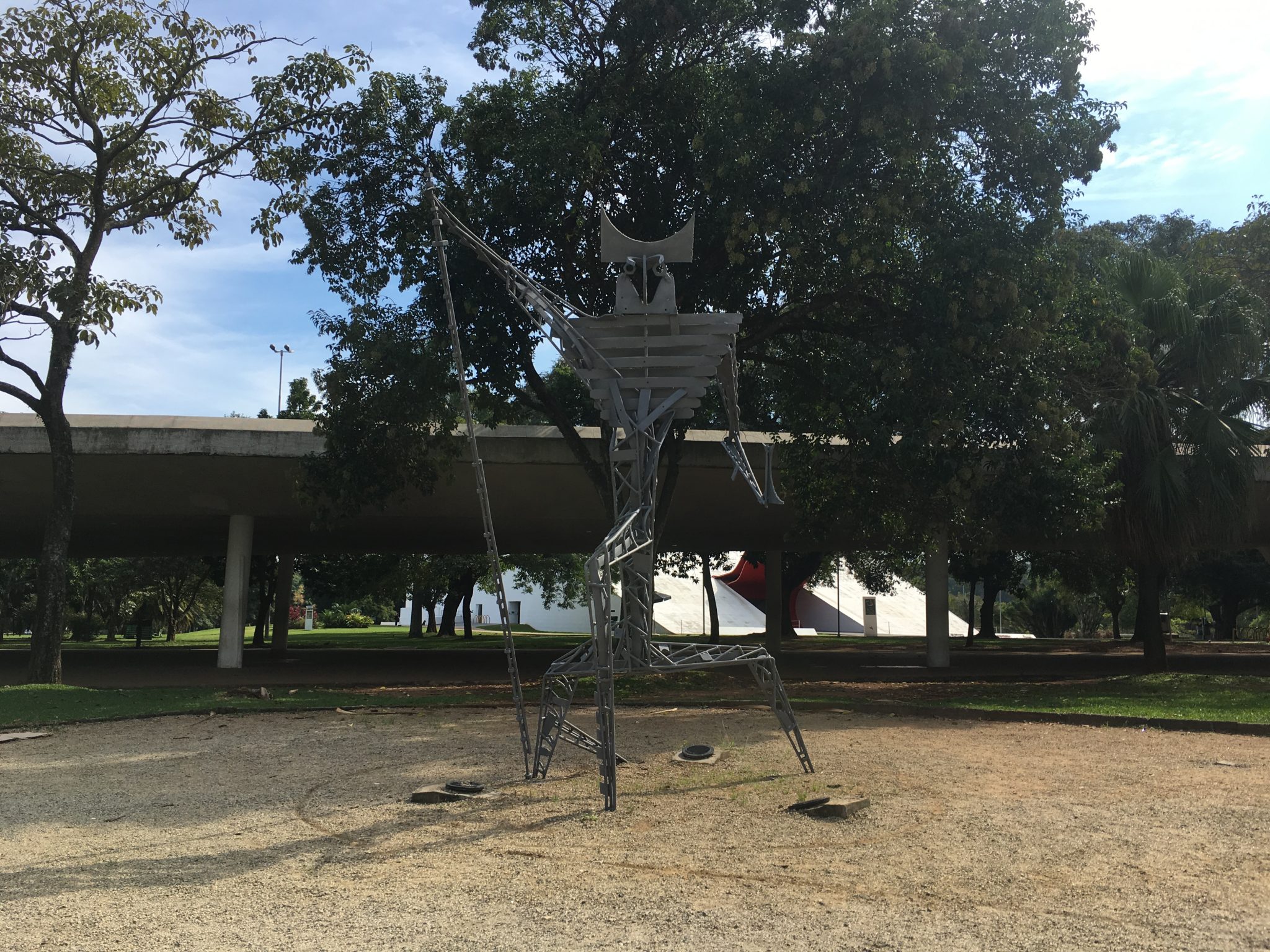 After having coordinated this project for our cultural heritage what is your message?

We hope the project raises greater awareness of artworks in open-air public spaces. Greater cultural awareness strengthens our community, bolsters the feeling of belonging and grounds the individual in society. 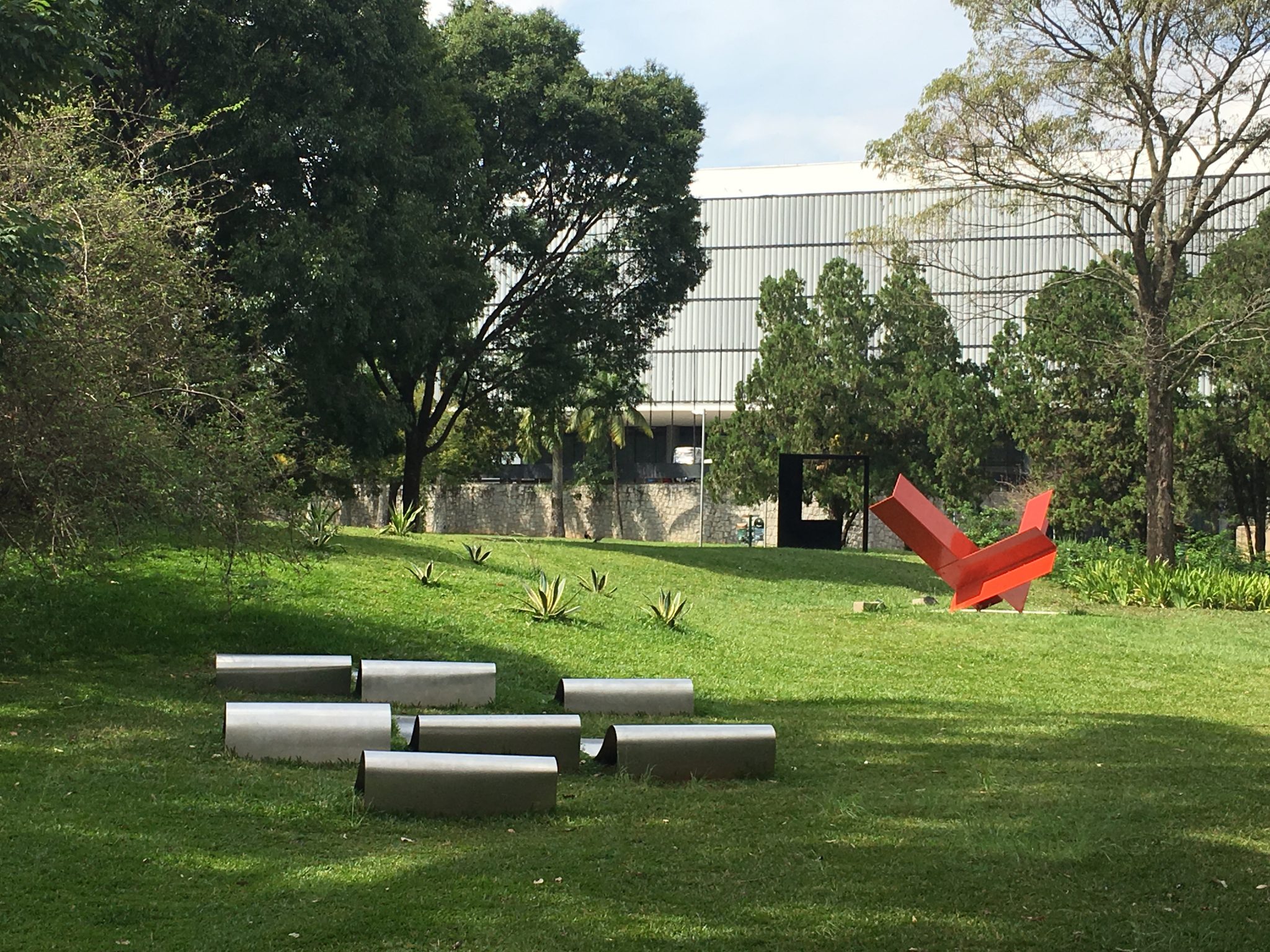