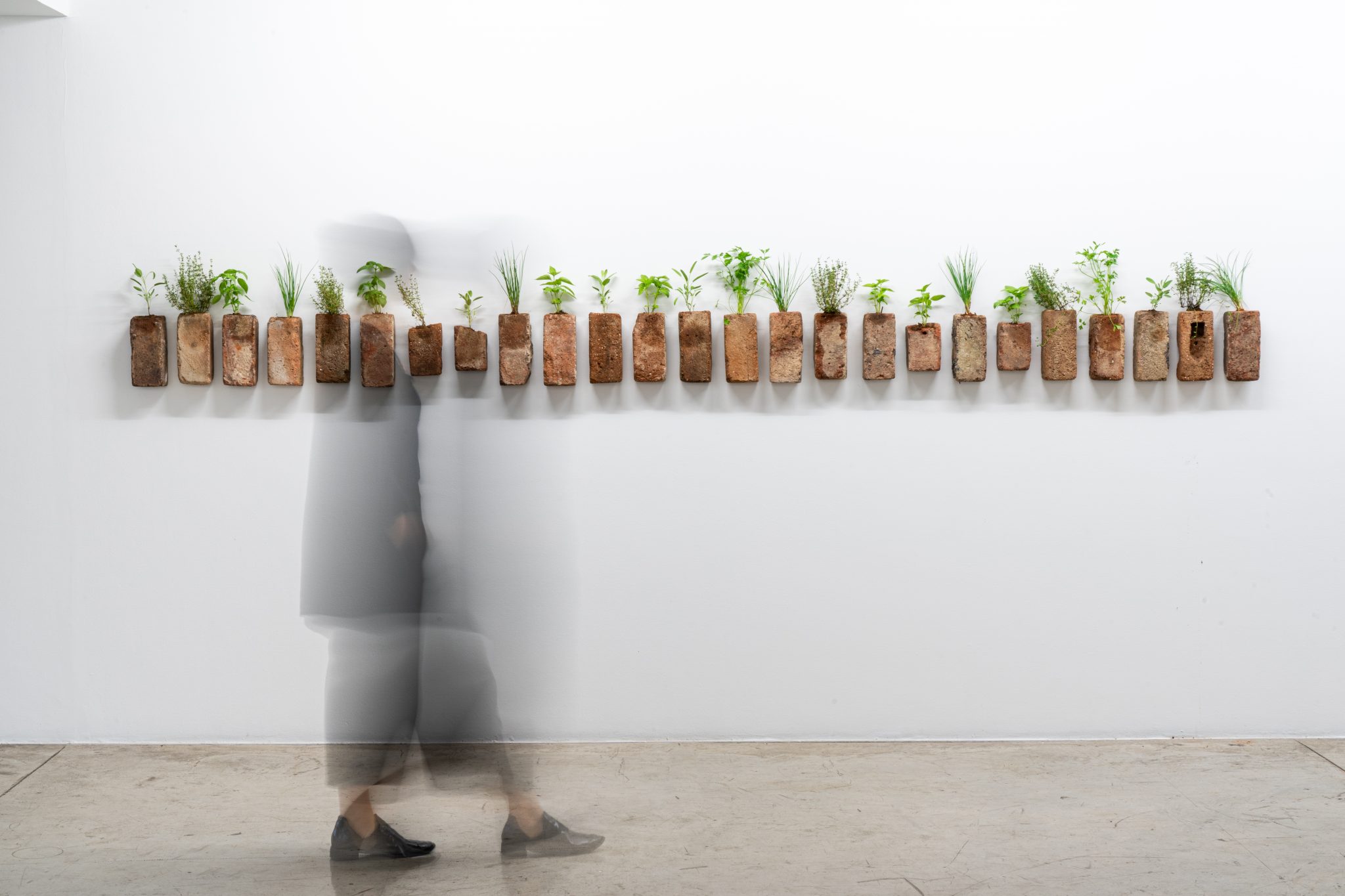 Inspired by the French objet trouvé (found objects), works by Brígida Baltar, Cao Guimarães, Fábio Miguez, Lucia Koch, Milton Machado, Paulo Bruscky, Raul Mourão, Sérgio Sister and guest artist Marlon Azambuja are on view at Estruturas Encontradas (Found Structures) in São Paulo’s Galeria Nara Roesler. The gallery, which has branches in Rio and New York, is now under the ‘curatorial inflection,’ as the recently instated curator Luis Pérez-Oramas, puts it. The influential Pérez-Oramas was MoMA’s curator of Latin American art for fourteen years (2003-2017) as well as curator of São Paulo’s thirtieth Bienal in 2012. He modestly explains his curatorial vision, a major step in the three-decades’ activity of this far-sighted Brazilian gallery. Pérez-Oramas has a rare encyclopedic knowledge and is an art historian, writer and poet—the motto of his São Paulo Bienal was “A iminência das poéticas” (The Imminence of Poetics). In Estruturas Encontradas, his curation of the thirty works, most of them in small formats, brings poetic refinement and intellectual subtleties to the exhibition, with a fine-tuning that is high-spirited and not intimidating.

Although the artworks represent different sensibilities, his curatorial hand is able to arrive at a common ground, striving for something less rational and more fluid, with delicately constructed poetic tensions. For example, Brígida Baltar’s enameled ceramic sculpture of what seems to be a sienna-colored oceanic bird atop a rock, “A Carne do Mar I,” is placed within a respectful distance from Fábio Miguez’s small-format untitled painting of a palazzo and its tower from his “Atalhos” (Short Cuts) solo exhibition in the same gallery. The thirty-by-thirty-centimeter canvas is an understated appropriation of a soft-toned building covered by a sienna-colored roof tile Miguez spotted in the background of a fresco by Quattrocento Tuscan master Piero della Francesca.

The concept of the objet trouvé is explored through the Brazilian slang version of jury-rigging, gambiarra. Using the ongoing Gambiarra series by photographer and video-maker Cao Guimarães to tie the knots throughout the exhibition, the curator selected seven photos of whimsical makeshift situations captured by the Minas-born multimedia artist. The series finds a special echo in three playful sculptures by urban-inspired Rio-native Raul Mourão. One of them is a birdhouse that dangles from a nylon thread next to a small canvas painting of a very similar and plain one-door house by Miguez—a fragment from another Florentine fresco? Then there is the well-aligned sienna-colored brick installation by Baltar, “A Horta da Casa” (1996/2019), a makeshift herb garden springing from pots made from old bricks that relates to Sérgio Sister’s 2013 work “Tijolinhos” (Little Bricks).

Another interesting parallel runs between the meticulous work with architectural/urbanistic reasoning of artist Milton Machado. As in soil or dirt, “Terras” is an elegant set of five paintings, all exactly the same dimension, painted in the same grid pattern, differing only by the nuance of their brick-color hues and the color of its rigid mesh. Machado’s precision and effort is in stark contrast to the five “Poemas Moldados” (Molded Poems) by pioneering multimedia conceptual artist and poet Paulo Bruscky, each one a sewing pattern with its flowing forms and dotted lines for size grading that the forever enfant térrible Brucsky simply tore off a patternmaking magazine and gave the graphic found object the status of art. 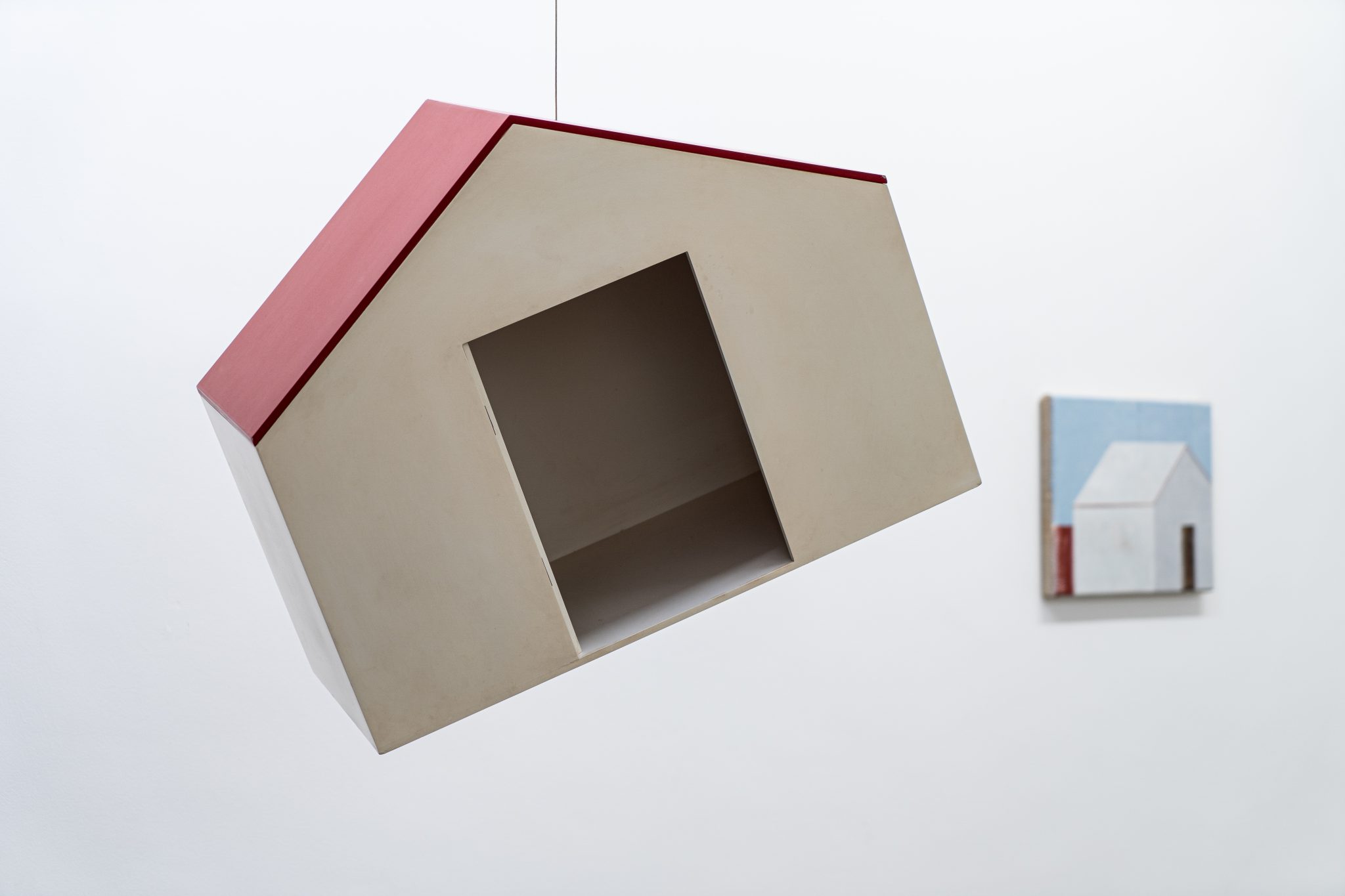 Pérez-Oramas was born in Venezuela and lives in New York City. Among others at the MoMA, he curated the first U.S.. exhibition of the works by Tarsila do Amaral that began after a four-month run at the Art Institute of Chicago. Another memorable MoMA exhibition under his curatorial expertise was “Tangled Alphabets: León Ferrari and Mira Schendel.”

Curatorship can be done in myriad ways. Rather than merely offering iconographic or allegorical interpretations, Pérez-Oramas weaves new ways to map artistic territories. He establishes essential cognitive links among the works by juxtaposing their symbolic meanings, along with their polarities and similarities, thus creating a fluid narrative with significant combinatorial elements that widens the role and understanding of art for the viewer’s sensibility and above all, fruition. 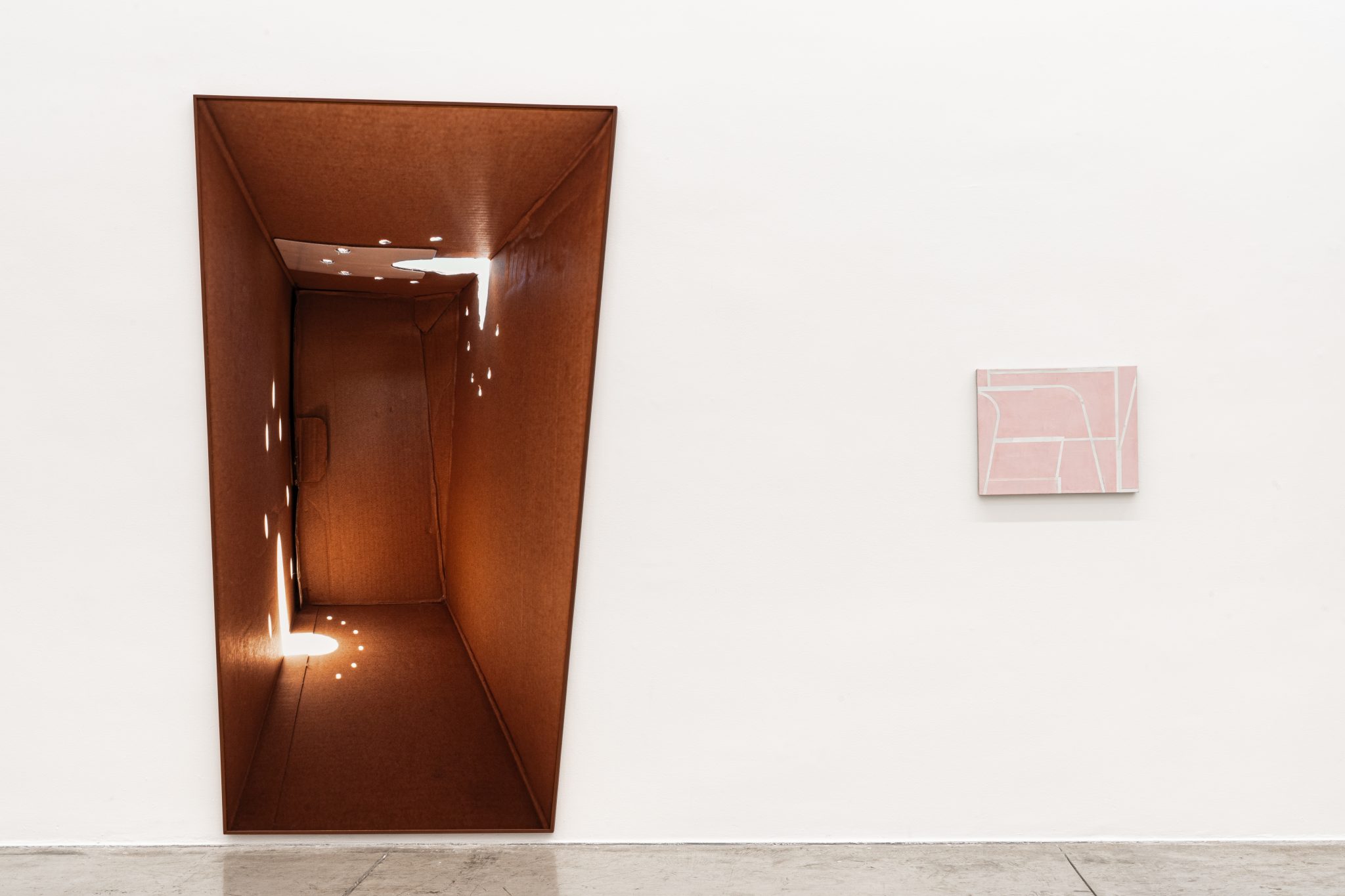 Oramas, in your introductory text you mention the ready-made, and the exhibition has a common thread: eight works of the Gambiarra series by Minas-born Cao Guimarães. Is the gambiarra, a jerry-built object, the equivalent of the Brazilian or the Latin American ready-made?

Indeed. I have always thought that the typology commonly known as “ready-made”—which we attribute with historical accuracy to Marcel Duchamp notwithstanding the possibility of a more ancient archeology for it in the history of symbolic objects—has the potentiality of being a turning-point concept for curatorial and art-historical thinking, and not only, as it has been since the past century, for art practices. In other words: Why couldn’t we try—on a practical, experimental, museological, curatorial level—a “ready-made form of art history”? Beyond their programmatic being, works of art “are there,” as objects within the world, implying countless links vis-à-vis real or potential (other) works of art…Estruturas Encontradas is a “chamber music-like” version of this possibility. Cao Guimarães’ Gambiarras are pictures of found-objects organized as informal, functional structures and, in that sense, they mark one of the curatorial lines or leitmotifs of the show. Otherwise, the “gambiarra” is a typology broadly present in the world, not only in Brazil or Latin America. 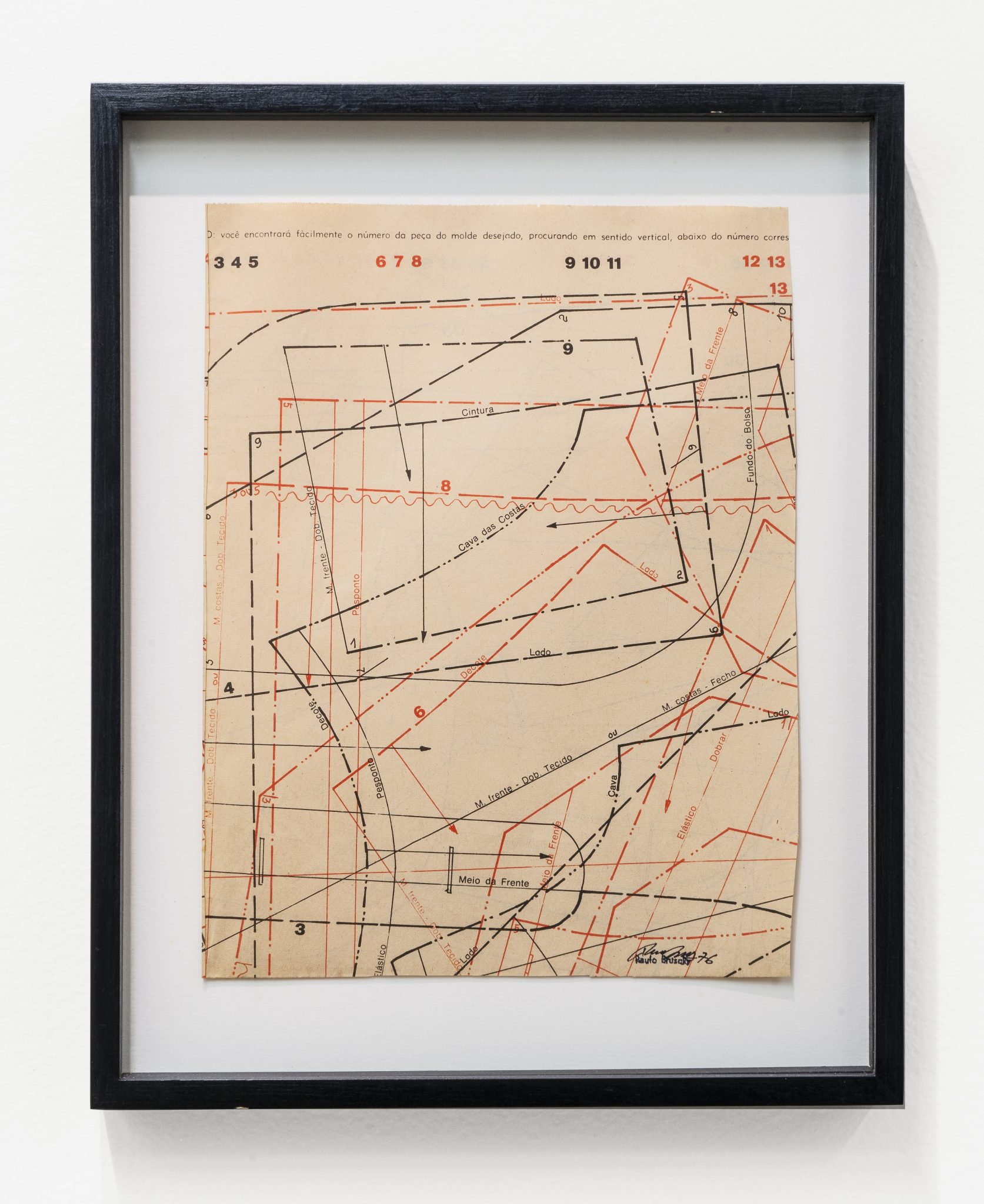 Another common thread related to gambiarra is the puxadinho, the architectural version of the gambiarra. Both words have in themselves an état d’esprit or mindset that are very much Brazilian in their sounds and close meanings. How do you explore this in the exhibition?

You are right pointing out the architectural dimension of informal structures—what is “there” as Oiticica would claim thinking of his “Parangolés.”  Post-factum, or into the degree that the curatorial process was taking shape as a show, I realized some links between Mourão’s, Miguez’ and Brigida Baltar’s works where some form of architecture is present. The repertoire related to the notion of structure is enormous, but generally we can say that it goes, in organisms, from the transparent simplicity of some living beings to the bi-dimensional opacity of fully developed organisms; in culturally crafted objects, from elementary representational tools—as in Milton Machado’s work—to buildings. And the house, the “abrigo,” is eponymously architectural. Most of Cao Guimarães’ Gambiarras also show elementary architectures too. 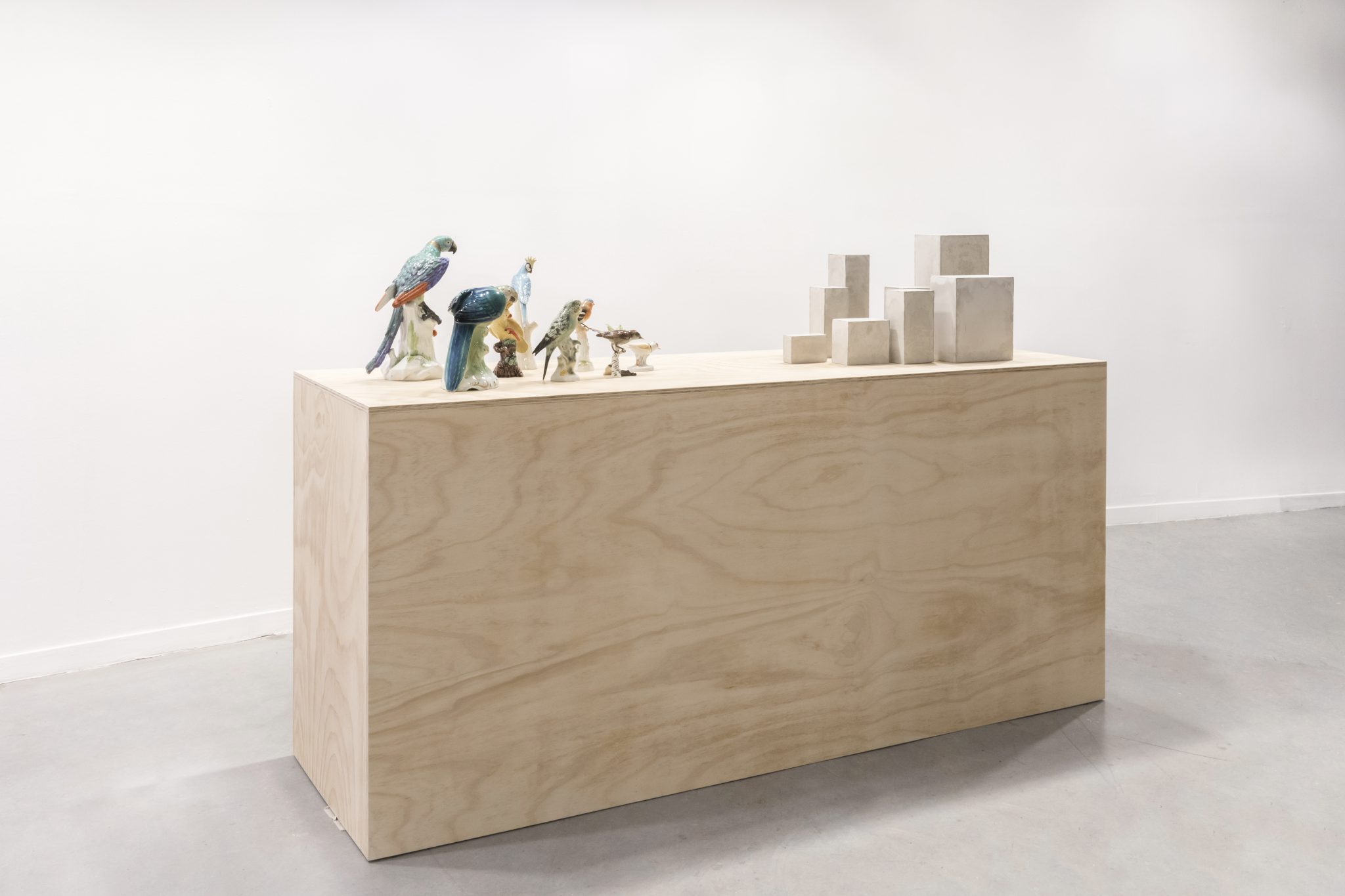 Marlon’s beautiful work came to my attention late in the process and I decided to include it because it embodies—as an almost comic frontispiece—the very idea of the show: the curator, as a curious bird, facing “already-there-structures!” Needless to say that the work is much more than that interpretation but there is also a long, noble, ancient philosophical and aesthetical jurisprudence that exists around the analogy between the artist’s gaze and birds’ vision. I believe that images come from our own animal phylogenetic development and that the animal dimension of our senses is the ultimate ground for our possibility to live within art.

Curating is also an art. You were able to create both intimacy and fluidity between works by artists otherwise very different from each other. How do you achieve this fluent narrative in a curatorship?

I try not to impose any enclosed narrative to my shows as much as I avoid curating to demonstrate ideas. I hope, and I believe, that works of art are generative apparatuses for ideas. Ideas are always post-factual vis-à-vis art. Also works of art, symbolic objects—as any piece of language—function differentially by marking a gap of difference vis-à-vis other works of art. That is my only “credo.” 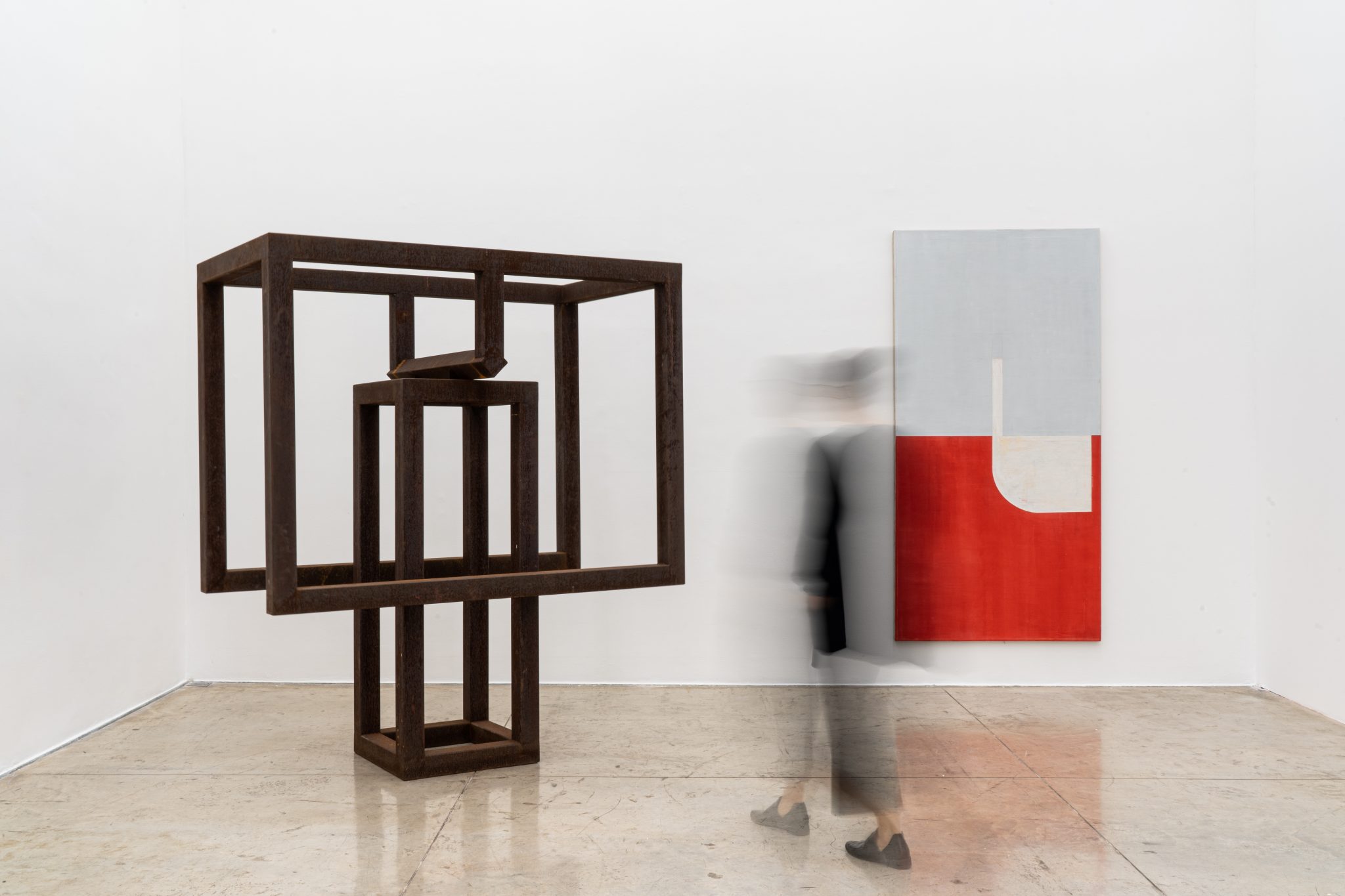 What are the elements to have in mind while curating a collective show?

There is no general rule, neither a norm. Curating is a science of concreteness. It is a practical form of reasoning. It implies building silent, sometimes purely formal arguments. I know that most of my colleagues will jump claiming scandal upon reading that statement. But if meaning is not embodied as form, what is it then? Extreme attentiveness to what works of art naturally embody and signify, extreme openness towards unexpected links and “encounters,” a sense of scale and space, and always a relational gaze.

On the other hand, what should one have in mind in the curatorship of a solo show?

Probably the same, plus a profound respect and knowledge of the artist in question. 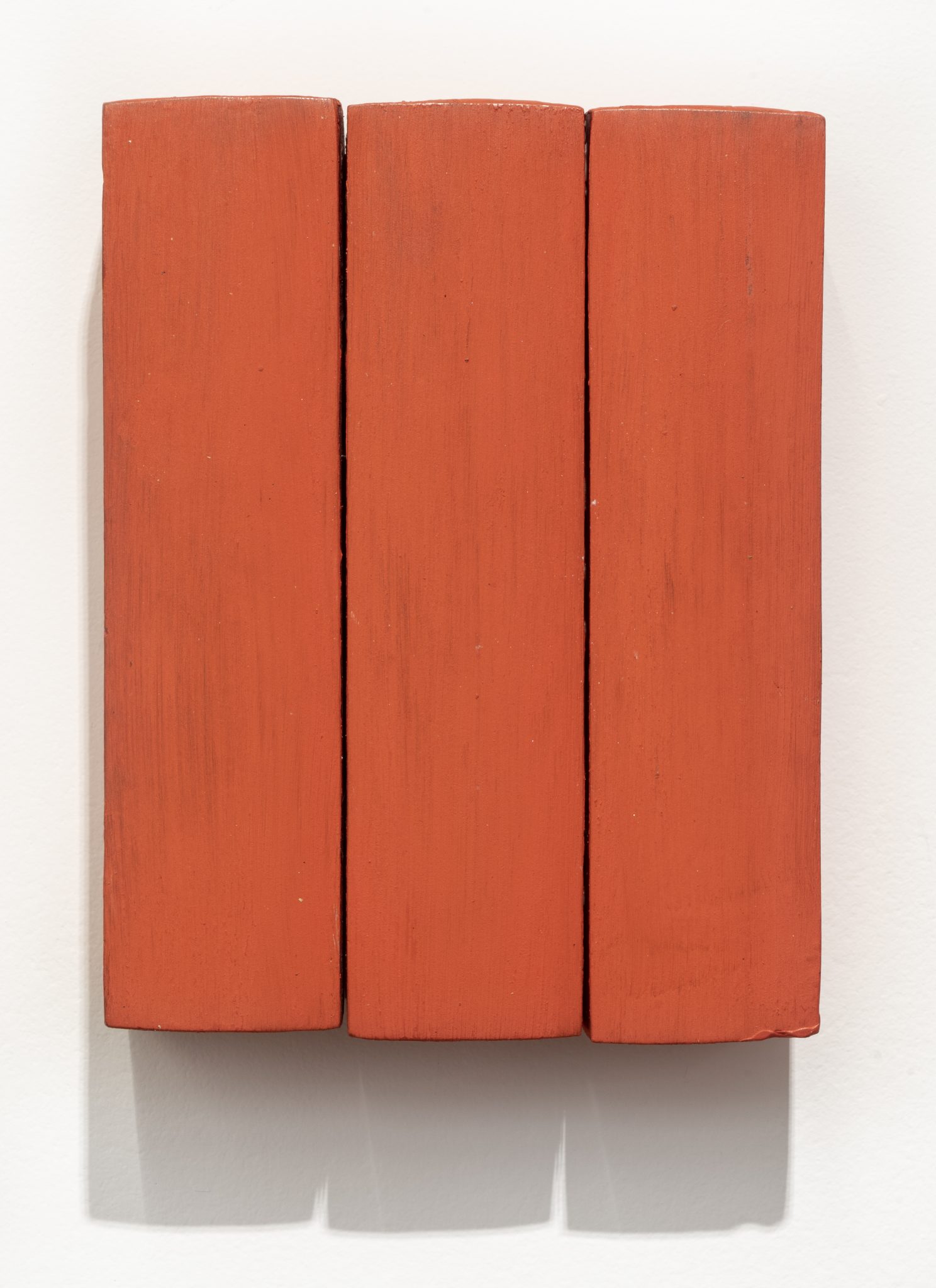 You were born in Venezuela, a country bathed by stunning warm light, with important modernist architects and revolutionary kinetic artists, such as the recently deceased Cruz-Diez. Is your fine esthetic eye guided by tropical modernism, arte cinética and abundant natural sunlight?

I do not believe in those generalizations. Our esthetic eye is able to appropriate whatever tradition or time in history fits its needs. I am fascinated by our diverse modernities in Latin America. I believe that modernity is an endless project. 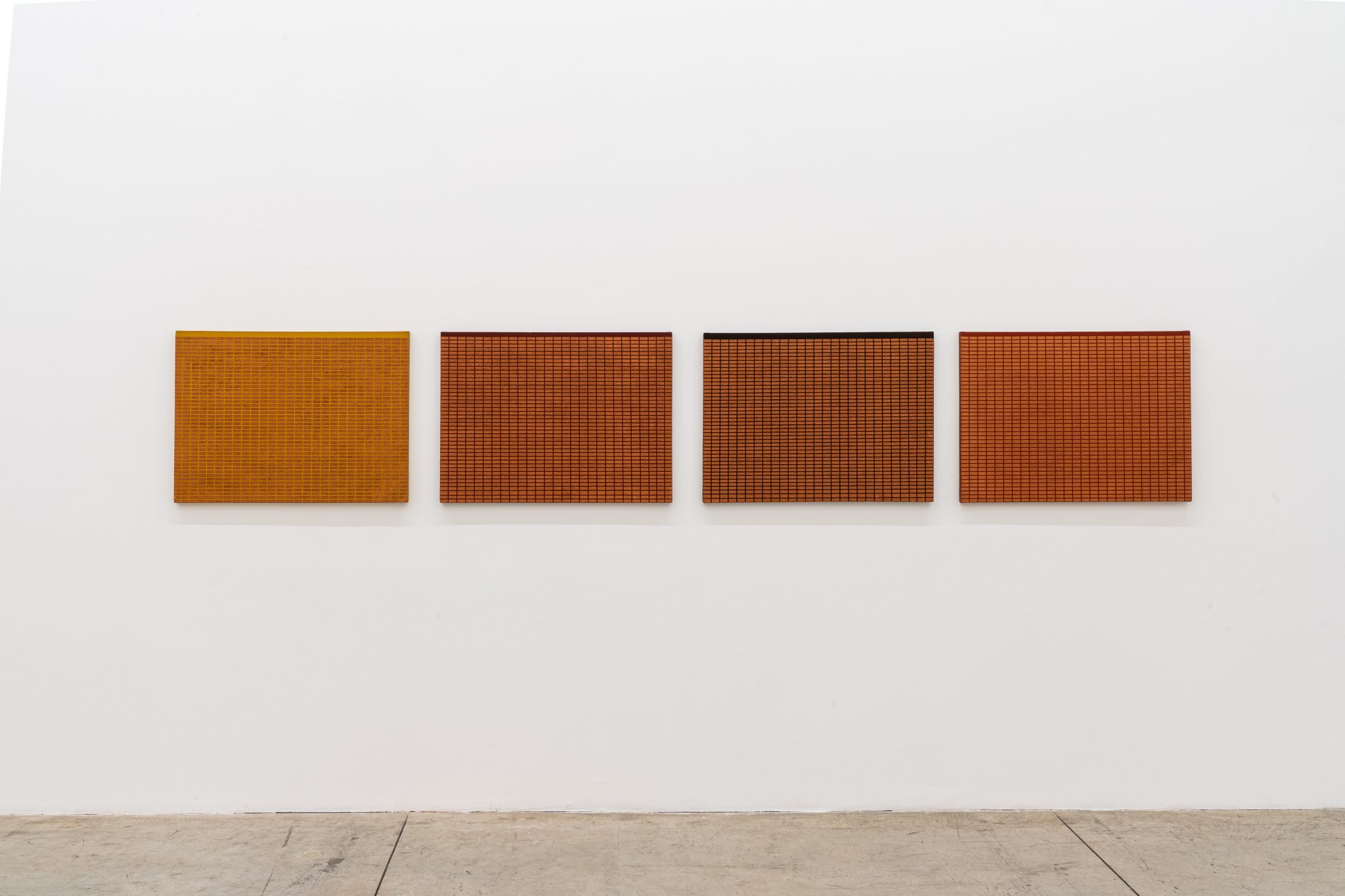 Now as curatorial consultant of Nara Roesler Gallery can you tell us some of your projects?

We have not determined a time frame for my work within the gallery. I am extremely happy and grateful to Nara for allowing me such a possibility to curate with absolute freedom. I hope that my shows, the permanent dialogue with them, a fabulous team of people, will create the conditions for a curatorial dynamism within the gallery. I am therefore the artistic director of a curatorial project at the gallery, but I am not responsible for all what happens there. I am a “curatorial inflection” in permanent dialogue with the rest, within the whole operation of the gallery.

With all this rich experience behind you, as a curator, what advice would you give an aspiring, young art collector?

Look freely. Think slowly. And try not to imitate other collections!