The second edition of Semana de Arte (Art Week), that took place from the August 31 to September 3, has found the appropriate venue at the Pavilion of Brazilian Cultures, another grand project by architect Oscar Niemeyer at the Ibirapuera Park complex, which opened in 1954 to celebrate São Paulo’s fourth centennial.  The fair’s founding group, gallerists Luisa Strina and Thiago Gomide, curator Ricardo Sardenberg and cultural entrepreneur Emilio Kalil, invited as the event’s chief curator Mexican Pablo Léon de la Barra, currently responsible for the curatorship of Rio’s MAC/Niterói museum and Latin American art at the Guggenheim. The number of participating galleries was basically the same, from thirty-nine in the inaugural experience to forty-three in the second event with a small shuffle. São Paulo-based Fortes D’Aloia & Gabriel, Mendes Wood and Luciana Brito Galeria, as well as Galería Elba Benitez from Madrid, Galleria Continua from Italy’s San Gimigniano, and Galeria Sur from Montevideo, among a few others, skipped the second edition.

Gallerist Alexandre Roesler has a partnership with his mother, Nara Roesler, and his brother Daniel, head of New York’s Nara Roesler Gallery, in the Roesler-family-owned art-gallery business headquartered in São Paulo since 1989. He revealed the gallery participates in ten fairs annually, talked about the short timing between SP Arte/Foto and Semana de Arte, and regrets the ICMS tax exemption does not yet include the art week: “The time between SP-Arte/Foto and Semana de Arte was very short, luckily both fairs are in São Paulo and we are well-structured. The fact Semana de Arte does not benefit from the ICMS tax exemption, shared by both SP Arte and ArtRio since 2012, is a pity for the collector. The tax non-exemption is felt more by the foreign galleries, the reason why Semana de Arte boasts less international galleries. In art fairs of this importance ICMS tax exemption should by now be automatic In Brazil.”  In its second participation at art week, Galeria Nara Roesler exhibited Argentinean artist Julio Le Parc and Pernambuco-born José Patrício.

Carlos Dale from Galeria Almeida & Dale, founded in 1997 in São Paulo, made his evaluation of the event, which he participated in for the second time: “Since its onset I have high expectations for Semana de Arte. The fair is only at its second edition but it has a well-rounded concept. Last year we focused on Lygia Clark, this year we had a solo by Lygia Pape with works from the 1950s/1960s. Among them there was one very special from 1972 signed both by Pape and Ivan Serpa who made some interventions on her work. The event’s timing was good because the art world has its eyes on Brazil due to the opening of the São Paulo Bienal this week.”

Another second-timer, Central Galeria founded eight years ago by Fernanda Resston, represents emerging conceptual artists. For the first edition, Central mounted the installation “Rodovias” by RiDyas (1948-1979), first presented in 1977 at the 14th São Paulo Bienal. This time the solo exhibition was orchestrated by the works of thirty-year-old Manu Penalva, an artist interested in contemporary anthropology who scavenges for materials from the urban environment. Another of her artists, Rodrigo Sassi, is presently having a solo show at the prestigious Centro Cultural Banco do Brasil (CCBB/SP).

Co-owned by Lucas Cimino and his father gallerist Fabio Cimino, Zipper Galeria represents emerging Brazilian and Latin American artists. The gallery, founded eight years ago, brought a selection of works by Delson Uchôa (1956) and Romy Pocztaruk (1983), establishing a dialogue between their very distinct productions. Says the young Cimino: “We were invited to participate in this edition but not at the first event. It is an interesting project and the move to the Ibirapuera Park proved to be very positive for both collectors and gallerists.”

Also founded eight years ago but in Rio’s iconic Ipanema neighborhood, Luciana Caravello Arte Contemporânea exhibited a solo show by São Paulo-born Igor Vidor, whose work is based on investigating the relation of the physical and social body in violent, oppressive urban contexts. The thirty-three-year-old has been in collective and solo shows abroad, including at L.A.’s Klowden Mann Gallery and the Pérez Art Museum Miami. 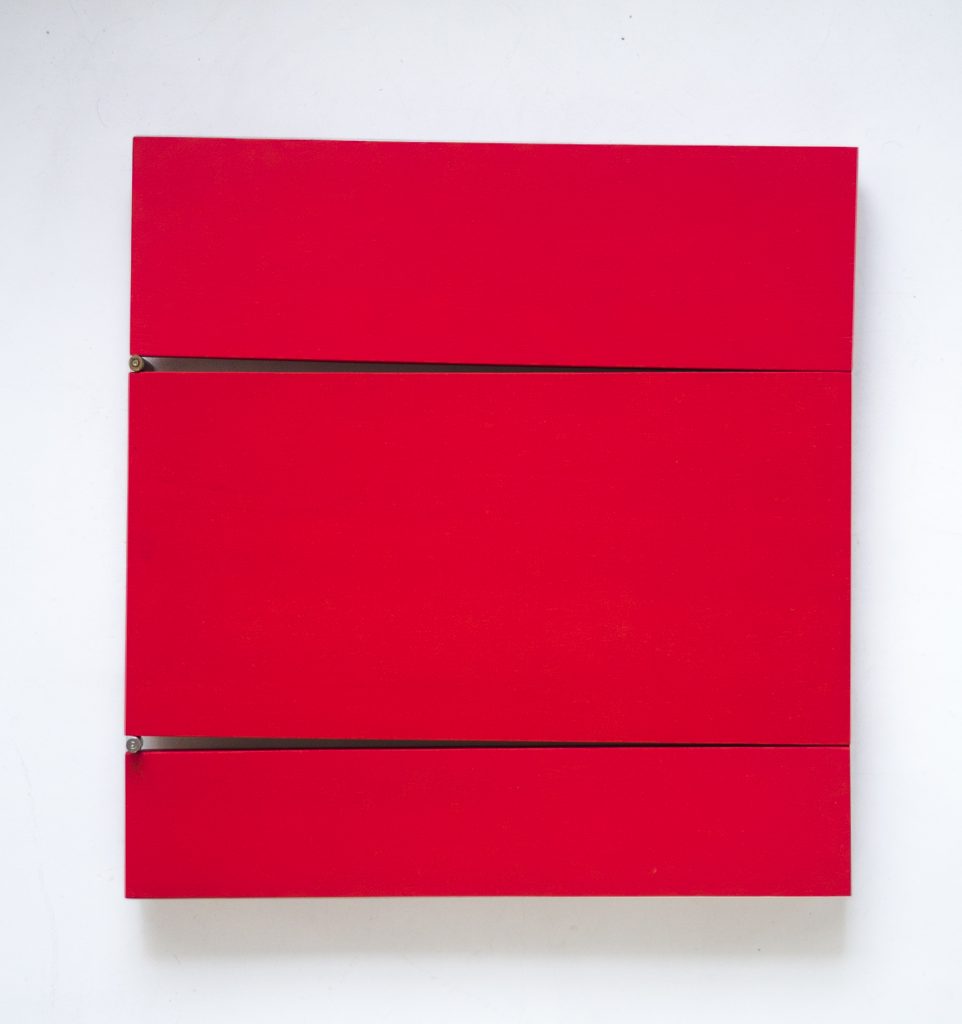 New to the fair but not to the art market, Paulo Garzé Galeria showed a solo on Argentinean-Bahian artist Carybé (1911-1997). With its near-four-decade activity in Salvador, Bahia, the gallery mainly promotes artists with works in the realm of African and Afro-descendants issues and imagery, one of the themes of the curatorship of art week’s second edition. From the Darzé dynasty, Thaís, the daughter of Paulo, mentioned: ”We could not join in the first fair because we were involved in a large exhibition by sculptor Mario Cravo Junior (1923-2018). When we received the invitation for the second edition asking us for works linked to MASP’s celebration of our Afro-Atlantic ties, we were very pleased. I like the fair’s concept and size, the collector has more time in each stand and we, as gallerists, have more time to interact with the collector.”.

Thiago, what were the changes made at art week’s second edition?
In this edition we introduced two main changes. The curatorship is now in the charge of Mexican Pablo Leon de la Barra who, among others, is the curator for Latin American art  at the Guggenheim as well as for Rio’s MAC/Niterói museum. Another main difference that sets this edition apart from the inaugural one last year is the venue. Beginning this edition Semana de Arte will take place at the Pavilhão das Culturas Brasileiras (Pavilion of Brazilian Cultures) at Ibirapuera Park.

How do you evaluate our art market in the sluggish pace of the economy?
Unfortunately, the situation is not very different from last year’s. Our economic scenario continues unfavorably, however there are always good deals being closed by gallerists.

What led to Semana de Arte’s creation?
We concluded there was space this time of the year for an art event due to the void left by the Salão de Artes e Antiguidades do Clube Hebraica (Salon of Arts and Antiques of the Hebrew Club), organized from 1993 to 2015. It was originally a small, high-quality fair but it’s importance weakened with time. I remember well that the collectors enjoyed the exclusive atmosphere. São Paulo’s art market has a niche for this format.

How do you compare Semana da Arte to SP Arte?
The public is much the same as in the other fairs: collectors, gallerists, curators and art lovers, in general. As for the size of the fair, we are much smaller than SP Arte, so we are more restricted in terms of visitation. That is not a bad thing; we enjoy this calmer atmosphere, the collectors have more time to make decisions. It makes for a more comfortable environment to visit the stands, observe the art, talk to the gallerist and select the pieces.

But both fairs compete for the same market niche…
We have a curatorship, an expert who designs the project and studies what artist will make more sense for each gallery in that particular edition. It would be impossible to synchronize all this with the galleries if we did not have an expert with an outside regard to decide the concept. This format is also interesting because it does not allow for repetitiveness, meaning no stand will have the same artist being shown at the same time. In this format, there is greater dialogue among the oeuvres.

What foreign fairs inspired the concept of Semana da Arte?
Our project was influenced by Frieze Masters, New York’s Tefaf, and Independent, also in New York City, small fairs where most of the stands display a solo exhibition. 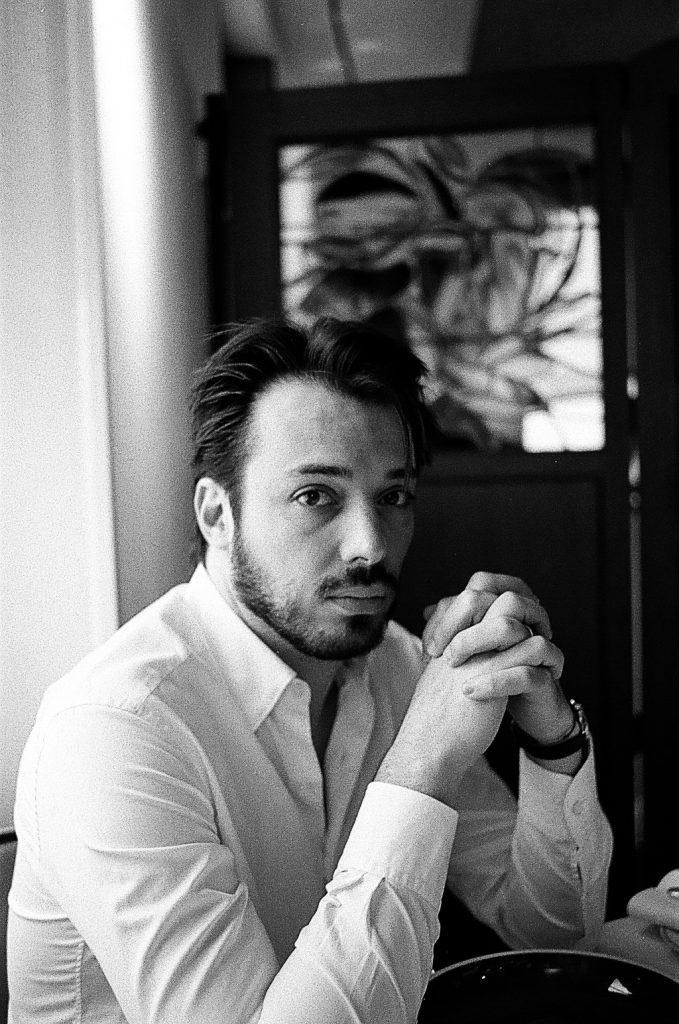 It is too early to talk about the result of the second edition, but tell us about the first edition.
The first edition was spectacular. It was very successful you can see by the list of galleries—most of them were back to this edition. This time we had more public because of our proximity to the Bienal.

What was the first foreign gallery to bet on the event also present on the second edition?
Since the beginning, New York galleries Luhring Augustine and Alexander and Bonin believed in our project. Before Semana de Arte, neither of them had participated in an art fair in South America. They made good sales in the first event and were back this time. Luhring Augustine organized a Tunga solo, and Alexander and Bonin displayed works by Willie Cole.

What were the main trends present in the second edition?
The Trump era has brought politics back to the center field.  Not only at the fair, but also in Brazilian and foreign exhibitions issues of race and gender prevail now in the art debate. Pablo focused on inclusiveness with less sexism and less “whiteness” as the motto for his curatorship. This also reflected on a more diverse public at the fair’s ground.

How about the attendance at the two editions?
We had around five thousand in the inaugural edition and it doubled now at this edition.

Do you have an estimate of the total sales of the first edition and how about the results of the second event?
I cannot precisely say the sales figures but most galleries came out very pleased from the first event. My own gallery had sales around US$ 100,000. Luisa Strina sold out her stand.

How many square meters of surface did you have in the first event at Hotel Unique compared to the area now at the Pavilion of Brazilian Cultures?
Last year we had roughly three-thousand square meters, now we jumped to four-thousand square meters. We decided on the move because we wanted a more democratic venue plus this Oscar Niemeyer building has an amazing architecture and beautiful natural light.

SP Arte/Foto closed on Sunday (August 26) and Semana de Arte opened the following Friday (August 31). Isn’t the calendar too tight considering the fairs are all in the same city in a country going through recession, and both tackle basically the same market, galleries and buyers?
Yes, I agree it is hectic for everyone, but SP Arte/Foto is focused on photography. Above all we cannot allow the current economic crisis to beat us up. We must fight to overcome this critical phase! 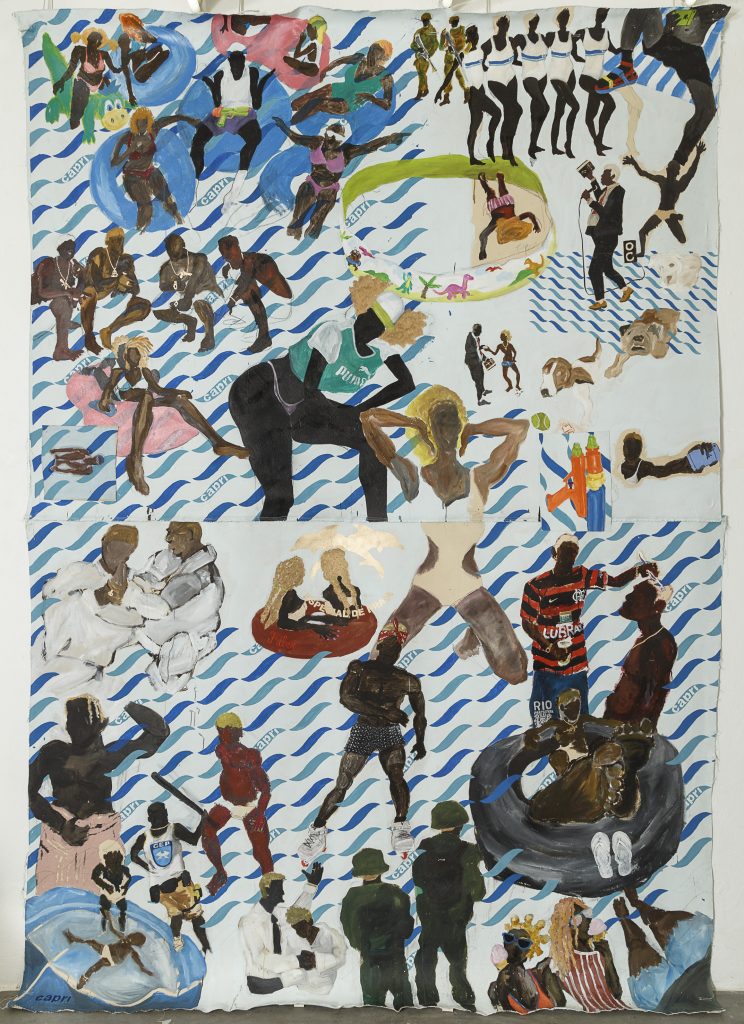 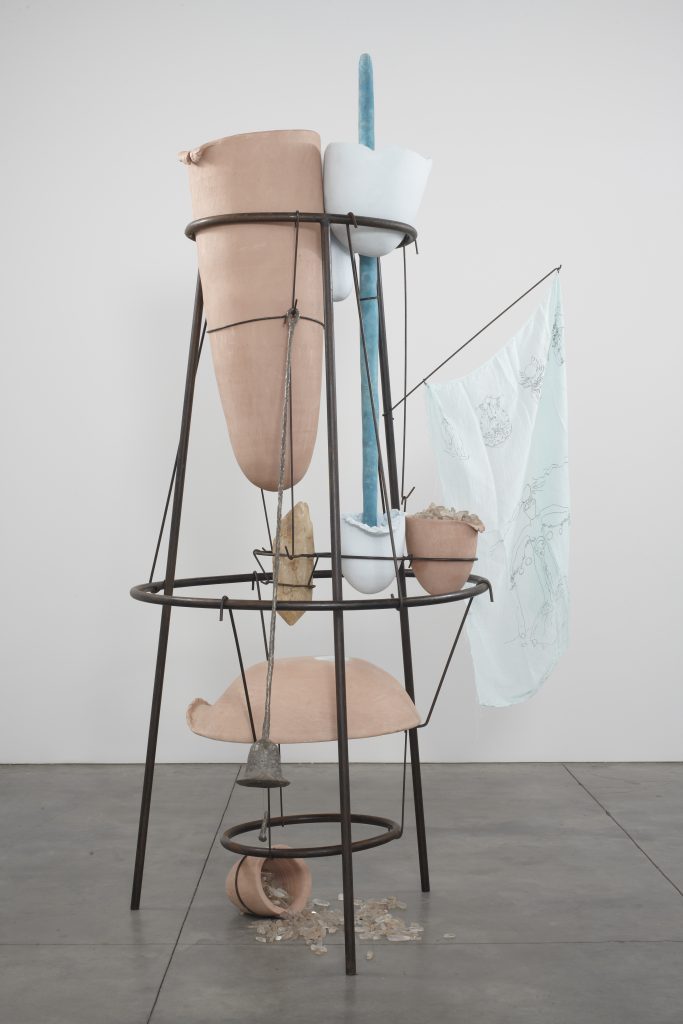