Rio de Janeiro has a new and inclusive space for the arts, OM art, in the leafy area of the Botanical Gardens next to the Jockey Club with the view of the city’s postcard, the Christ The Redeemer statue. The newly built six-hundred-square-meter warehouse with five-meter-high ceilings is another venture of artist and entrepreneur Oskar Metsavaht. The opening exhibition, “Rhodislandia,” is a Penetrable installation by the groundbreaking Helio Oiticica (1937-1980), first mounted in 1971 as a workshop at the University of Rhode Island. Its irreverent yet inclusive experimentalism is all in tune with the alternative zeitgeist of the hippie movement that in Brazil would be translated into Tropicalia, as described by the artist’s nephew, Cesar Oiticica Filho, head of the Projeto Helio Oiticica and curator of the exhibition.

Throughout the duration of the exhibition major names in the performance arts in Brazil are going to interact with the narrative of “Rhodislandia”: Berna Reale, Luciana Magno, Ayrson Heráclito and the collective Opavivará on the closing day of the exhibition on Saturday, August 4. 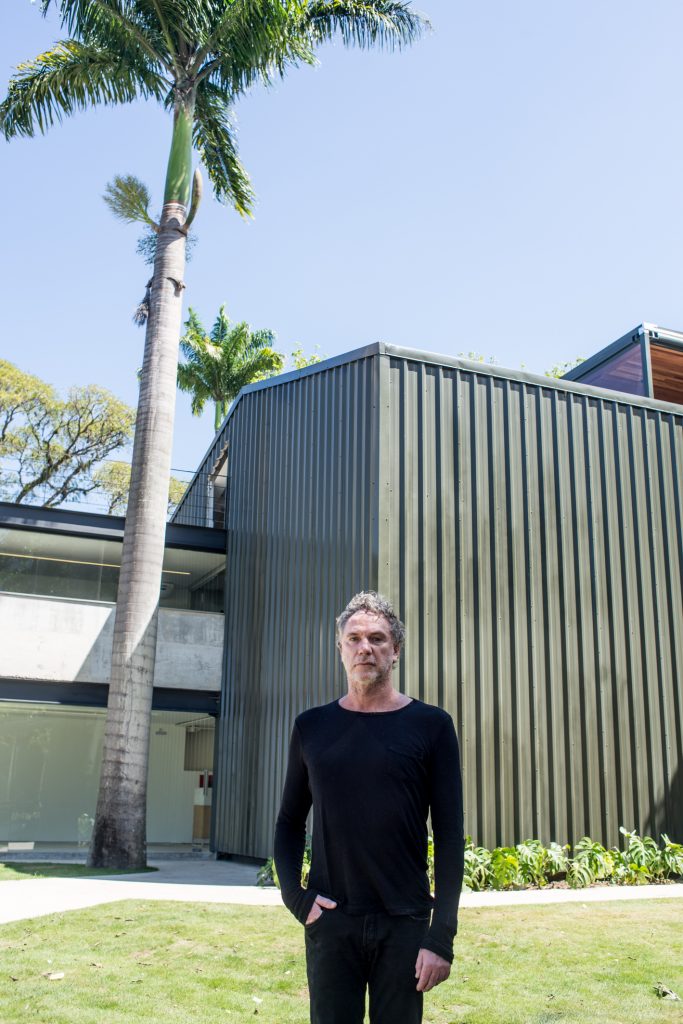 Oskar, tell us about the “Penetrable Rhodislandia.”
Through Cesar Oiticica Filho, head of the Projeto Helio Oiticica and curator of the exhibition, we had access to photos and letters handwritten by Helio that describe the project and has statements by students of the University of Rhode Island who helped him mount the Penetrable in 1971 at the campus. In these letters, Helio describes to his friend Torquato what he was up to in New York, the hippie zeitgeist that took the youth culture in the States and his project for URI. Our version of the Penetrable consumed one-hundred-and-sixty linear meters of white nylon fabric, exactly the same length and material he used in originally in 1971.  The installation per se is made up of simple materials, as were all of his works, and very easily mounted. What is significant is the experience of belonging it conveys through the simplicity of its embracing structure.

What are the materials employed?
They follow the same philosophy of simplicity Helio believed in. Apart from the white nylon fabric there is gravel, some twigs and foliage, a chair, a piano and common wooden boxes from food street markets, and its lighting is all done with classic spotlights, nothing special. Albeit its simplicity to replicate it embraces a strong feeling of inclusiveness with the viewer transformed into an active participant, a concept Helio introduced in art and was a constant in his life’s work.

Has this Penetrable been mounted before?
Yes, in museums in state capital cities in Brazil as well as in Lisbon, in 2012, at the Berardo Collection Museum, and the following year in Frankfurt’s Museum für Moderne Kunst in the exhibition “Das Gross Labhirint,” totaling seven times but always as an appendix to a large exhibition. This is the first opportunity to experience “Rhodislandia” all on its own, as was the original intent when he conceived it as his project for the grant he received from the University of Rhode Island.

Interview with Cesar Oiticica Filho, head of the Projeto Helio Oiticica and curator of the exhibition

Was “Rhodislandia” the first Penetrable conceived by your uncle, Helio Oiticica?
The Penetrables begin in the early 1960s, the first was “PN 1” (Penetrable 1, 1960) followed by “Projeto Cães de Caça” (Project Hunting Dogs, 1961). It is considered one of the great steps in the evolution of art of the second half of the twentieth century because it revolutionizes the way we approach art by transforming the traditional passive viewer of art into an active force at the center of the artistic process. With the advent of the Penetrable the individual becomes the soul of the work, it is he or she that renders life/movement to the work and thus makes the experience of Art happen. 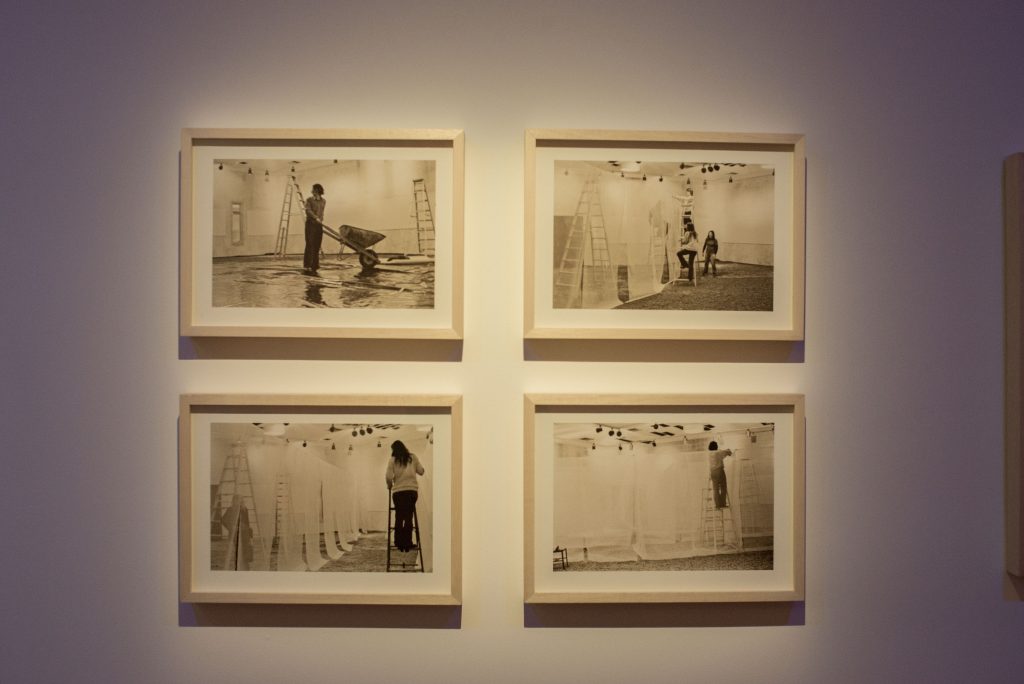 Black and white photos by Helio Oiticica of Rhodislandia being mounted at original exhibition at The University of Rhode Island, 1971. Photo OM.art

Tell us about when it was mounted at the University of Rhode Island, in 1971.
It was the project for the workshop Helio gave at the university with the duration of a week. Students participated in its mounting as well as created their own works that dialogued with the Penetrable’s narrative. It was a multidisciplinary workshop with music, poetry and drama—The Living Theater, the oldest experimental theatre group in the States, was one of the special guests. In “Rhodislandia,” the space is destined for self-performance, something radically new, because it gives the performer a comprehensive role while it ends his role as the privileged asset of the artistic relations by creating a radical new concept of art rooted in the Dadaist movement.

In a few words, how do you conceptualize the “Rhodislandia” Penetrable?
It is a major step toward the concept of collective and multimedia artistic creation and creativity. It is the gathering of music, poetry, theater and visual arts.

A final curiosity, was its title in the original presentation at the university always “Rhodislandia”?
Yes. 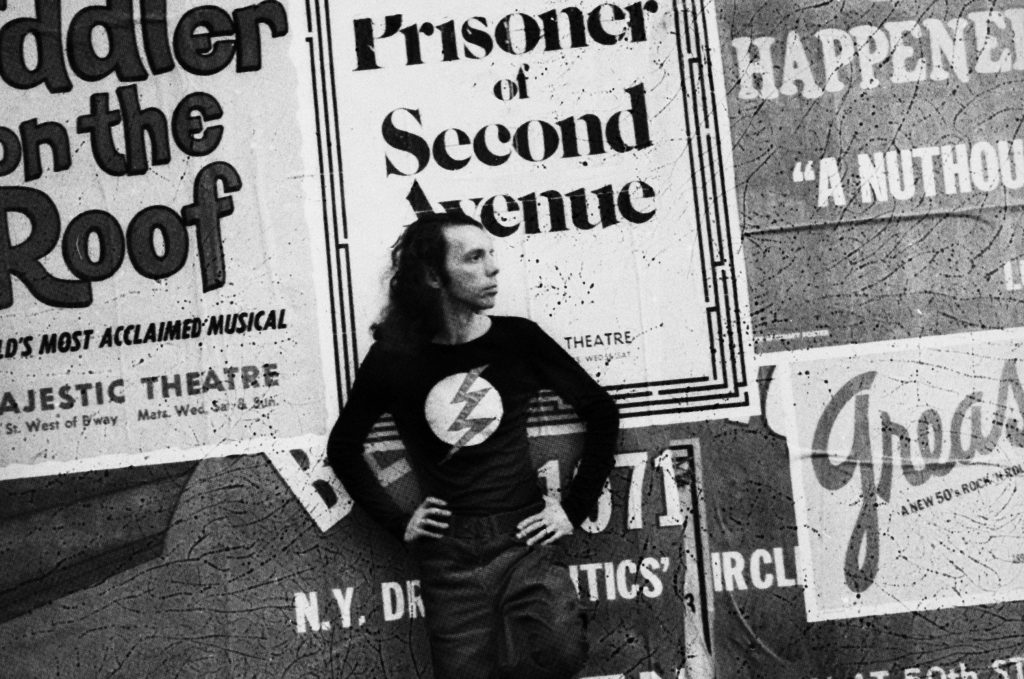