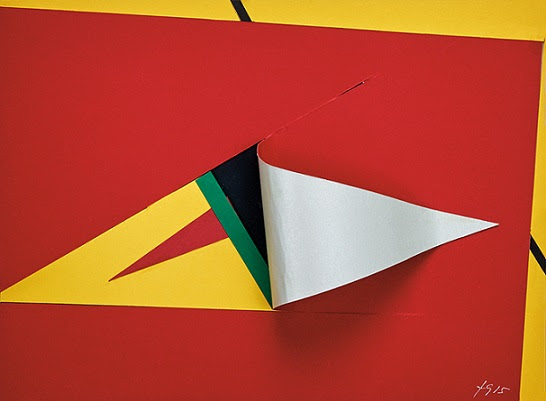 The final oeuvre of poet Ferreira Gullar (1930-2016), the author of the “Manifesto Neoconcreto” (1959) that enraged academics but was hailed by forward-thinking visual artists, is on show in São Paulo’s Dan Galeria. “Relevos” (Reliefs) discloses a collection of sixty small-format colorful, geometric collage-sculptures in paper and cardboard produced by the fiery intellectual from 2012 to 2015, a year before passing away aged eighty-six. It follows the concept the multidisciplinary auteur highlighted in the way art objects or “non-objects” exist within multiple systems of signification and are always being interpreted, making new meanings.

The reliefs are the original collages Gullar created for his last handmade book of art-poems, “A Revelação do Avesso” (Revealing the Reverse Side), by publishing house UQ!, based in Rio and Lisbon, founded by Leonel Kaz and Lucia Bertazzo. Peter Cohn, founder of Dan Galeria, accompanied the project since the outset. It was in his domain in the corner of Estados Unidos Avenue in the Jardins that the art-book was originally launched in 2014 after its official launch in Rio where the long-haired poet lived and passed away.  Gullar’s works have yet to be published in English, one of the few is his “Dirty Poem” (Poema Sujo), beautifully translated by Leland Guyer for New Directions, 2015. It was originally written in 1975 when Brazil was under military dictatorship for a decade and he was exiled in Buenos Aires.

Our interviewee and longtime friend of Gullar, Rio-born Leonel Kaz, has himself a lengthy background in the cultural field. To name a few of his cultural engagements, he sits in the board of the Brazilian Museums Institute (IBRAM), has founded two publishing houses, Edições Alumbramento and UQ!, and headed Rio de Janeiro’s Secretary of Culture as well as the Foundation of the Arts (FUNARJ). 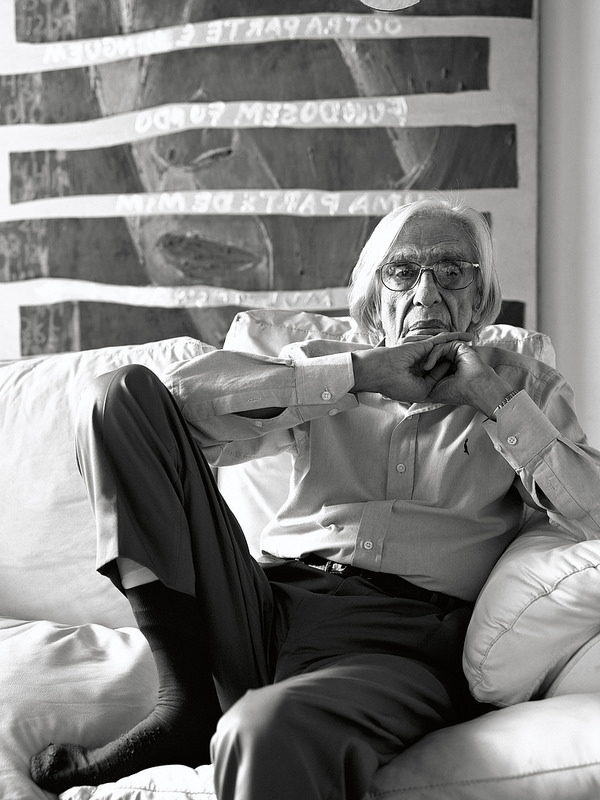 Leonel, tell us about your long friendship with Gullar.
I met Gullar in 1976 when my partner Salvador Monteiro and I headed Editora Alumbramento and published the art book “Formas/ Espaços” (Forms/Spaces), launched at Galeria Bonino in Rio. It had engravings by artists Fayga, Renina, Bonomi and Anna Letycia along with poems by Drummond, João Cabral and Gullar. He was a humane, upright yet anarchic man, totally anti-academic. He thrived in permanent indignation and ethics, the strongest traits in his personality, and, of course, in controversy.  He was ready to attack—or even defend—poet Augusto de Campos in their peculiar ten-year intellectual fracas, or to clamor against ludicrous inventiveness that bestowed nothing to contemporary life. Deep down, the squabbles with the Campos Brothers or with dear Tunga were only meant to amuse him. He could not bear the mediocrity of public authority, void wordy speeches or the academic blah-blah-blah rambling on art.

Ferreira Gullar, A Revelação do Avesso (Revealing the Reverse Side), collage on paper and board card, 32 x 23 cm, 2014. Photo Nana Mora

You were privileged to visit him in his apartment in Copacabana at Duvivier street in Rio. Can you describe his home-studio?
Anyone who passes by Duvivier can see hanging from the ceiling of the first-floor apartment mobiles by “Calder” and paintings by “Morandi” on the walls. He enjoyed reinventing his Calders with wire and colored cardboard and putting his paint and brushes to work to recreate his own Morandis. The place was a delightful mess, controlled by his cat “Gatinho” (Kitten), with paintings against the walls and stacks of paper and books everywhere. Once I told him: “Gullar, I am free for a week; let me help you organize all this material. Believe me, I know how, I coordinated the Portinari Project.” He simply looked at me and laughed. No one dared get hold of his precious clutter.

Now tell us about the book “A Revelação do Avesso” (Revealing the Reverse Side) by Gullar, published by your UQ! publishing house, and how did this project culminate in the present exhibition at Dan Galeria.
Gullar himself was the process, the poem-process. He went through everything, every detail, prototype, color selection, the reliefs in steel. Although we produced only three prints of each work, we only made two editions of his poem-art book with thirty prints each. However, all in all, we produced a total of 180 prints and it all sold out; it is now a rarity.  I had the responsibility to select the poems with his final approval. His poems are intercalated by his reliefs photographed by Nana Moraes, who also shot Gullar’s portrait glued onto one of the pages sitting back on his sofa with his long white hair with his portrait by painter Siron Franco on the wall. He signed each work and the book was printed in twelve colors on 300-gram fine art cotton paper. The same way poet Carlos Drummond de Andrade was responsible for Editora Alumbramento, Gullar is responsible for the founding of UQ! With Drummond we produced several handmade books and he left us his photo-biography as well as his contributions to the photo-biographies of Manuel Bandeira and Mario de Andrade. The existence of UQ! is thanks to two simultaneous projects: the book “Galáxias”(Galaxies) by artist Antonio Dias and poet Haroldo de Campos, which is now at the MoMA, and “A Revelação do Avesso” (Revealing the Reverse Side) by Gullar. Peter Cohn, the owner of Dan Galeria, participated in all the process and is now launching the originals in paper that originated the book. We used to go to Gullar’s home-studio, he would come to ours in Rio’s Parque Guinle leafy neighborhood. The book was produced with the same fine-tuning and intensity of his poems. It comes inside a box where we stamped one of his verses printed on the outside: 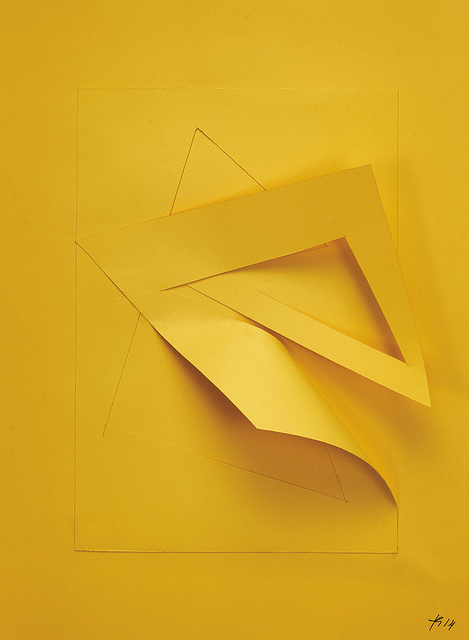 Gullar dedicated his life to Brazilian art always pushing its boundaries—he wrote the “Neo-Concrete Manifesto” (1959), created avant-garde tridimensional art-poems such as book-poems, spatial-poems, the poem-object, the Poema Enterrado (Buried-Poem). How do you relate his long artistic and intellectual activities to his final oeuvre, the series “Relevo” (Reliefs) on show?
Picasso once said each artist produces only one oeuvre. It is a hell of a symbolic image. Gullar’s book “Argumentação Contra a Morte da Arte” (Arguments Against the Death of Art, no English translation, Revan Ed., 1993) always comes to my mind. In its pages he talks about Casa da Flor (The Flower House) in the town of São Pedro da Aldeia (Rio de Janeiro state) built during a lifetime by a self-taught artist. It is a house built out of fragments: fragments of glass, ceramics, etc., Gullar wrote the artist did not live in the house itself but inhabited his own dreams. In his case, he inhabited his skeletally thin yet strong, unyielding body in his dreams of colors and forms revealed way back since his “Neo-Concrete Manifesto.” The legacy of his genius is vividly present, be it in the Buried Poem (Poema Enterrado), originally made at the home of Helio Oiticica in Rio, or any of these small reliefs.

Ferreira Gullar, A Revelação do Avesso (Revealing the Reverse Side), collage on paper and board card, 21 x 21 cm, 2014. Photo Nana Moraes

What originated the reliefs?
According to Gullar, it happened by chance. His cat, Gatinho, was atop his working table and scattered his colored papers cutouts and as Gullar put in his own words: “I just glued them exactly as they were: the orderly work I was doing resulted in these disorderly colorful cutouts.” So it was chaos that led to the creation of his reliefs.

Ferreira Gullar, A Revelação do Avesso (Revealing the Reverse Side) Nº 58, collage on paper and board card, 32 x 23 cm, 2014. Photo Nana Moraes

To finalize, what do you take with you of this privileged friendship?
Gullar was ethical, poetic, esthetic… as well as lots of fun. He was not frugal at all, even with his own integrity. He used to say “a vida não basta” (life is not enough) and that is why it had to be reinvented every day. For him, creation came via astonishment. He was an enthusiast by nature, he was always enthusiastic by everything he embarked on. The reliefs were born out of enthusiasm coupled with chance and are presented as such: they constitute a mark in the history of Brazilian art. For Lucia and myself, he left the mark of affection and uncontained fury when he was faced by what he defined as beauty. He died a lucid mind, totally aware, like light itself. I never met anyone with such inner light. He did not take with him frustrations of any kind. He did not die a misunderstood genius, on the contrary, he was a recognized intellectual, elected to the Academia Brasileira de Letras (Brazilian Academy of Letters) and nominated by the Nobel Prize in 2002. His poem “Traduzir-se” (“Translation,” no official English version) gives a good description of the man, his legacy and his oneness with art:

Uma parte de mim [Half of me]
é todo mundo; [is everyone;]
outra parte é ninguém: [the other half is nobody:]
fundo sem fundo. [endless, alone.]

Uma parte de mim [Half of me]
é multidão; outra parte estranheza [is crowded; the other, weirdness]
é solidão. [loneliness.]

Uma parte de mim [Half of me]
almoça e janta; [has lunch and dinner;]
outra parte [the other]
se espanta. [is baffled.]

Uma parte de mim [Half of me]
é permanente; [is permanent;]
outra parte [the other]
se sabe de repente. [swiftly recognizes itself]

Uma parte de mim [Half of me]
é só vertigem; [is vertigo;]
outra parte, [the other,]
linguagem. [words.] 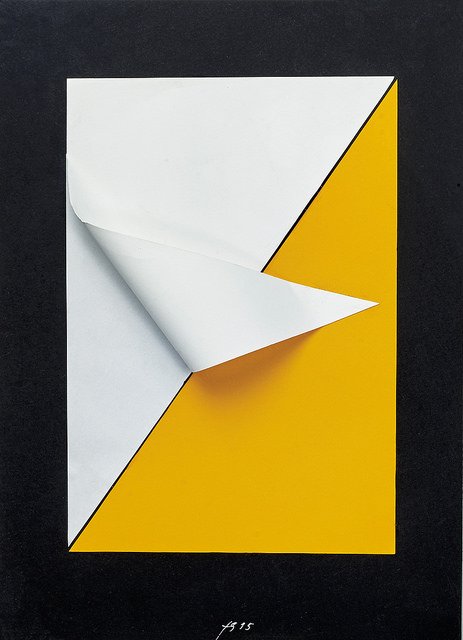