A commentary about time seen through a non-linear narrative underlies the collective exhibition “Matrix of Actual Time” (Matriz do Tempo Real), which assembles forty Brazilian and international artists of different generations dating from the late 1960s onward who have shaped the conceptual creed and have stood the test of time, such as On Kawara and John Cage. It is appropriately housed in the Museum of Contemporary Art (MAC), that belongs to the University of São Paulo (USP), since MAC USP is Brazil’s first institution to pioneer conceptual art in its collection through its first director and two-time São Paulo Bienal curator, Walter Zanini, (1925-2013). Jacopo Crivelli Visconti, the São Paulo-based Neapolitan historian who curated the show, has previously curated the São Paulo Bienal (2007-2009), the Brazilian Pavilion in the Venice Biennale (2007), and presently curates a section at SP-Arte art fair. 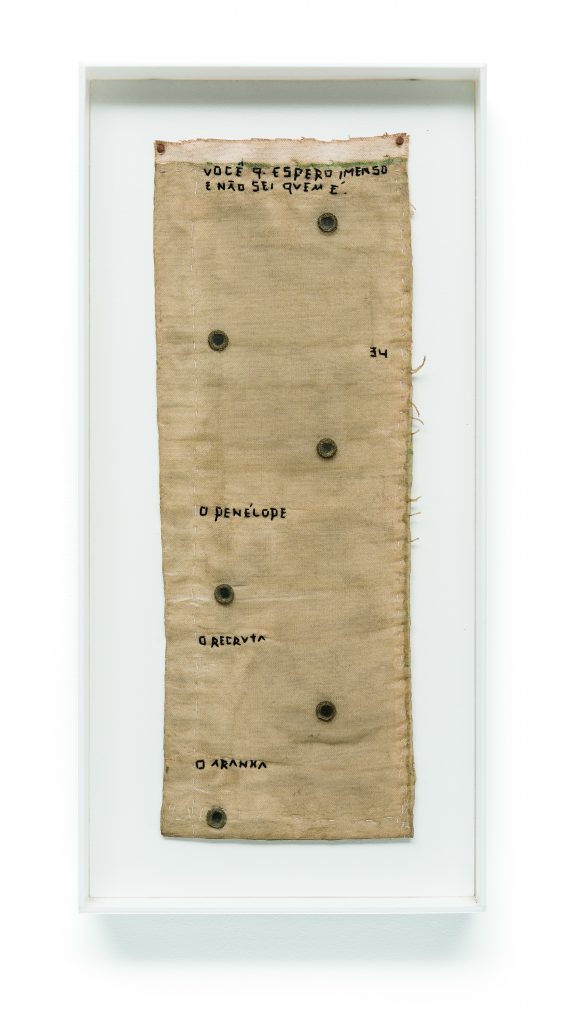 The spare esthetic of the exhibition in today’s uncertain times seems to stress a timelessness given by the impertinence of the works trying to freeze, defy or encapsulate time or the reinvention of time per se. The event features artists who have shaped the museum’s conceptual program since its founding: Ivens Machado, Artur Barrio, Isidoro Valcárcel Medina, Edgardo Antonio Vigo and Lydia Okumura. Among the younger generation committed to conceptual art are Mauro Restiffe and Leonilson, with “The Penelope, recruit, spider” (1991), a plain, rustic embroidery produced when the artist was in the countdown to his imminent death of AIDS, inspired in the Hellenic myth of Penelope and Odysseus.

The youngest in the roster is the thirty-year-old Brazilian and Boston-born Daniel de Paula, whose works mostly ensue from exhaustive investigations. In “Testimonial” (2015), he relates political and economic power to the geological time of rocks from geotechnical surveys in public building sites in present-day São Paulo. 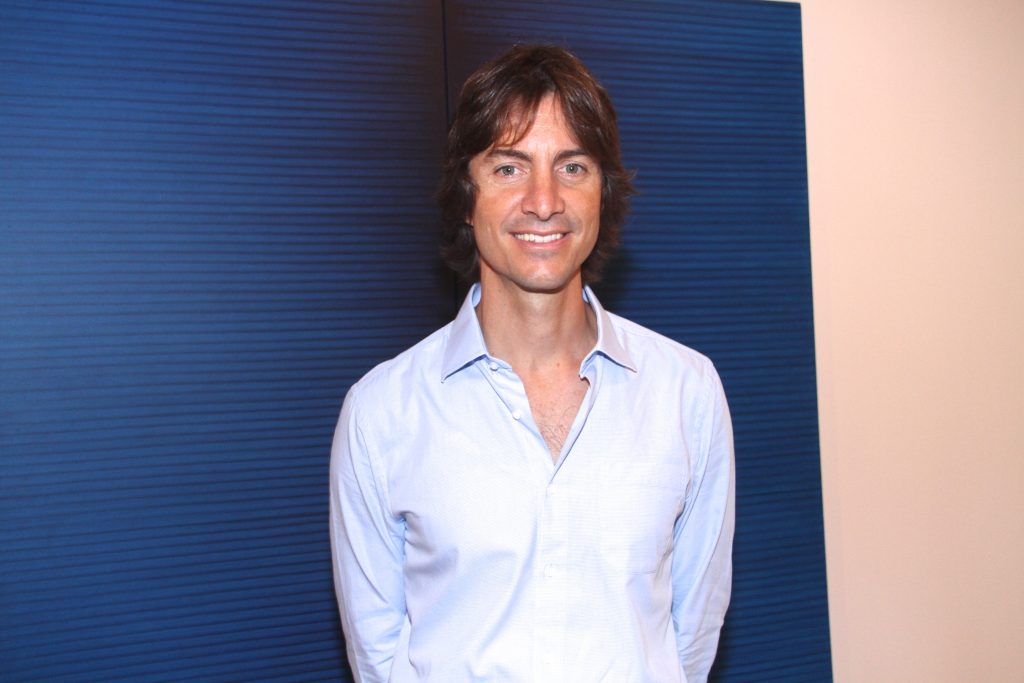 Jacopo Crivelli Visconti at the opening of Matrix of Actual Time, in the background, the work of German artist Irma Blank, Radical Writing (1993)

Jacopo, how would you sum up the concept?
Through works that operate in distinct esthetic fields, “Matrix of Actual Time” tries to convey the same sensation, meaning, a time that is unbearably present.

Usually the curator explains the concept of an exhibition by naming the artists he selected and by comparing the narrative of the selected works. In this case you explain your curatorship through works that are not present in the show. Why?
In the specific case of “Matrix for Actual Time,” which deals with the theme of time, by using an indirect approach all the emphasis is put on the works and in the fact they are made by time and space alone. Thus the work becomes a mapping of the displacement of the artist along the years similar to a quasi-obsessive notation of the days he lived, the people he met, the places he visited. In doing so, the artist gives up the authorship of the narrative and the oeuvre is no longer a tool to bridge time instead it transforms into time itself. 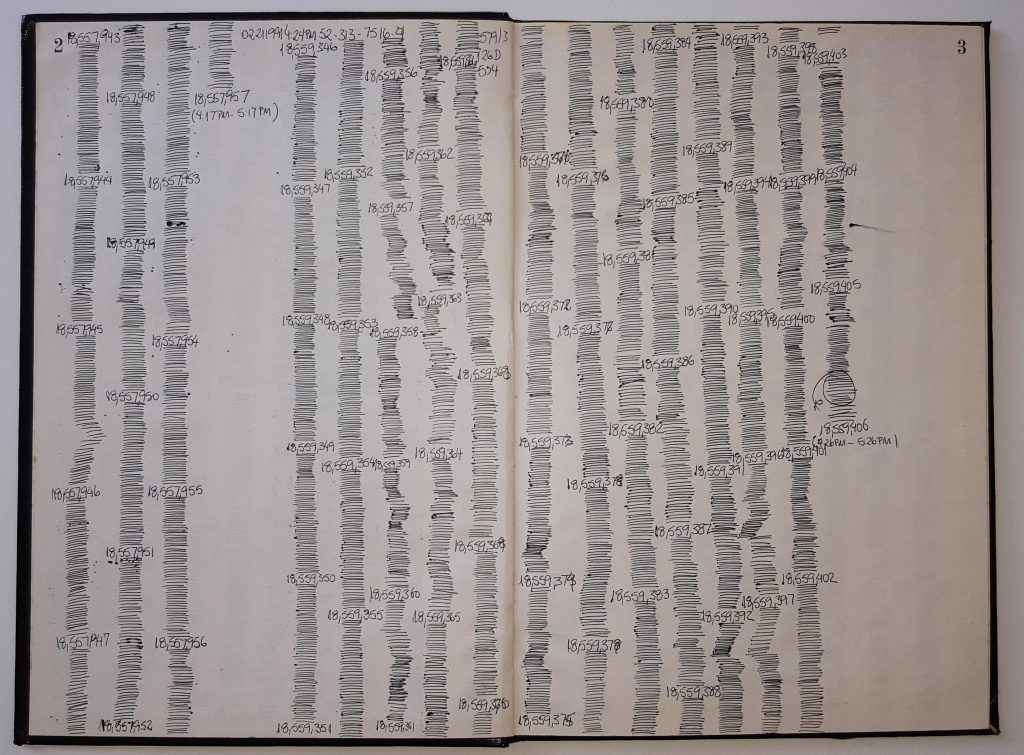 Now tell how you devised the core concept of the exhibition.
The exhibition was conceived to be at the intersection of different reflections and inspirations, beginning in the conceptualism of the 1960s and its repercussion in the artistic production of the following decades. It also comprehends influences in the realm of literature starting with the magic realism in Latin American novels to the French nouveau roman to the structural film in the US to the films and writings of Andrei Tarkovsky to a segment of Arte Povera related to minimalism and conceptualism, among several other references that converged, or not, to the final selection of works.

What was the main challenge in the project?
The main challenge was how to specifically surpass Tarkovsky’s considerations in the field of cinema, particularly his own reflection about time. In one of the most fascinating passages of his book “Sculpting in Time,” the Russian filmmaker analyzes the reaction of one of the first audiences to see “L’Arrivée d’un train en gare de La Ciotat” (1895, Arrival of a Train at a Station), one of the first and probably the most notable film of the Lumière Brothers. According to Tarkovsky, the famous escape en masse out of the movie house was not caused by the fear of the speeding train but rather the advent of a new esthetic principle that consisted in the first time in the history of art and culture man discovered a way to record time directly. Man, claims Tarkovsky, had acquired the matrix of actual time. 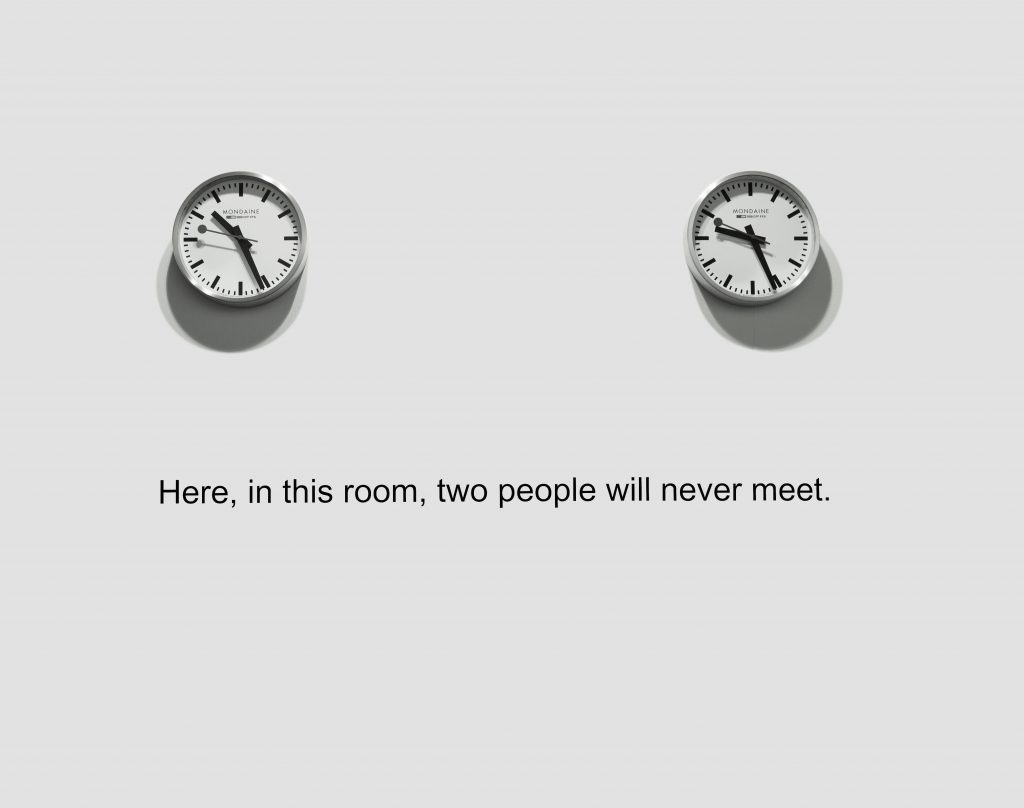 Another interesting aspect of the exhibition is its non-linear narrative.
The exhibition was expressly designed in an unconventional manner—meaning a non-clear, linear narrative. Had it been devised following conventional parameters, it would have hampered the public’s attention from its main subject: time. By this I mean the focus of the show is not to portray time but rather to “build” time. It aims at a fragment of time that is suddenly tangible since it is not time represented it is time itself. 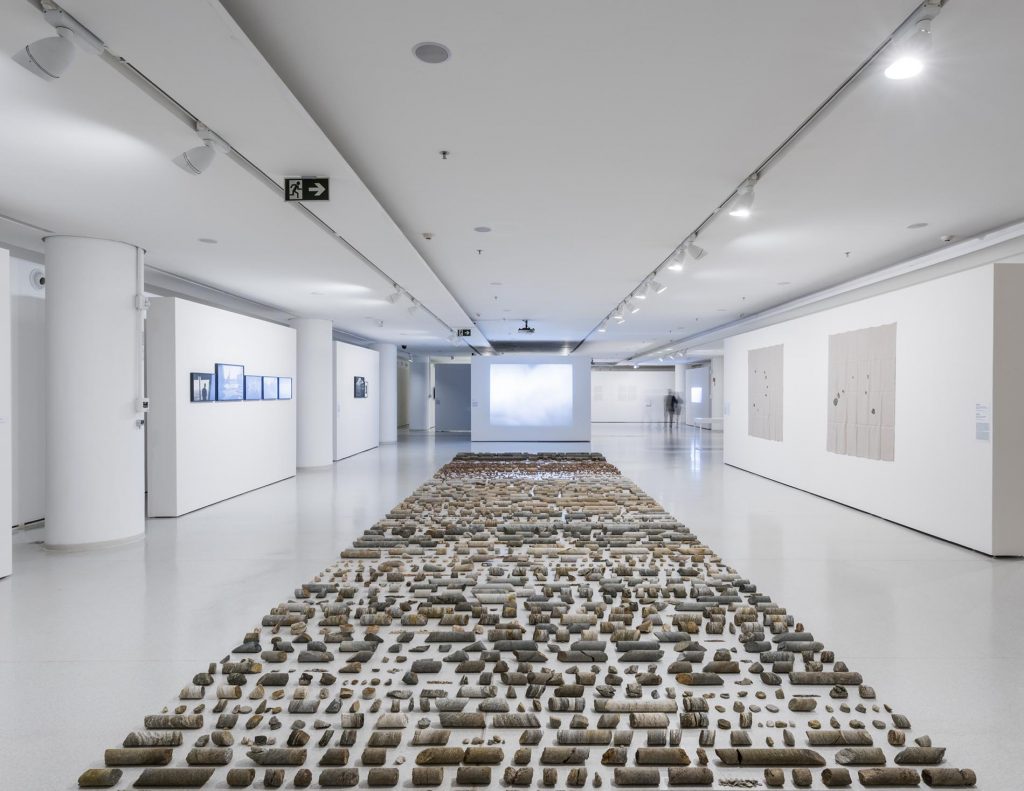 View of the exhibition at MAC USP with the work of Daniel de Paula in the foreground. Photo Ding Musa 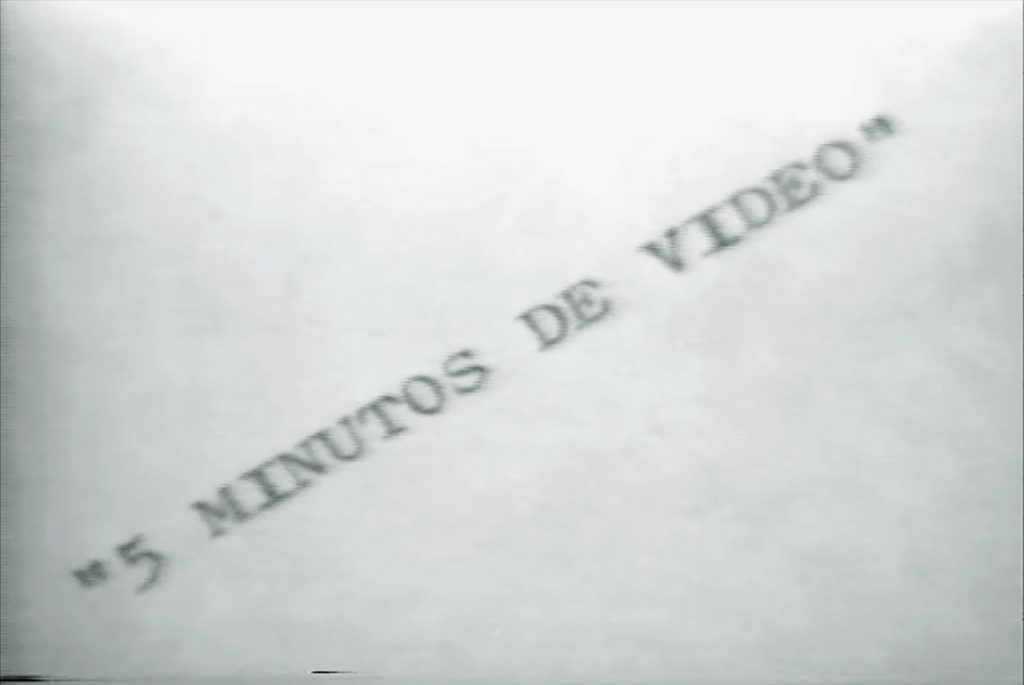 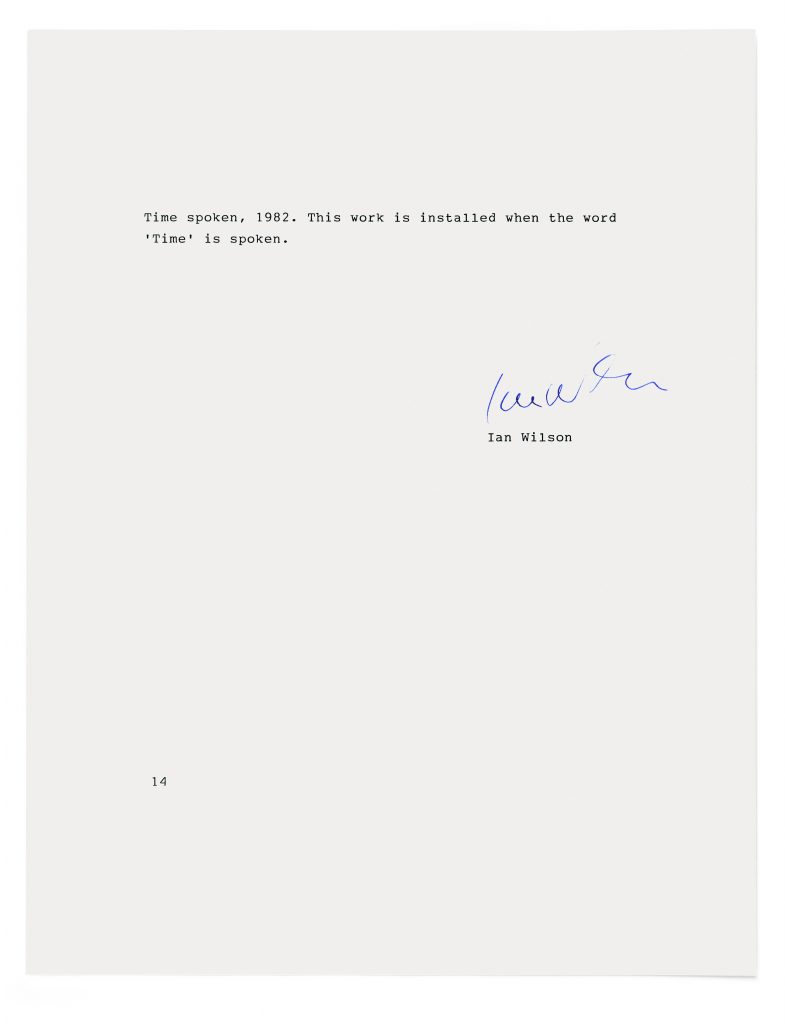 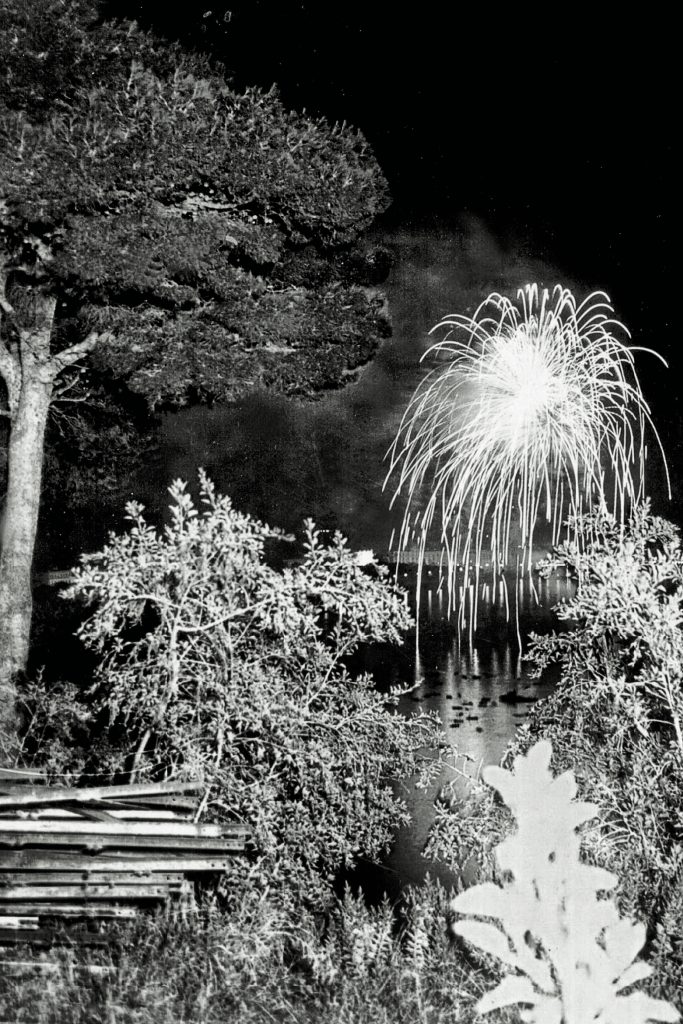