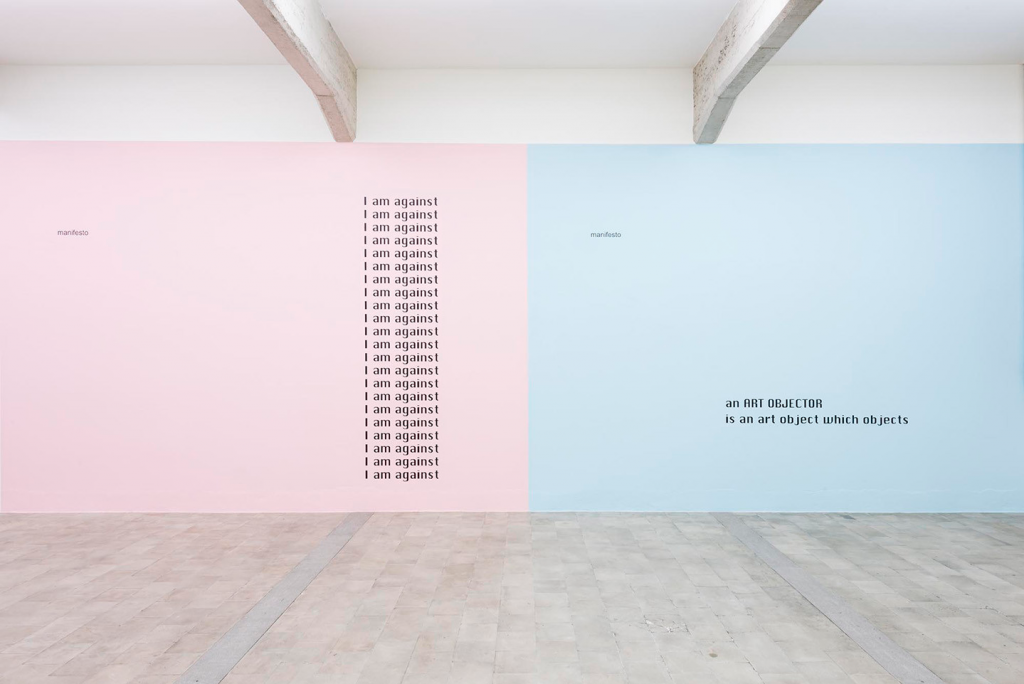 The first solo show of Ricardo Basbaum at Jaqueline Martins gallery, “Cut – Contact – Contamination,” offers a small but eloquent overview of the artist’s practice over recent decades. Curated by Marta Mestre, the show features drawings, texts, annotations, paintings, photographs, graphic pieces, videos and objects produced since the 1980s, offering a rare opportunity to consider the evolution of the artist’s work, as it also opens indirectly an alternative reading and reflection about the role of art in Brazil during that same time period of the 1980s, a relatively undervalued key period of Brazilian art. 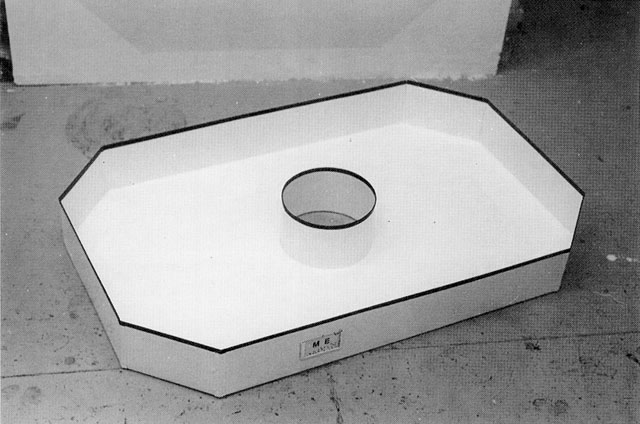 As Basbaum’s work was not totally connected to the old-new trans-vanguard movement of painting that characterized eighties art in Brazil—even if some of his early works in the show demonstrate he was not immune to that and flirted with it in a more graphic way—the long-term development and relatively later acknowledgement of his conceptual oeuvre is symptomatic of the way that historical period is narrated—making  this show’s features evidence of the disputes found within art history. Nevertheless, this lower-profile long-term development gave space and time for the growth of a more complex and rich way by which the artist works, one that is inclined to review the very conditions by which perception, public participation and the constrains of institutions would affect the formation of both public and individual personality. 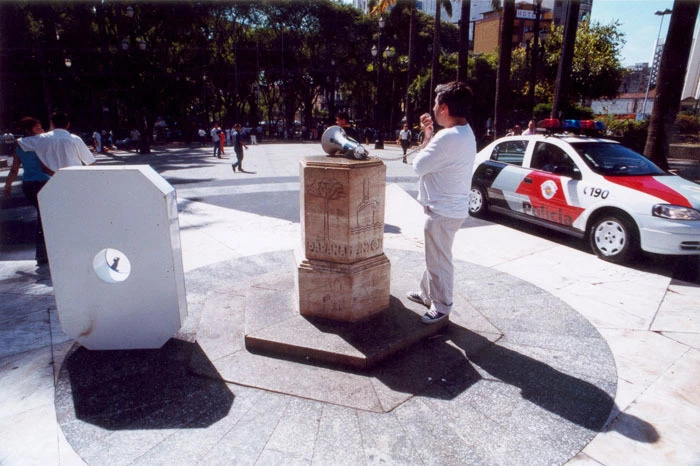 “Cut – Contact – Contamination” is based on the idea of excavating a personal archive to delve into periods of production of an artist and thinker, to navigate through the diversified formalizations it assumes, which were materialized as experiments towards environmental installations, conceptual propositions and registers of actions. Basbaum’s practice offers a very diverse way to understand that which was being produced as “new Brazilian art” in the eighties. In his case, he is carrying on a legacy of conceptual and critical practices linked to Neoconcretism in opposite ways from the painterly new Brazilian “art scene” of the 1980s. But Basbaum’s approach is not one merely concerned with reevaluating or reenacting aspects of those legacies, instead it points towards an exploration of new directions of the concepts by which that movement came to prominence: participation, awareness of body and form, subjectivity experiments and exploration of new realms for art linked to to rethinking the self, along with the social elements and the politics implied in that. This itself is already a key feature to understand the show’s relevance, and even more if we observe that his practice combines protocols of work and discourse agency on contemporary art, to then transversally update this specific experimental trajectory of Brazilian art that started in the sixties. 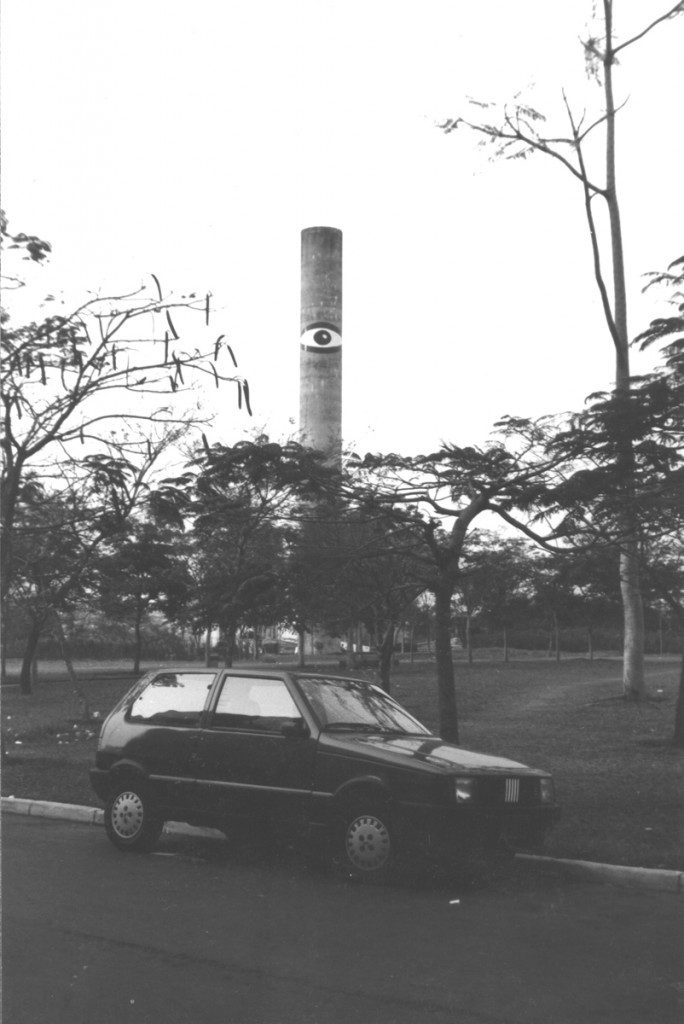 An artist as well as an editor, publisher, writer, curator and more, Basbaum’s practice assumes art as a device and platform, a membrane or interface even, one by which he presents situations and propositions pointed to the articulation between sensorial experiences, between sociability and language. Since the late 1980s, the artist has been nurturing a very specific semantic in which he builds upon his work, articulating a diverse vocabulary with each new project. Accordingly, the show’s organization is permeated by Basbaum’s three most solid projects to date–“Olho” (Eye, 1984-1990), “Corte de Cabelo” (Haircut, 1985/86), and “NBP – Novas Bases para a Personalidade” (New Bases for Personality, initiated in the nineties and still ongoing). 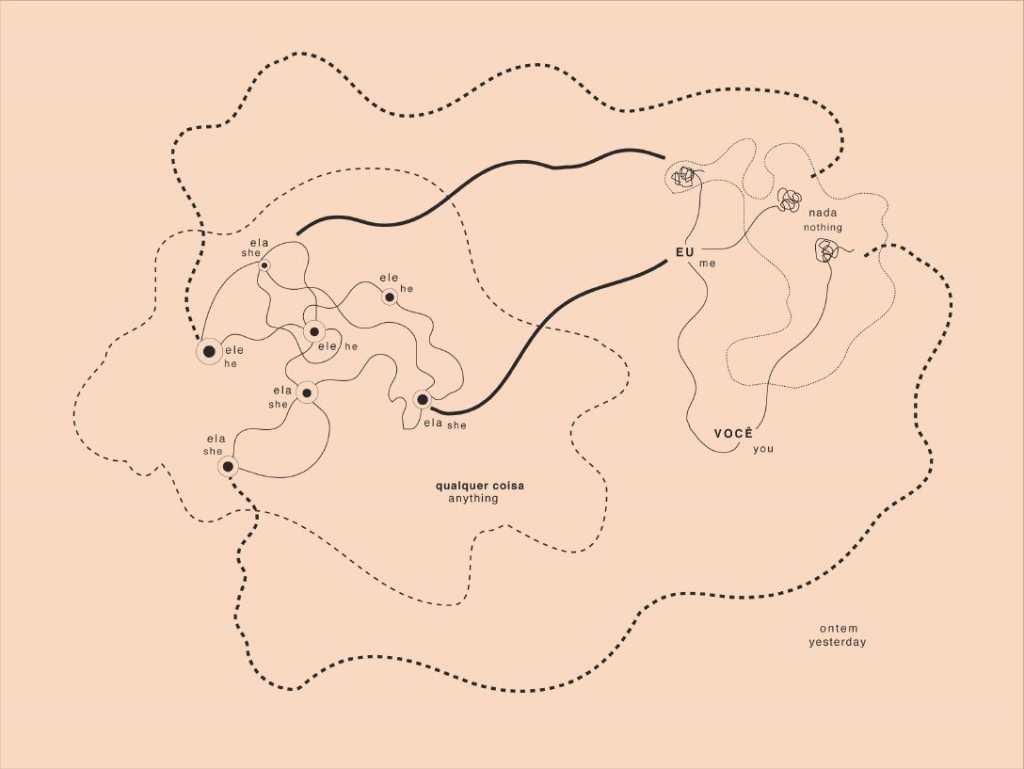 The show also presents some of Basbaum’s diagrams: a body of work integral to his artistic practice, both as a conceptual background as well as a form of plastic and mental articulations, engaging with a rhizomatic and non-linear way of working and thinking, which certainly demands a different quality of engagement from the public. In contrast, this may lead the work far from the immediacies of the voracious and ephemeral tendencies of the art market and allow it to work, sometimes, both as autonomous pieces or part of installations and other forms of action. In his own words, “diagrams may be tools for intervention (…) a sort of drawing (or visual poem) that mediates the dynamic flow between words and images—discursive and non-discursive spaces—or literary and plastic spaces, etc.” In the show there are two “gestural early paintings” in which we can already see the preliminary echoes of what would later became the diagrams. 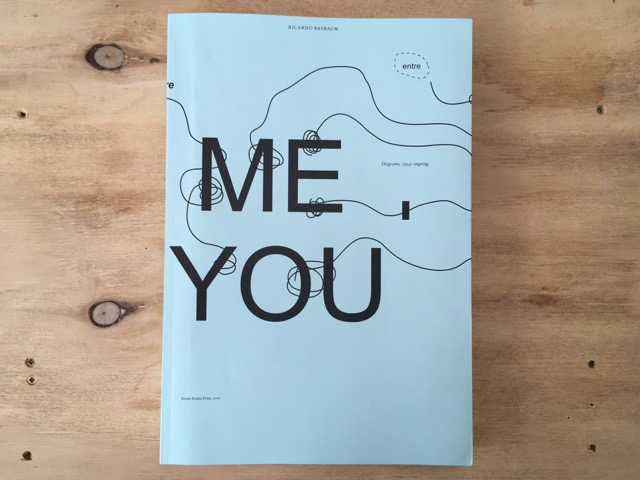 The transformation of a recurrent image in the artist vocabulary is also emblematic: the big eye that is present in early paintings, as part of costumes for photo-performances and that became the abstract and geometrical basis for “Capsules (NBP x me-you).” The NBP project deals with relations between the self and the other, and has encompassed installations, performances and objects, becoming a critical reflection on certain expectations of inter-subjectivity and interactivity prevalent in contemporary art. The stylized symbol (an eye) even became a kind of brand, a form which mimics a corporate logo, appearing throughout Basbaum’s work as almost an unconscious element, and at the same time pervasive in many projects, as for example the form of a sculptural device to be “shared” by participants that may decide the best use or function for it, which is the core of the long-term project “Would you like to participate in an artistic experience?” (1994-ongoing).

Basbaum’s works, propositions and experiments embody the notion that art is an inherently sociocultural and bio-political activity which may counteract the orderliness of institutional operations, whether global corporate power or the rituals of the art gallery, with unpredictable exercises to subvert everyday life as well as the user’s personal response (as in me-you project). Basbaum’s work was for some time more connected (as well misunderstood) to an “academic” language, since it is clearly research-based and processual, thereby a kind of practice that (still today) is not easily assimilated by an ever-growing market-based Brazilian art system. 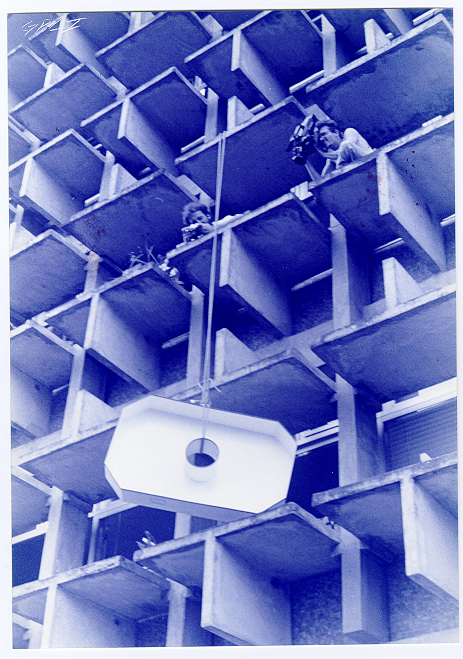 Looking at the works in the show, my strongest feelings could be connected to the same one I had while reading George Orwell’s “1984,” of the feeling that we need attitudes, protocols, and exercises to constantly gain awareness of hidden but omnipresent powers that affect our daily lives. If we understand Basbaum’s practice as the articulation of counter-narratives, questioning of the status of corporate imagery and the mechanics by which these control, determine and influence a social life and its spheres, the idea of intervening over linguistic and behavioral systems is paramount to approach his works and something that, as never before, Brazil needs to rethink itself. 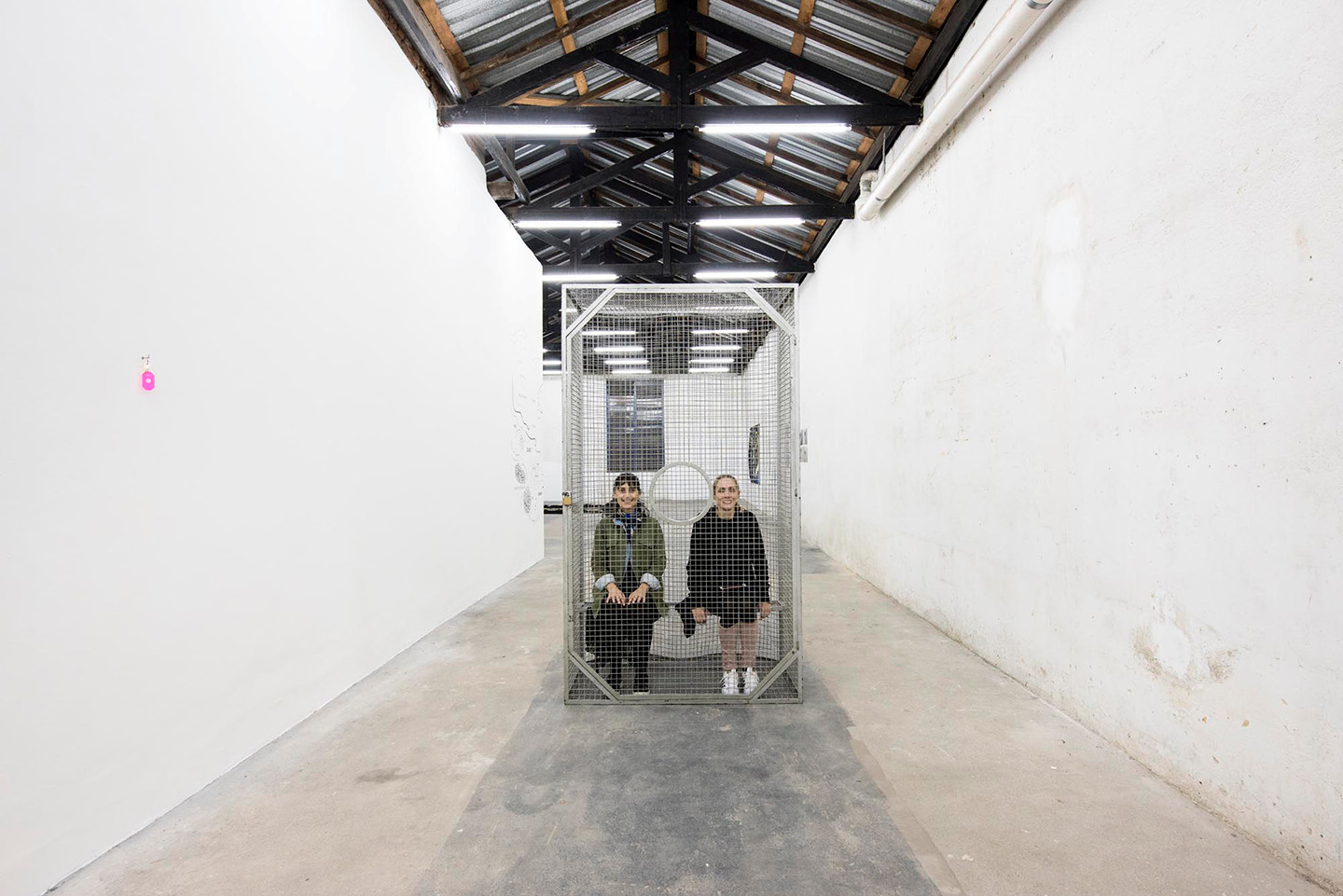 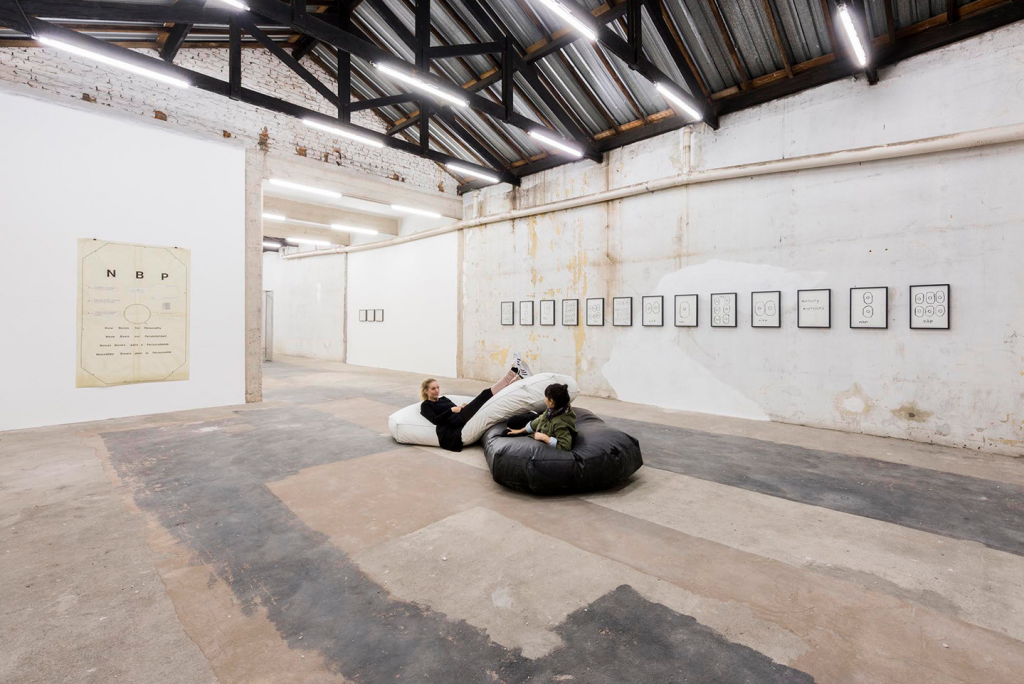