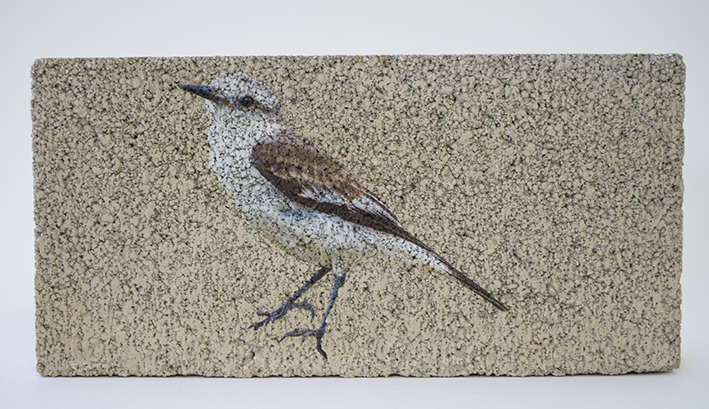 Looking at the work of the Rio-born artist based in New York Bia Monteiro brings to mind the poet, literary critic and Brazilian essayist Mario de Andrade (São Paulo, 1893-1945) and his reflections on Brazilian national identity. The poet became known for his ambiguous feelings on the formation of Brazil and Monteiro seems to nourish a similar sentiment: a mix of a romantic ancestral investigation and a discomfort with respect to the consequences of it.

“Modern Lines,” her first solo show in Japan, brings seventeen works that explore the dialogue and tensions between architecture and its impact on the natural landscape. In four photographs, the artist proposes a reflection on how Modernism and the influence of Le Corbusier in the 1930s became a national utopia with the construction of the city of Brasilia. The capital was considered in the 1960s as a national socioeconomic model on which the modernist dream of Lúcio Costa and Oscar Niemeyer was manifested, with the endorsement of President Juscelino Kubitschek, and became known as the capital of hope in that decade. 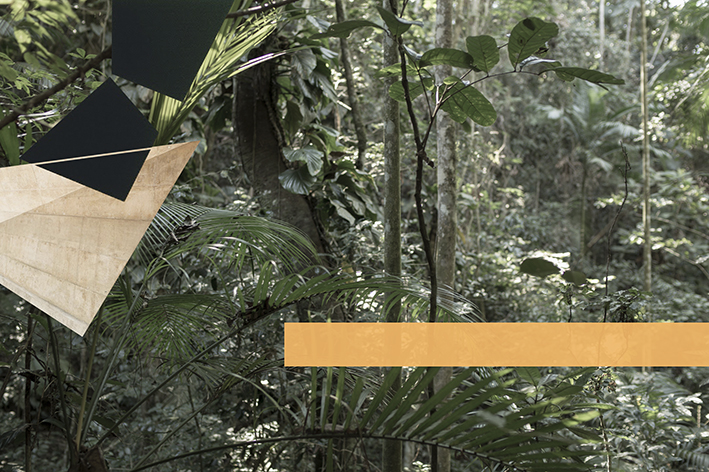 The buildings of Brasília are abstracted and transposed in the works by means of geometric forms (extracted from photographs of that city) with contrasting images of forest reserves. Another group of thirteen works (including “Noivinha,” “Jandaia Amarelo” and “Jussara”) gathers images of endangered bird species and plants that are “caged” in concrete blocks—a clear allusion to the material widely used in this architectural movement. These works stand distinctly from the black-and-white “Oca” photograph, with its indigenous rudimentary construction composed of wood and vegetal fibers creating a sort of opposition to the harsh Modernist lines otherwise present.

The body of work as a whole offers an ambiguous dialogue between human development, permanence and nature, which I discussed with the forty-year-old artist in an interview from New York when she was about to travel to Tokyo to set up the exhibition.

Modernism is a recurring theme in today’s contemporary art production. To what do you attribute the artists’ great interest in it?
Modernism was one of the most relevant breakthroughs in art, if not the most of all. The changes in society and technology introduced to the artists the possibility to represent their creative process in a new modern mechanical world with no ties to traditional styles or values. This is clearly the way contemporary artists want to keep expressing themselves and I think there is also a sense of nostalgia that make a lot of us go back to it. In the case of my current exhibition, “Linhas Modernas,” I focus mainly in modernist architecture (brought to Brazil by Le Corbusier) and my critical view on its social and political impact in the long run, especially in Brazil, where I come from. 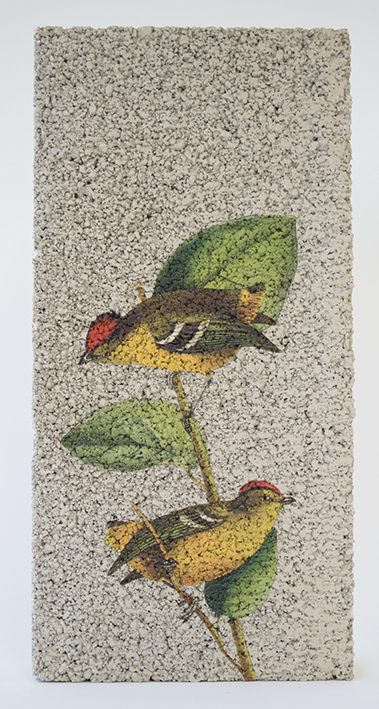 In the 1960s, the Modernist dream of Lúcio Costa and Oscar Niemeyer, materialized by the construction of Brasilia, served at the time as a hopeful and almost utopian model as “way” for Brazil. What do you think has changed?
The political and social achievements desired at that time did not come along with the class disparity and lack of urban planning by the political oligarchy. It was a dream stage that lasted for thirty years or so but corruption and self-interest (especially in politics) broke it down to the mess we see now. The relationship between landscape and urbanization (the biggest premise of the modernist architecture in the tropics) was never taken into account as a national priority and still remains poorly under-treated.

Can you tell me a bit about the series that includes the works “Noivinha,” “Jandaia Amarelo” and “Jussara,” birds in extinction images in blocks of concrete?
The concrete was one of the few materials used by the modernists architects after neglecting the baroque. I bring it not only to reinforce the importance of the material but also to criticize the lack of consciousness towards environmental issues. The birds, other animal species and the flora represented on the concrete blocks become poetic metaphors about time. When using the endangered species images printed on the concrete I am giving it a different sense of duration/ survival, as well as creating this parallel between manmade and nature by encapsulating nature on the concrete.

What kind of relationship did you intend to establish between the image of the “Oca” and the works that bring forests with geometric interferences?
Although very organic and thus not geometric in a first glance, the Oca has a symmetric construction process. I wanted to make a point that this utopian theory behind the modernist architecture in Brazil never considered the local culture which resulted in an inadequacy to the identification of the whole society. The modernist from the New World (Le Corbusier and his followers) brought mainly to undeveloped countries the idea of the modernist urbanization as an attempt to introduce industrialization, in a faster way. Which not only created a false premise, but it pushed national references even further out of the social reality. The “Oca” comes as an attempt to create a counterpoint between the original Brazilian architecture against the foreign romanticized one brought by the modernists, and point out its ongoing disappearance on the national territory as the indigenous people keep losing their land. 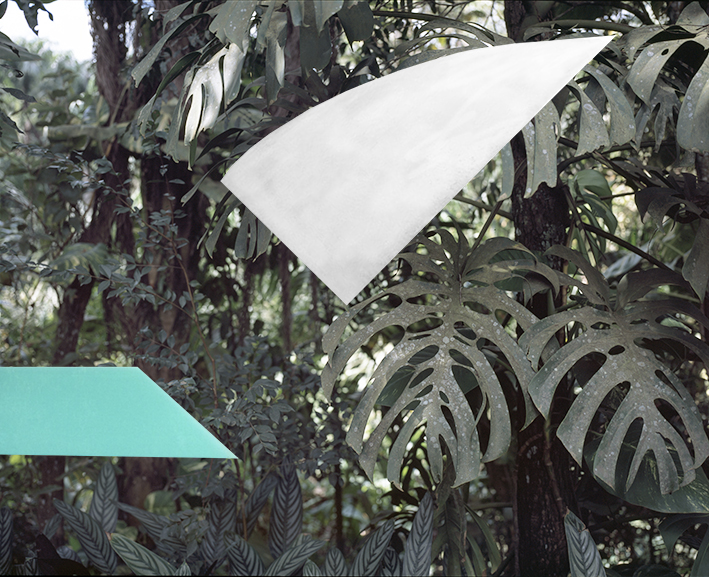