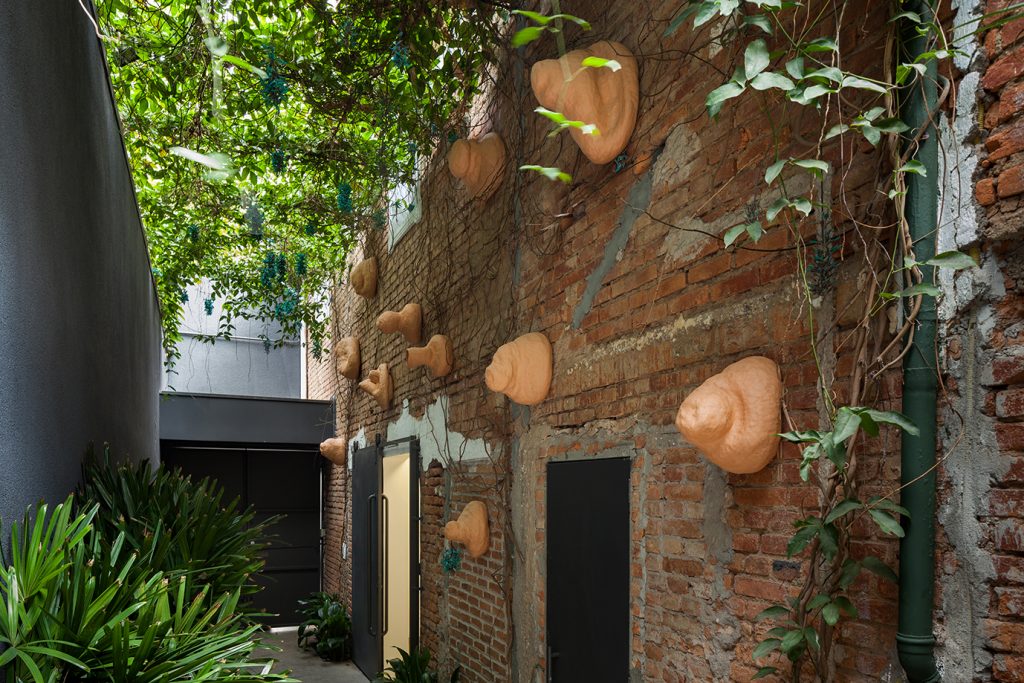 “We exist little, too little, we exist in disorder,” the late Mário de Andrade once wrote. “We lack antiquity, we lack the unconscious tradition.” The famous poet and critic thus summed up the ambiguous sentiment—a mixture of horror and wonder—which he nourished in his quest for national identity.

A similar feeling seems to be present in the exhibition “Memória e Desencanto”  (Memory and Disenchantment) by Solange Pessoa, who was born in Ferros, Minas Gerais, in 1961. As the presentation text of Rodrigo Naves points out, the “mineiros” (those born in Minas Gerais) often nurture mutable feelings towards their home state. Mutability that shows itself in the exhibition through the instability of the forms: as much in its disposition in the space, as in its unfinished and timeless aspect. Vertiginous, the works throw us so much into the past—in the search for an archaeological understanding (factor that is very clear in the series of drawings in oil on canvas that revisit rock inscriptions) as well as for the future, for a threshold of knowledge. 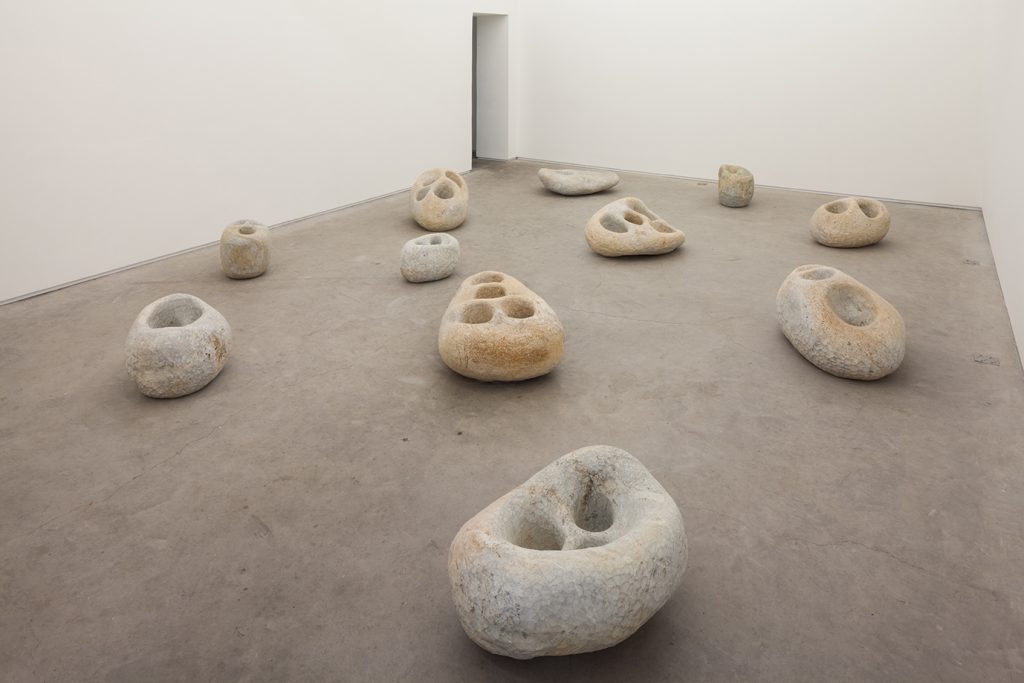 In this back and forth of time, the soapstone series “Fontes” (Sources) and “Mim mesmas” (Myself)—which spread through the floors of the exhibition rooms and through the gardens and walls of the gallery’s external area—transit between a praise for the roots, for the traditions, like the Barroco (Baroque) movement that found in that state its greater expression in the country and the popular art. Some assume spiral forms, other abstract masses with concavities that would fit a human fist. The soapstone, a local material that replaced the European marble, is commonly related to Minas Gerais, much for its use in cooking and decoration utensils and especially for the use by the important sculptor, carver and architect of the colonial Brazil Aleijadinho.

In addition to this return to tradition, the exhibition’s works also act almost metaphysically: their mysterious presence in groups awakens in the visitor a strong desire to touch them to understand their essence. They could also act as some extraterrestrial manifestation elevating the matter beyond any national or even planetary identification. This cosmic, cosmogonic, archetypal and at the same time ancestral atmosphere is not resolved. It vibrates in an imagination that tries to situate it in time and space. Impossible task. 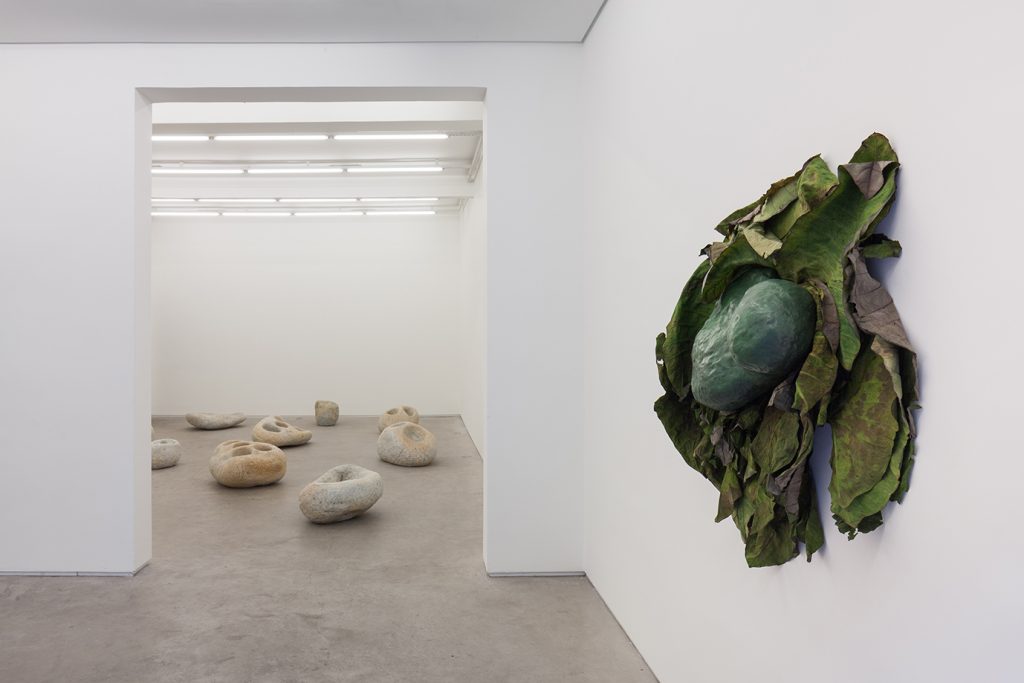 Even the bronze sculptures, made between 2005 and 2012, do not escape this paradox. The foliage in its surroundings guides the work to a wild, alive, organic and seductive aspect. Seduction that is broken when you notice the presence of bronze. This gestural liberalism may have some relation to the fact that the artist graduated and has taught, since 1993, at the Escola Guignard da Universidade do Estado de Minas Gerais. Guignard was the first director of the school and was the artist responsible for enabling a cultural leap in Belo Horizonte society. The school’s avant-garde influence on the local artists is indisputable.

Solange Pessoa’s practice materializes all these currents, simultaneously carrying within the movement and duality of the forms from the Baroque tradition and pushing the cognitive frontiers of our aesthetic experience that seek to unravel the mystery of phenomena. She involves this dialogism in an affective field that embodies itself as sculpture and painting.

If art is a witness of society, insofar as it preserves its memory as evidence of a common past, then “Memória e Desencanto” evidences a strong Brazilian identity. A multifaceted inheritance that essentially updates itself all the time in a fruitful way, announcing that if we Brazilians exist in disorder (as Mario de Andrade stated), and perhaps are even a little disenchanted, maybe we do not lack antiquity so much.