Among the narrative highlights is the poetic geometry of “Fachada” (Façade), a small-format 1950/60 tempera by Alfredo Volpi, curated with three African glass-bead knitted female loin cloths from the Kirdi tribe of northwestern Cameroon. Also from the same tribe is a pair of four-pointed stars in wood to be donned as cache-sexe (a small garment to cover female genitals), that relates to the origami folds of “Bicho 456” by Neo-Concretist Lygia Clark, who reinvented the concept of sculpture in the 1960s with her aluminum beasts (bicho). The conversation with a work by Léon Ferrari makes for a subtler, crisscross intervention. The provocative Argentinean artist is represented through a 1979 vertical sculpture composed of several thin oxidized steel rods, a perfect match for the set of branch-like iron currency in a horizontal display produced by the Kissi as dowry for marriages and births of first-born males. A threefold chronicle comprises the 1987 wooden wall sculpture by artist Macaparana, a loincloth by Brazil’s Wai-Wai tribe and a sculpture of a couple from the Dogon of Mali. Nevertheless, it is the Quran wooden board of the Tuareg tribesmen with its religious arabesques in conversation with the finespun lettering on paper by Mira Schendel that imparts the greater lesson in this fine event: It hails the universal oneness.

Paris-born Heymès has lived in Brazil since 1971 and has become a respected specialist, dealer and collector of tribal art forms from Africa, Oceania and Asia in his gallery, Patrimonio Antiguidades, also based in São Paulo. In the interview, he expounds the singularity of African art’s reinvention of the human figure, borrowed by Western art in the early twentieth century to culminate in the esthetic revolution of Modern art.

How did Picasso get in touch with African tribal art that would influence his revolutionary and controversial, “Les Demoiselles d´Avignon,” made public in 1907?
Picasso, Modigliani, Dérain and Matisse considered the art of the late-nineteenth century too academic and realist. On top of that, the invention of the camera challenged realist painting. They all lived in the poor quartier of Montparnasse where many soldiers who fought in the Northern African colonies also dwelled in and had brought back with them African objects to sell as trinkets in the flea market to make a buck. In 1905, in one of the visits Picasso paid to his friend, the surrealist poet Paul Éluard—then married to Gala, Dali’s future wife—he found Matisse there with an African statue. Picasso was so enraptured by it that Matisse ended giving it to him. Two years later, he painted “Les Demoiselles d´Avignon,” inspired by African masks, triggering the Cubist movement.

Can you draw a parallel with what happened in art in Brazil at the time?
Semana de 22 [Week of 1922: the emblematic art festival dedicated to Modern art, organized by avant-garde artists in São Paulo] was a pivotal moment and the setoff to Brazilian Modern art, which displayed a desire to rid the country of imported art, literature and ideology and acknowledge its peculiar cultural melting pot. In view of the event, artists and intellectuals identified Africa’s influence in the roots of Brazilian culture and in the miscegenation of society itself, developing a less Eurocentric perspective.

To fully appreciate African tribal art what concepts do we have to bear in mind?
The first Modern artists were drawn to African sculpture because of its approach to the abstraction of the human figure. Since African art and Modern art are bonded by this concept, beginning in the 1920s, both art forms were exhibited in Parisian galleries side by side. Subjective interpretation clashed with Paris academy’s rigid dogmas moving beyond naturalism which defined the concept of Western art since the Renaissance. With the world crisis and hegemony of China and India, our cartesian Western view is bound to change. We should lift our taboos and understand the intention. In Western art, the intention is the representation of the body in its perfection. In tribal art, the craftsman materializes an idea. He’s not worried with a literal, realist, photographic image. The universe of African art is not based on Western rationality. 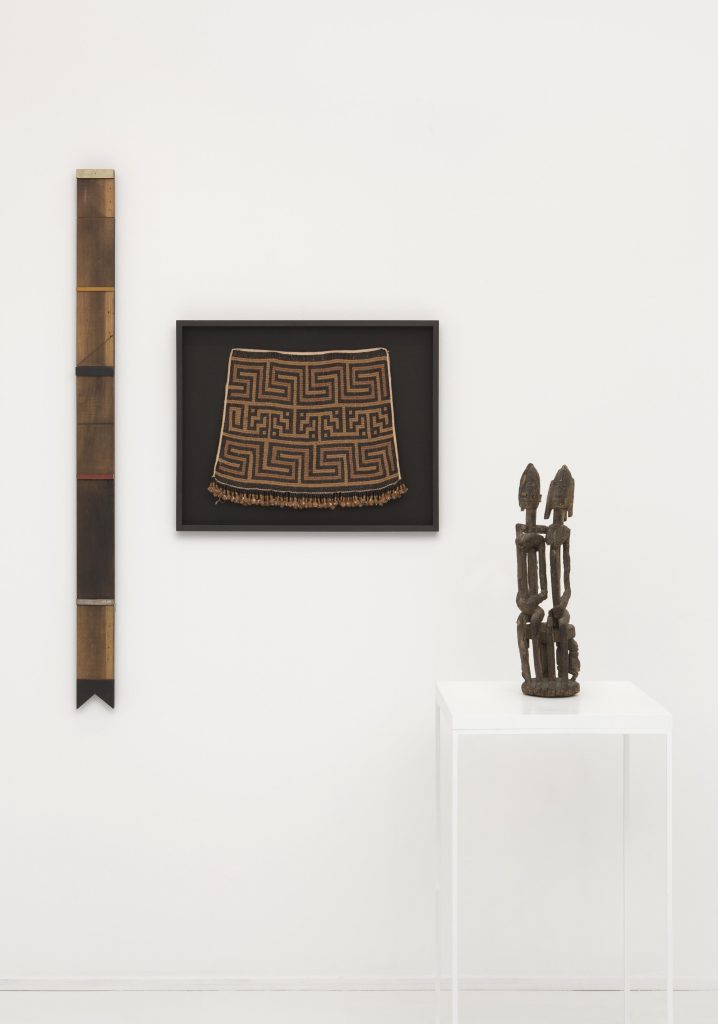 Give an example.
For example, some African tribes produce masks with six eyes because it is with six eyes the people of that particular tribe can see everything around him. Some make masks deprived of a mouth because in their cosmogony their god does not communicate through the mouth. So why a mouth?

So what role does esthetics play in African tribal art?
While in the Western concept the utmost reason for art is esthetics, all African tribal objects—currency, sculptures, masks—have a functional use. It is either produced for spiritual purposes or it is used in the daily chores. This does not mean they don’t value esthetics; on the contrary, the more refined the object, more it will serve its utilitarian or spiritual purpose.

A significant character at the onset of Modern art was Frenchman Pierre Verité. Can you tell us about Monsieur Verité?
He was the main gallerist in Montparnasse, the first known collector of African art, and had enormous influence over Dérain, Modigliani and Picasso. In the early 1920s, he grasped the artistic content in tribal objects, misread by Europeans as daily objects of the “uncivilized” good only for anthropological studies. In 2006, his collection went for sale at Paris auction house Hôtel Drouot. The masterpiece was a nineteenth-century Fang mask from Gabon, in Central West Africa, sold for a record US$ 7.5 million that shook the market.

Where is the largest nucleus of tribal art in the African continent?
Africa is a vast, complex continent, many of its tribes are nomadic, and there are over 600 large tribes.  Eighty-percent of them are concentrated in West Africa. If you take away Central Africa—Gabon and the Congo—the other regions are populated by nomadic tribes that do not produce objects, they practice body-art like the Brazilian Indigenous tribes do. West African tribes are branched from two large empires, Mali and Songhai. In 1931, the foundation of the Musée de l’Homme (Museum of Man), in Paris, organized several expeditions to collect objects from the Dogon in Mali. The Dogon, like the Yoruba people, have the vastest cosmogony, stories that tell the origins of the universe. 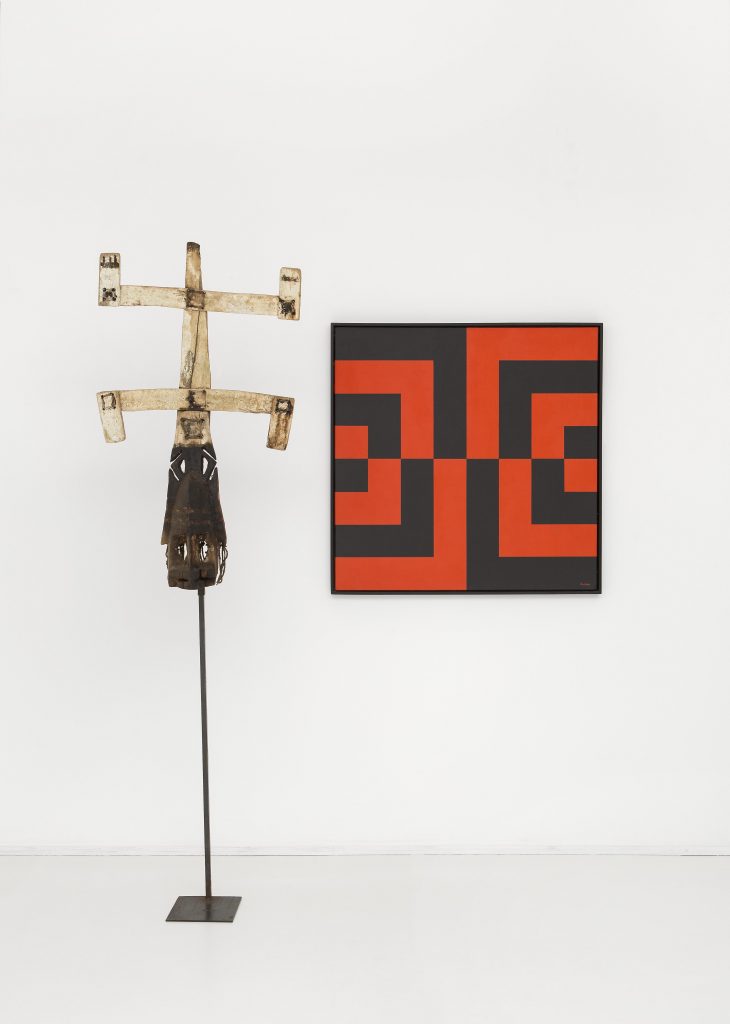 Animism is the attribution of a soul to inanimate objects and natural phenomena: how does that relate to tribal art?
What the West calls African art, for the African people these are daily objects with sacred powers because as animists they believe everything has spirit: the spirit of the wind, the water, the animals, etc. Animism is one of the most ancient beliefs. It is important to understand that there is nothing diabolical in the masks, dances, ceremonies or rituals—they are harmonizing agents to strengthen the human being, free him from fear, trauma, anguish, while dealing with fear of the unknown in a parallel world. For example, the married couples of the Baule tribe from the Ivory Coast have male and female wooden statues representing themselves. When the husband is angry with his wife, he fights with the statue representing her. To get from her mate what she wants, the wife seduces the male statue with natural oils and long bathes. It actually prevents many conflicts between couples. Interesting, no?