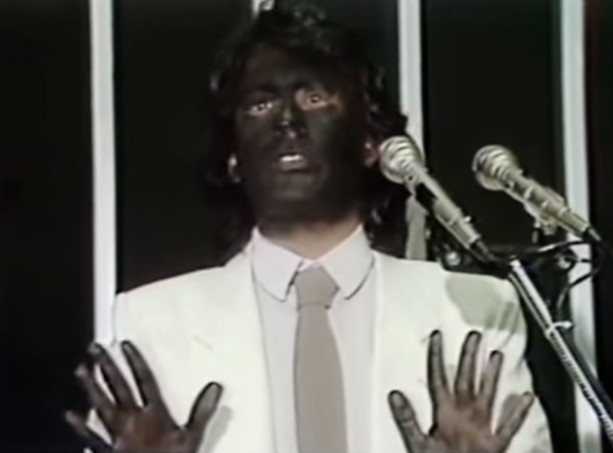 We are witnessing a growing drive to reevaluate aspects of other cultural matrixes in contemporary art, including those linked to what has been broadly defined as indigenous. From the perspectivist theories of Brazilian anthropologist Viveiros de Castro, passing through the discussions about alternative cosmologies and even the Anthropocene, the Amerindian universes are feeding diverse branches of contemporary thought and cultural production. The show on view at Sesc Pinheiros, “Adornments of Indigenous Brazil/Contemporary Resistances”—a joint curatorship between Moacir dos Anjos and the University of São Paulo’s Ethnologic and Archeological Museum (MAE USP)—tries to tackle a specific aspect of these universes. Uniting indigenous artifacts and objects from the museum’s collections with contemporary artworks, the show proposes to establish a dialogue regarding strategies of production and struggle in situations markedly lived by Amerindian societies which, for centuries, have been threatened by so-called waves of progress from occidental civilization. In the longstanding battle to sustain their traditions, culture and even their own people, it is unnecessary to point out that those strategies failed due to the extreme degree of segregation, racism and even violent extermination such cultures and populations underwent. Nevertheless, the show is a good and even rare opportunity to face aspects of the binary relation proposed by its title, that is, between ornament and resistance. 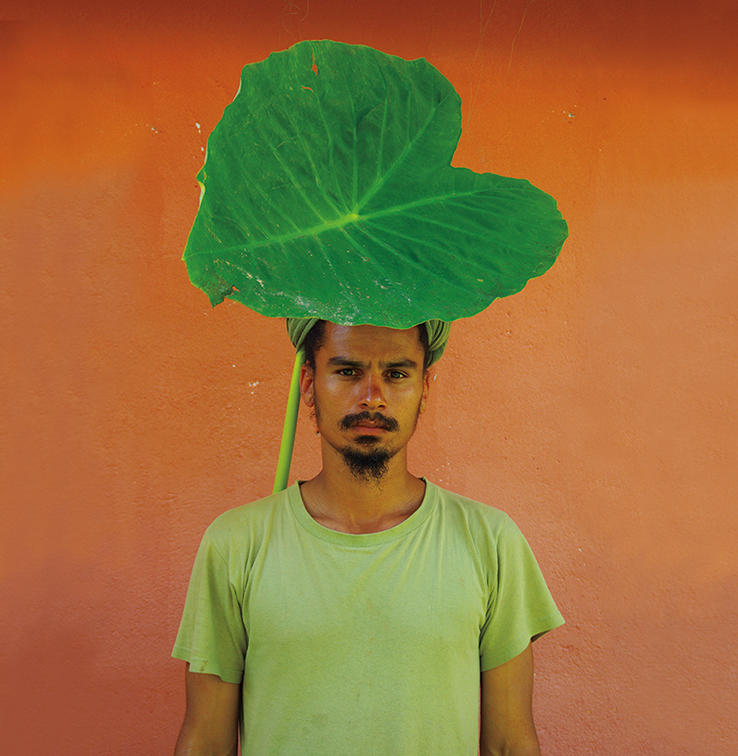 Paulo Nazareth, series “objects to block the sun from your eyes” 2010

To do so, the curators proposed an exhibition display based on a dark, black-box style with low light, allowing some video projections to be better integrated in the space of displayed objects and images. From another point of view, this dark setting reinforces a dramatic state related to the indigenous objects and the histories they embody, giving at some moments an almost theatrical quality to the show which confers the feeling that, in this stage, actions could happen. And in many moments of the show, this might be true.

In fact, the relationship between body and ornament becomes paramount to an understanding of the binary relationship of ornament and resistance: the body as a repository of signs, languages, images (to be hidden or codified); a body that is also stripped out from its own context and culture. There is also a social body that loses ground and function when forced into a new society. A body that claims to be recognized as it is but is disciplined to become something else. A body that needs to transform itself to survive and, at the same time, hide its treasures to not be exploited. Artifacts and artworks are metaphors for these many facets, juxtaposed to register moments of contact between the Amerindian manifestations related to what had been assumed as “ornaments and contemporary cultural productions that are presented as ‘resistants’.”

But, from a certain distance, it seems quite the opposite: since for the Amerindians the idea of art or ornament is quite different from how we define it—because it doesn’t exist as such and is totally and functionally integrated in the very fluxes of life productions they develop. Contrasting to this notion is the ornamental status that (contemporary) art has assumed in our Western societies. A first clash is drafted then: what/who is decorating and who/what is resisting? The more politically charged actions presented here, involving artists, activists, Amerindians and even politicians, may configure the strongest testimonies, narratives and repositories of this troubling relation evoked by the binary forces proposed by the show, touching on the very contradictions it seems to focus on.

Consider Claudia Andujar’s photography from a series of numbered Amerindians: “Ajarani, BR 210 – Terra Indígena Yanomami” (Roraima, 2005) and “Marcados” (facsimiles of Amerindians’ medical files). It is a powerful experience to face the gaze and presence of the Amerindian girl posing with a numbered necklace almost without bothering herself with its meaning—their unfamiliarity with numeric systems meant they were thinking it to be simply a new and strange ornament. The medical files from those subjects on display adds to their power. Andujar lived among many tribes since the fifties (between Karajás, Yanomamis and others), becoming integrated into their ways of life and culture as well documenting their complexities and the dangers they were facing. But in 1978 she was expelled from the region by the military dictatorship, which perceived her work as undermining the military’s support for exploitative endeavors within indigenous territories. She was only allowed to return when, together with two other physicians, she started to produce medical files of those populations in an effort to give them assistance against possible epidemics caused by “white” diseases. It took a very long time for Claudia to migrate those files from the private and functional field of social medicine towards the cultural and public sphere, and they may show us the strong vulnerability and control by which those populations are submitted… But aren’t we too also subjected somehow to similar structures of control? 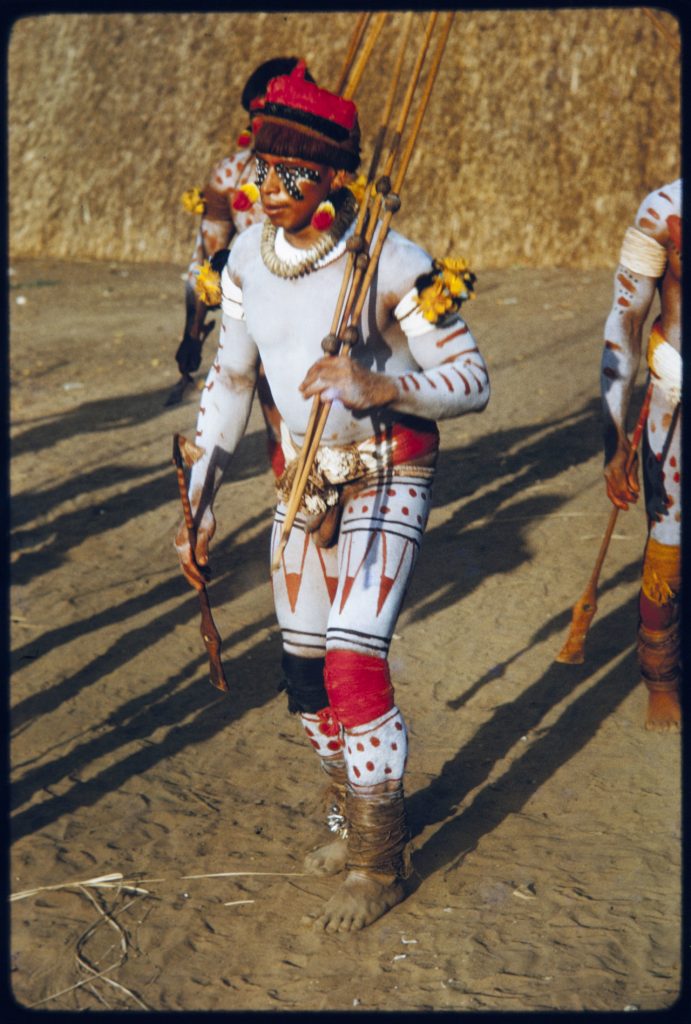 Another remarkable presentation is a series of small black-and-white photos documenting an action of Bené Fonteles. “Untitled” (1996) registers an episode when the artist and indigenous activists installed a cockade and arrows over the statue of justice in Brasilia. This public intervention, made with the Members of the Council of Articulations from the Indigenous People of Brasil and with some parliamentarians, was an act of resistance and protest against a decree which would allow that existing demarcated indigenous territories could be contested and sued, and in a juridical maneuver, cease to exist. The action created a strong image: the modernist-style sculpture of blind justice—symbol of a democratic and modern country—adorned with indigenous elements that might be seen both as rich in aesthetic terms and also as a strong statement of war. (In many Amerindian cultures, there are specific patterns and elements to every state of social affairs, including war.)

The most astonishing piece, maybe the epitome of the show’s concept, is precisely not an artwork in itself, but a video register of a real political speech. The video depicts a man in a white suit, painting his face and hands in black while he speaks into a microphone on a public tribune at the national congress. The video shows Ailton Krenak’s historic speech at the 1987 Brazilian constituent assembly, in which he addresses the conditions of never-ending abuses and violences suffered by the many indigenous populations, which were being largely overlooked by the new national constitution. His double act of communication—speech and paint—can be read as a double language in which he manifests visually and soundly a state of mourning for those populations that can also be read as an act of war, in the same fashion Amerindians painted their bodies for every different social rituals or occasions.

Even if trying to stand for a critical position, “Adornments of Indigenous Brazil/Contemporary Resistances” only drafts in very specific moments a reflection about the agency and functionality of ornamental productions as resistance acts. The show certainly highlights an inner potential of Amerindian cultural elements, but maybe its strongest feature is to allow an indirect mirroring effect where we can observe our own prejudices when looking at those Amerindian productions only as beautiful objects. As always in Brazil, the dark sides of modernity are hidden by positivist constructions of the local myths… history, media, art, language are all there to obliterate a still-present and violently rampant axis of colonialism.