“The Many and the One: Contemporary Brazilian Art in Andrea and José Olympio Pereira Collection” (Os Muitos e o Um: Arte Contemporânea Brasileira na Coleção Andrea e José Olympio Pereira) runs at São Paulo’s Instituto Tomie Ohtake until Sunday, October 23, occupying its entire exhibition space. The event amasses approximately 300 works featuring painting, drawing, sculpture, installation and video authored by some of the most influential names in Brazilian art since the 1950s to the new generation of contemporary artists of a total private collection comprised by circa 2,000 works that also comprehends foreign auteurs not on show.

“We are living in a pluralistic era, and also a time of exceptional diversity and hybridity […] Nowhere is this pluralism richer, more heterogeneous and fruitful than in the Americas; nowhere in the Americas is there artistic effervescence of all kinds greater than in Brazil. […] Each of these decisions was made after examination of special qualities and strengths of unique works, even when you consider its place in a broader context made up of other works by the same artist, sets of works by other artists of similar trends and the complete work of artists of obviously different—and possibly contrary—styles and beliefs,” are the words in the press release that sum up the guiding concept chosen by the exhibit’s curator, American academic Robert Storr, ex senior curator at New York’s MoMA and the Venice Biennale and now at Yale. For the momentous task, Storr had the assistance of Paulo Miyada, head curator of the Tomie Ohtake Institute.

In the book “Questions of Practice: What Makes a Great Exhibition?” (Philadelphia Exhibitions Initiative, 2006), Storr writes: “The exhibition-maker’s job is to arrange this encounter between people and what puzzles them in such a fashion that they will derive the maximum benefit and pleasure from it […] and make something out of new experience.” This is a subject we explore in greater detail in an interview with Paulo Myiada on the art of curating. 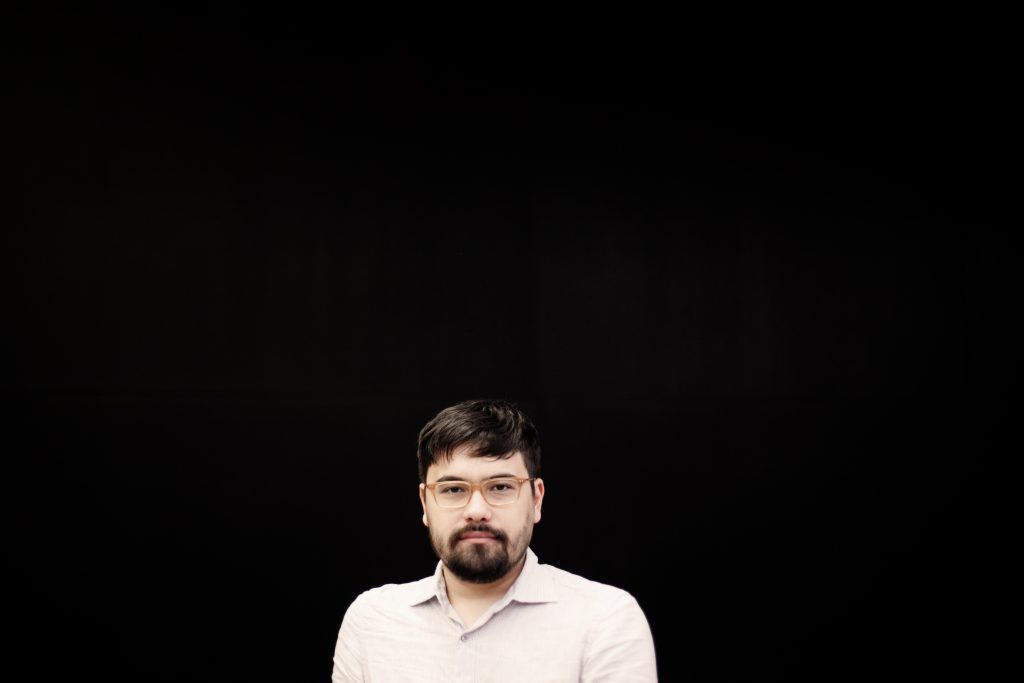 Paulo, can you explain the brainchild of the curatorship of the exhibition of the Andrea and José Olympio collection outlined by Robert Storr and you?
In essence, this collection largely addresses Brazilian contemporary art. Most of the works comprehend artists whose productions flourished in the late half of the 1960s. The greatest segment of meaningful artists of this period is represented within the collection. One of its traits is a thorough endeavor regarding certain artists from whom the collectors gathered significant series of works, namely Carmela Gross, Waltercio Caldas, Anna Maria Maiolino, Adriana Varejão, José Leonilson, Paulo Pasta, Luiz Braga, José Damasceno and Rosangela Rennó. The collection also embraces a historical nucleus with three generations of Brazilian geometric-abstract art and an especially large production of tableaux by Alfredo Volpi. This nucleus connects the collection to the legacy in Brazilian art since it disseminates the information retrieved by best part of contemporary local artists from the generations before them. A third nucleus refers to the presence of several works by a younger generation who has effectively begun producing art in the past fifteen years. Since this effort is recent, nonetheless, vast and diverse, the viewer should not expect a comprehensive showing of this segment. However it reflects the collectors’ commitment to maintain a broadened scope toward contemporary art opened to recent experimentation and expansive investigation.

Did you know this specific collection before this experience?
I knew parts of the collection but I believe this was the first time it was accessible to the public in a comprehensive showing of this magnitude, with so much research and concentrated effort by the curators.

There was controversy among Brazilian curators upon the invitation of the US-based academic Robert Storr to curate the exhibition. Can you tell us about the experience?
It was my first opportunity to collaborate with Robert Storr. From day one he asked me to forget about concepts and phrases of effect that could compromise the exhibition as a whole. Since the beginning the aim was conveying a generous atmosphere for both the works and viewers. Curatorial authorship should not in any way overwhelm the experience of the exhibition itself. With this in mind, the locus of the curatorial process should be restricted to the organization of the galleries in the manner of landscapes. The singularity of each work should consider its affinities and contrasts to the exhibition as a whole. Certainly, it was taken into account that there is an array of possibilities for interpretation as well as the debate on the nature of Brazilian art and the culture of the country itself that might in some way or other be benefited; nevertheless this should not be inferred as an a priori systematically formulated with the theoretical speculations. On the other hand, to assemble an exhibition of its scale and range the curatorial work adopted a stance that emphasized cohesiveness and precise characteristics in each of the galleries, even though it frequently occurred we had in our hands very different works of the same artist. To achieve a close-knit viewpoint, we avoided the “kaleidoscope” effect by relinquishing some great works and artists.

Would you say Storr is an expert on Brazilian art?
Storr never presented himself as an expert in Brazilian art. However, he’s had several opportunities in his career to delve into the subject through collaborations with artists, curators and researchers. In this case, his unfamiliarity with the subject was a criterion for his invitation since he would effectively understand how to look into the collection and identify its potential without having to resort to a closed, self-sufficient narrative.

So what did you learn through this collaboration with Storr?
One of the things that called my attention was the cautious attitude he conveyed as a curator which contrasts with the ongoing trend among most curators from the new generation for whom theoretical discourse is central in the conception as well as in the assembly of art exhibits with the risk of eclipsing an artistic work or saturating the viewer’s perception. Furthermore, I also learned a great deal during the thorough, painstaking assembly of the exhibition itself.

How long did it take to study, research and understand the collection in detail to the final selection and placement of works?
Contacting Storr begun quite a while ago. The selection for the exhibition took us approximately a year, including Storr’s visit to the Tomie Ohtake Institute and an endless amount of email and meetings for the preparation of the exhibit.

Now with all this experience behind you, as a curator, what advice would you have for an aspiring young art collector?
Advices are fragile wordings… That said, it’s impossible to imagine a collector that feels no empathy toward the works he has amassed. I don’t know of a single collector that doesn’t devote a considerable amount of time and effort going to art galleries, museums, observing, studying, discussing art, not to mention the time concentrated expanding the collection, acquiring more art works art and the requirements needed to manage the collection.