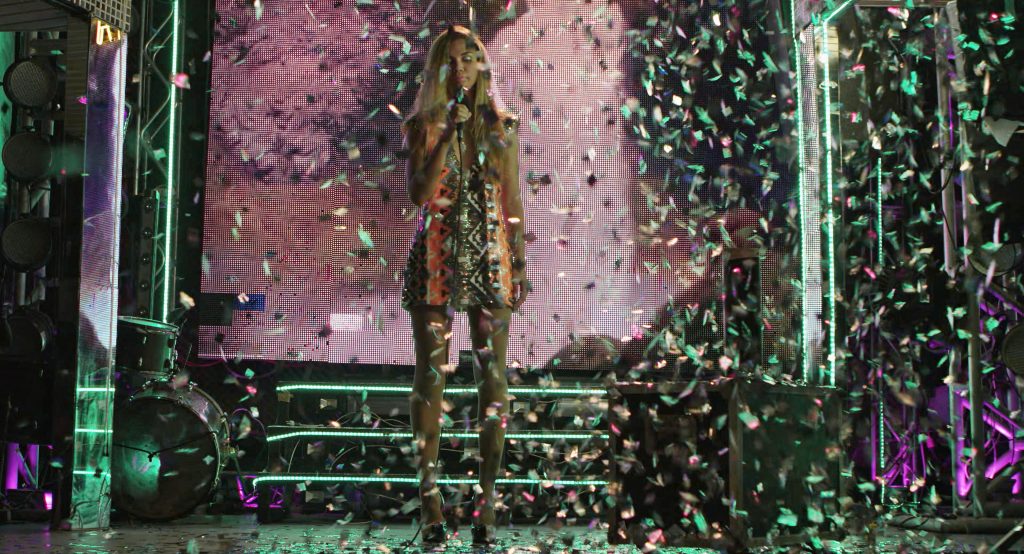 Aptly titled “Incerteza Viva” (Live Uncertainty), the 32nd São Paulo Biennial opened in a moment of national political tension like many editions past. The prior edition was foregrounded by the impending presidential election that candidate Dilma Rousseff eventually won. “Live Uncertainty” opened in the wake of her impeachment. Political precariousness never seems to dissipate to make way for calmer, more predictable times, especially in a country as large and complex as Brazil. The curatorial team of this year’s international survey—led by Jochen Volz and co-curators Gabi Ngcobo, Júlia Rebouças, Lars Bang Larsen and Sofía Olascoaga—broadened the spectrum of reflecting on the precarious conditions of the present beyond politics proper, to reach across multiple and perhaps unexpected fields of study. 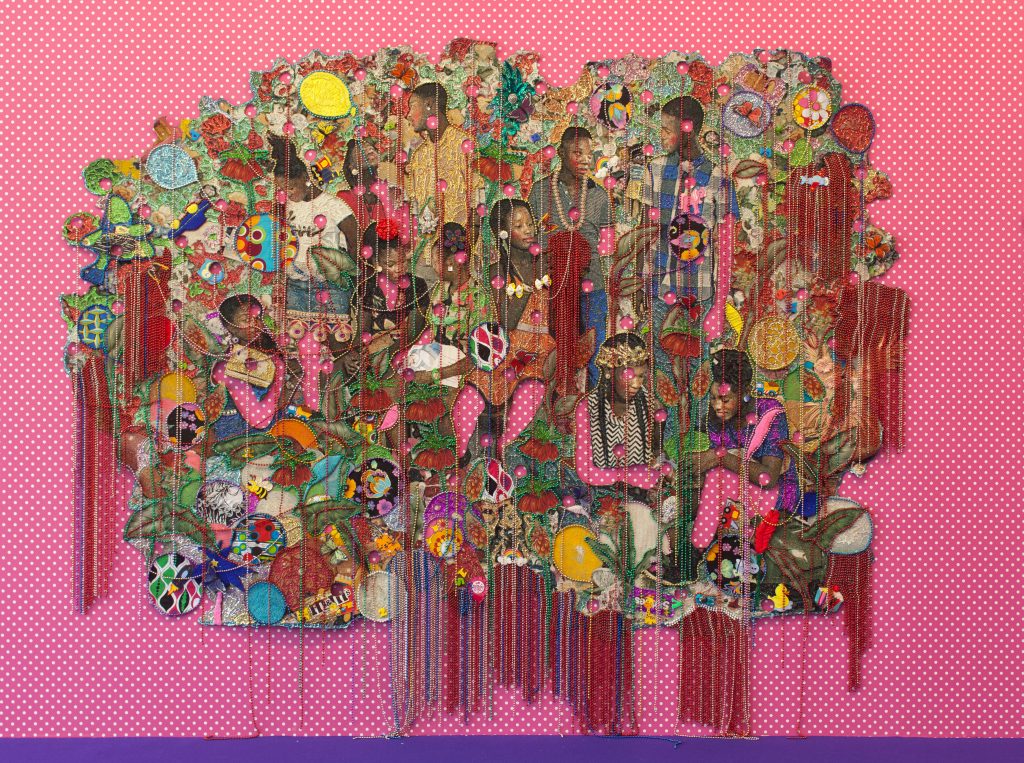 As Volz highlights in his catalogue essay, this exhibition is not intended to be “a post-apocalyptic art show, but instead as an investigation to trace cosmological thinking, ambient and collective intelligence, and systemic and natural ecologies.” In contrast to the saturation of religious imagery and the more monolithic approach of the biennial prior, “Live Uncertainty” created a determinedly pluralistic format. Rather than filling the space with largely well-established artists who frequently participate in international exhibitions of this type, the curators chose a balanced list of emerging, well-established and less widely known mature artists. With some of the prominent themes being spirituality, ecology, agriculture and  anthropology, the exhibition emphasizes research-driven creative practices and alternative forms of knowledge production. In the aforementioned essay, Volz writes that study days were essential leading up to the public opening: “We proposed that the 32nd Bienal de São Paulo should adopt a less centralized perspective by assuming the role of the listener.” An exhibition that listens rather than tells is—to use this phrase sparingly—a radical idea. Volz’s edition proposes “unlearning” institutionalized forms of knowledge, so that one might, as he writes, “learn to live with uncertainty.” 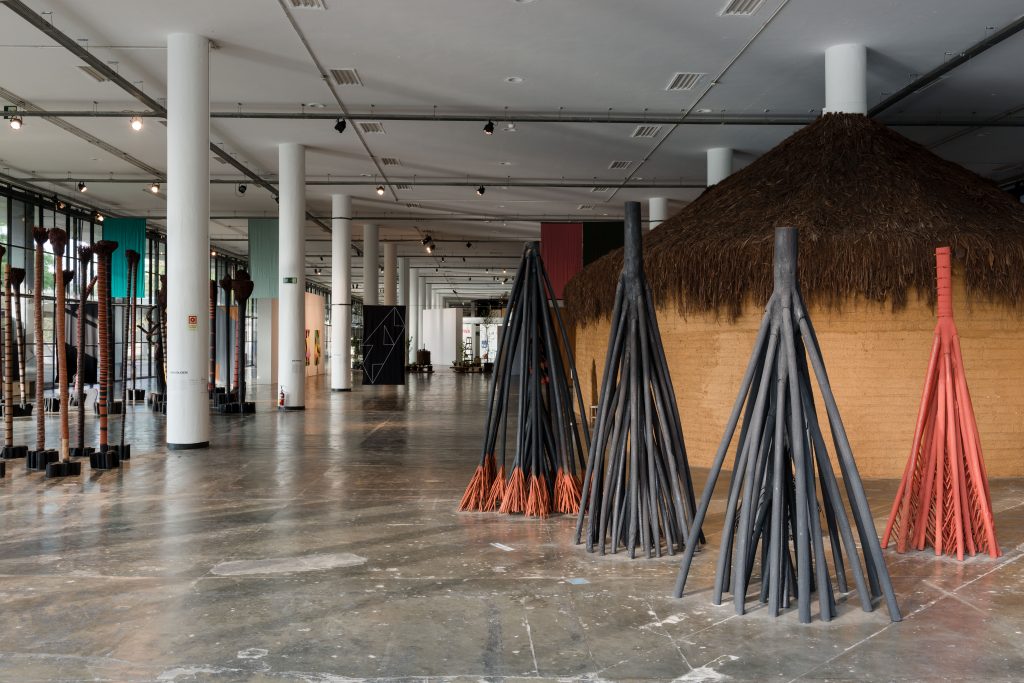 Upon entering the iconic Pavilhão Ciccillo Matarazzo on the ground floor, you meander through a Frans Krajcberg installation of awe-inspiring totems crafted from raw reworked natural materials, and encounter Bené Fonteles’ “Àgora OcaTaperaTerreiro” (2016), a clay-walled structure that visitors are encouraged to explore. Inside this architecture, you find a variety of ritualistic-looking objects arranged on shrines, with an arrangement of chairs surrounding a large mandala of sorts made of soil, manioc flower and patchouli located in the center of the room. Over the course of the exhibition, the circle is activated by talks with the artist and public about, according to the artist, “postponing the end of the world.” Having the aura of being both a private and public space, Fonteles’ piece includes texts by local shamans and alludes to the contemporary import of indigenous forms of knowledge. Outside of the structure, Felipe Mujica’s series of interactive fabric panels entitled “Las Universidades Desconocidas” (The Unknown Universities) (2016) hang from steel cables anchored in the ceiling, displaying brightly colored geometric abstractions. They bisect the large gallery to become a permeable wall as one moves through the space. These works punctuate the entirety of the biennial on multiple floors, a visual grammar that threads its way through the rest of the show. 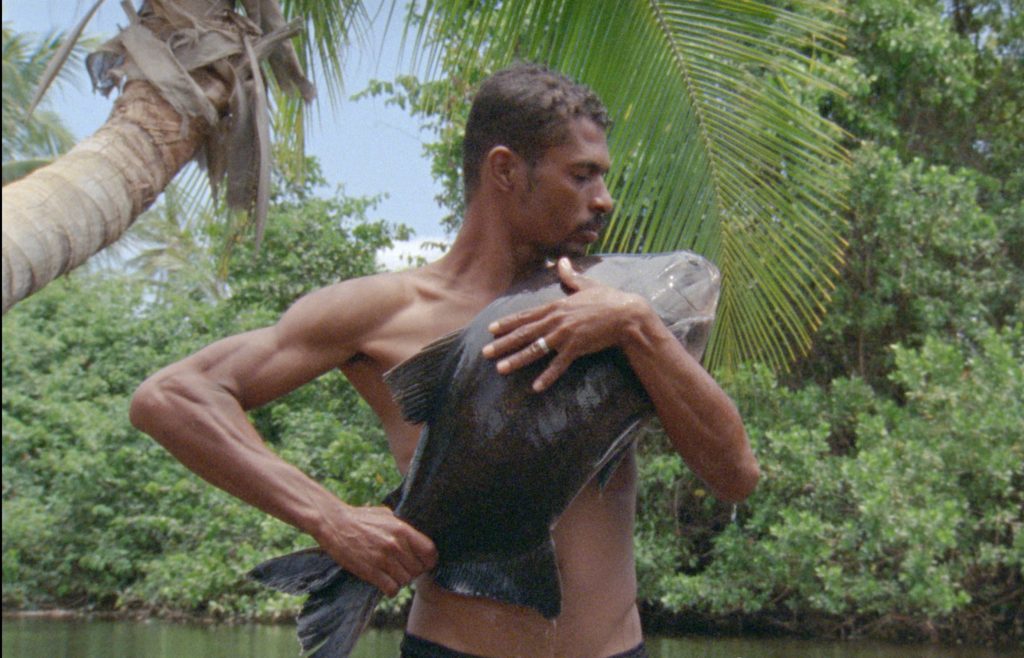 Nearby, Jonathas de Andrade’s “O Peixe” (The Fish) (2016) provides one of the most arresting images in the biennial, a video depicting fishermen on canoes casting their nets and shooting spears off of the northeast coast of Brazil. As they gather each fish onto the canoe, they embrace and softly pet them as they die. The action recalls post-hunt veneration rituals common to many indigenous tribes scattered throughout North and South America (amongst other geographic regions). With unabashed tenderness free from sanctimoniousness, Andrade’s video points to a “call to empathy” rather than a “call to arms” in terms of our global collective conscious. “The Fish” is a metaphorical beacon in “Live Uncertainty” that also refers to bourgeoning fields of study such as eco-spirituality. This subject matter shifts more directly into the realm addressing environmental degradations once you move onto the first floor. Here, visitors can taste Jorge Menna Barreto’s “Restoration” (2016), a food project where the artist created a temporary restaurant that serves lunch daily with a rotating menu of recipes inspired by food-production networks, such as agroforestry, an agricultural practice aimed at protecting soil and biodiversity. This project shares strong ties to Nomeda & Gediminas Urbonas’ nearby fungi-farming lab “Psychotropic House: Zooetics Pavilion of Ballardian Technologies” (2015-2016). 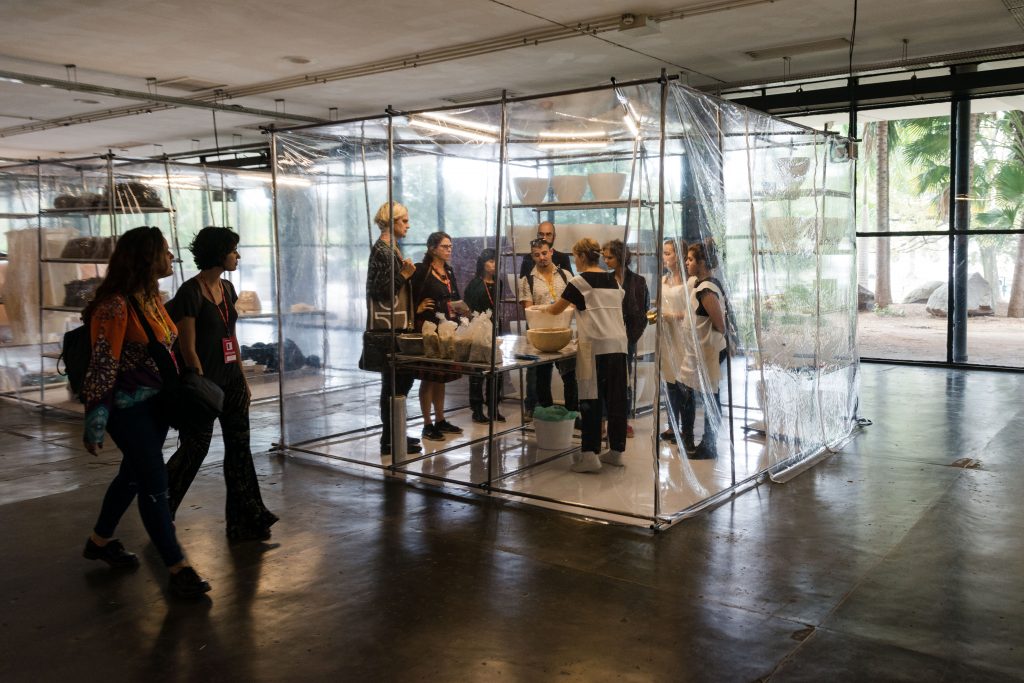 Considering the nature of the works and prominent themes in the show, it is not surprising that local newspapers nicknamed this edition “the hippie biennial” before it even opened its doors the public. Not to be misunderstood as a pejorative moniker, there is something to be said about how the works in “Live Uncertainty” echo some of the sentiments of 1960s counterculture that developed in response to mounting social unrest. The participating duo of writers and researchers Till Mycha (Helen Stuhr-Rommereim and Silvia Mollicchi) reference 1960s counterculture explicitly, characterizing themselves as “psychedelic researchers” that challenge the common distinctions between body, mind and knowledge. But it is also significant to point out that this “hippie” theme was just one of many other legible features of the biennial.

Other notable works include “they were discovering things and finding ways to understand…(when they grow up…)” (2016) Ebony G. Patterson’s surrealistically colorful, immersive play room that featured several rich, layered tapestries developed from the artist’s investigations into the material culture of childhood imagination. There are a number of hyper-pop, dancehall-inspired videos such as Barbara Wagner’s “Mestres de Cerimônias” [Masters of Ceremony](2016) and Cecilia Bengolea & Jeremy Deller’s “Bombom’s Dream” (2016). Hito Steyerl’s dark humor in “Hell Yeah We Fuck Die” (2016), titled by the “five most used English words in songs over the last decade” is a steel and concrete jungle gym of sorts that frames a series of recent videos, highlighting violence related to war at a global scale alongside training sessions with robots.

Like many international exhibitions of this scale, Volz and the team expressed a curatorial logic associated with a broader metaphor, in this case, the notion of a garden. With the aim to collapse the boundary between Ibirapuera Park and biennial building, a number of artistic activities happened outside of its iconic architecture. In doing this, it achieved a more open exhibition space, and a humble, less self-referential vibe, encouraging a fluid relationship between the park and the pavilion. Pope L.’s elusive “Baile” (Ball) (2016), a four-day-long twenty-four-hour performance in which a man and woman dressed in Festa de Debutante-inspired costumes dance through different neighborhoods in São Paulo, drew attention to the stark socioeconomic contrasts as one moves from one area of the city to another. 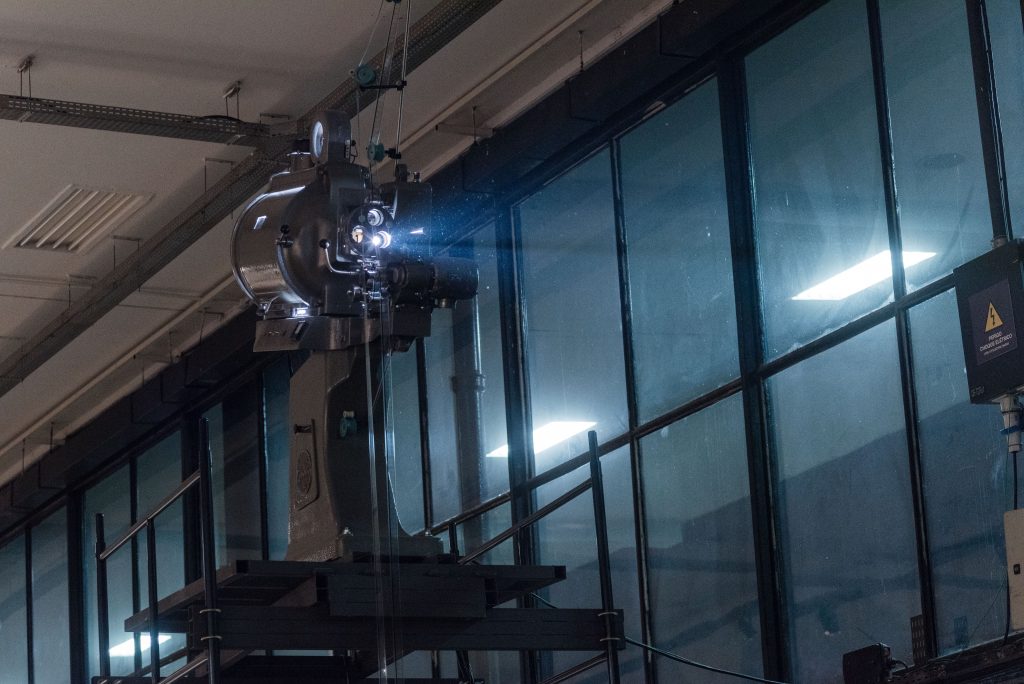 Art will always be contingent on teasing out paradoxes of the present, the human condition and an uncertain future. One of the key strengths of the curatorial premise here is that uncertainty will always be relevant. As the tectonic plates of the unknown shift beneath our feet, this exhibition proposes the need for inventing tools of understanding that better reflect our present.