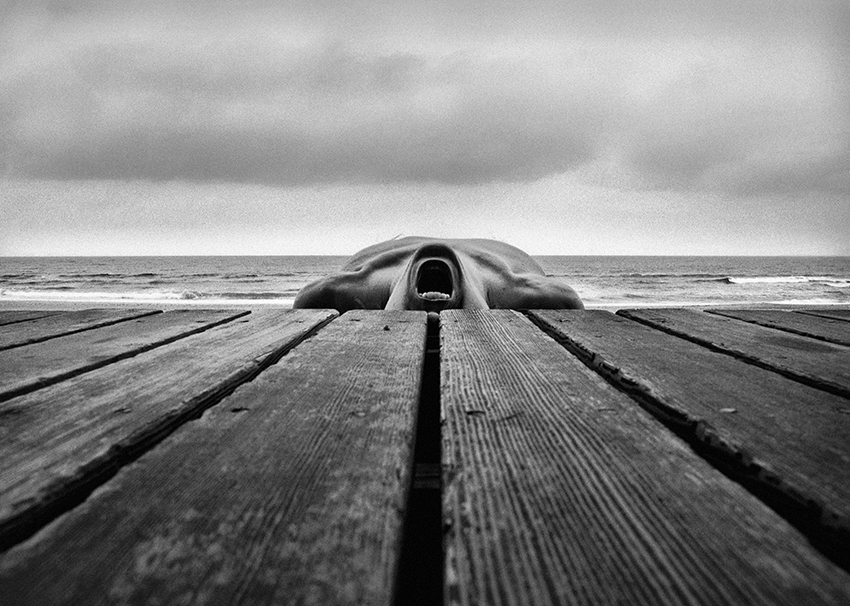 “If you are going to be under the snow, be under the snow. ‘Out of limitations new forms emerge,’ Georges Braque said.” Artist Arno Rafael Minkkinen (Helsinki, 1945) shares this in “How to work the way I work,” instructions that he put on his website, along with “embrace mystery” and “accept failure,” for those who want to imitate his peculiar self-portraits created with analog camera, sync cable and without any assistants or technological manipulations.

The retrospective “Corpo Como Evidência” (Body As Evidence) brings together a sampling (fifty photos and one video made in several countries like the United States, Brazil, Italy and China) from the long trajectory of Minkkinen. It also integrates the work into the large-format “Passageiro Frequente” (Frequent Passenger), conceived especially for the facade of Sesc Vila Mariana. For the last forty years, the artist has been experimenting with his own and other naked bodies and, in order to explore these concerns, the institution prepared a rich parallel program that includes courses, talks and workshops to go with the show. 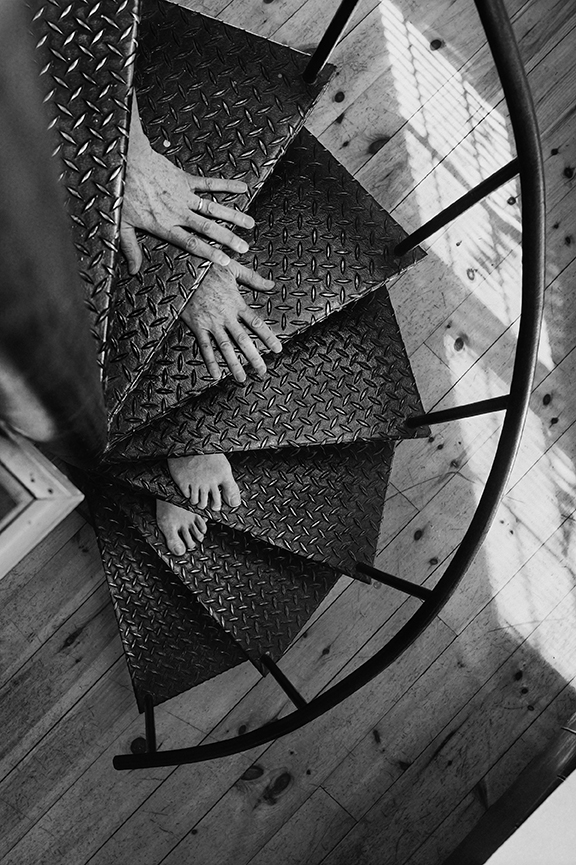 The exhibition, composed of modular wooden structures, fortunately breaks with the white wall tradition and works well in the convivial open area (a challenging space for this type of project) making it both enticing and accessible from all sides. Curated by João Kulcsár—teacher, photographer and creator of the project “Visual Literacy,” which teaches photography to disabled people—“Corpo Como Evidência” communicates clearly and didactically with the public without diminishing the dramatic aspect of its subject. 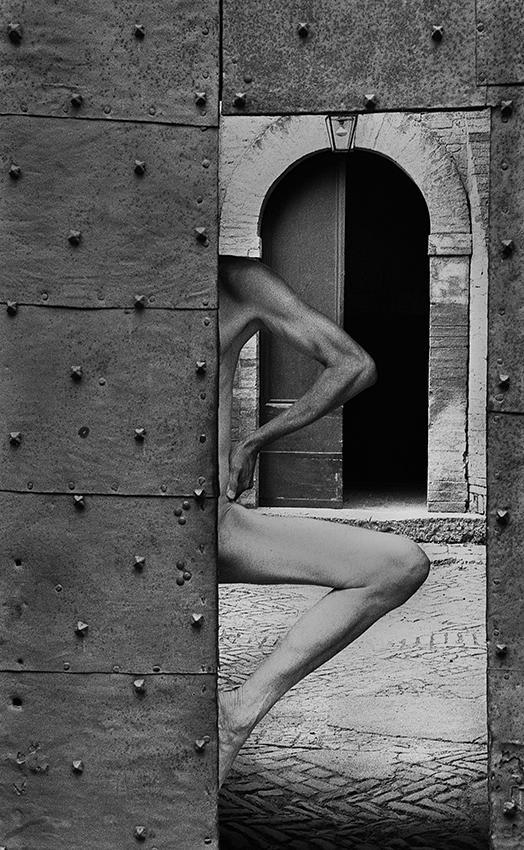 The artworks are arranged in the space in subtle groupings based on their different formal approaches. Among these groups, the self-portraits with trees include “Fosters Pond,” Massachusetts (1990), “New York City” (1971) and “Três Pinheiros” (2016). Next to these, another group focuses on experiments with body geometries through the scale of the joints, such as the self-portrait in “Castello Tancredi Gate” (2000), Tuscany, Italy. Another important theme is the dialogue that Minkkinen establishes between landscape and architecture through the imitation of mountains or the peaks of skyscrapers. In this, he builds formal dialogues between different cities through the repetition of the same body design in different locations, such as the contortion study in Aspen, USA (2012) Lianzhou, China (2006) and Rio de Janeiro, Brazil (2015).

Minkkinen moves between camouflaging the body in the landscape, as in the works mentioned above, and making it evident, as indicated in the title of the exhibition. The latter aspect can be seen in works like “Esperança” (2015), where he appears lying naked on a log; “White Sands” (2000), depicting his feet and legs in the foreground confronting a desert in the background; or “King of Fosters Pound” (2013), in which he shows his head out of a trunk in a lake. This game of hide and seek can easily remind us, as the curatorial text mentions, of the work of Francesca Woodman (1958-1981). The North American artist, who committed suicide at age twenty-two, left behind 800 self-portraits, including many nudes, which oscillated between the sculptural, phantasmagoric and the erotic to the interpenetrate cracks of crumbling architectures. The shocking fact around her is that her photos (in which all her body appears) only came to be recognized by the art world when she fatally disfigured  that body, after jumping from a building’s roof. 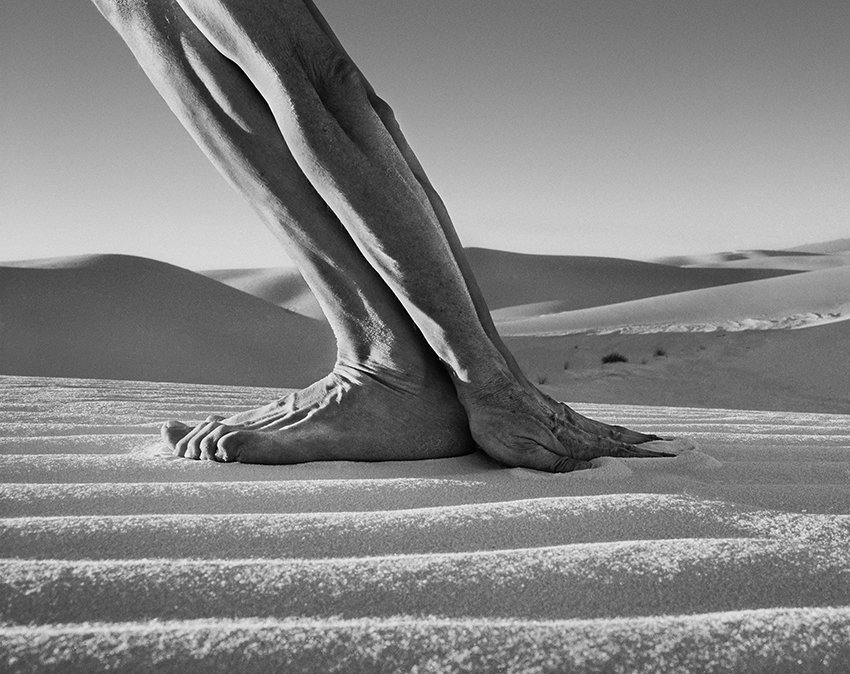 Less visceral than Woodman but not less intense and risky, the Finnish artist Minkkinen goes beyond the investigation of the sculptural aspect of the body to test “the limits of what the human body is capable of or willing to risk” as he said. Thus, it seems clear that Minkkinen’s intention is to submit the flesh to the confrontation with the landscape that both can make the body appear or disappear. This flesh behaves ambiguously: Does it wish to reassert or to abandon itself? 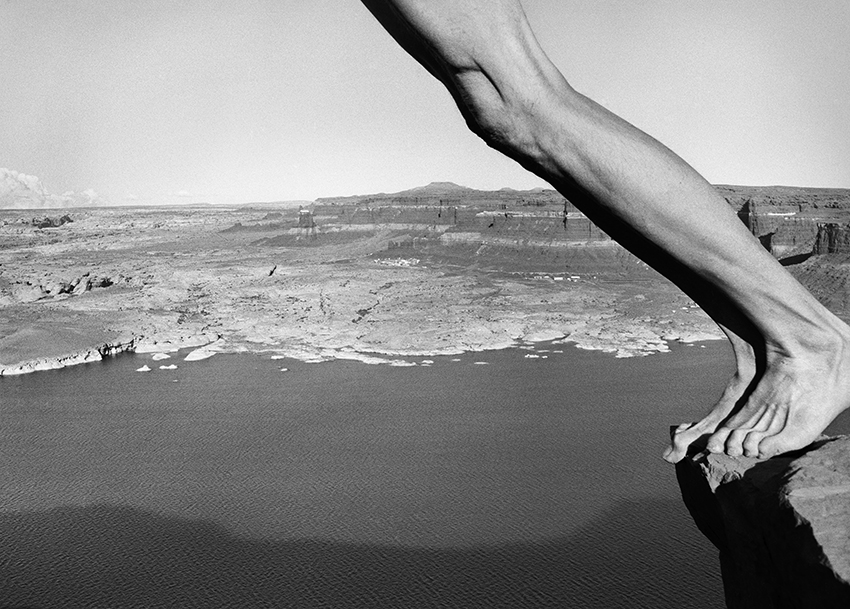