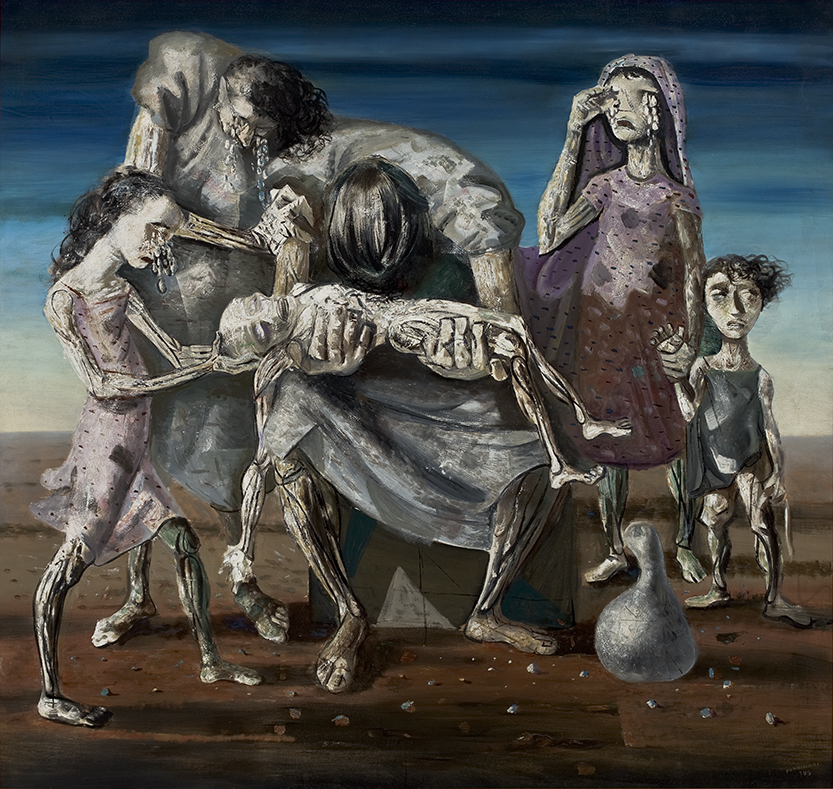 A painter from and of the people; the “official artist” of the first half of Brazil’s twentieth century. These descriptions may show the scope of Cândido Portinari’s oeuvre (1903-1962), indicating both the arc of his influence as well as its importance for Brazilian cultural history. The current show dedicated to him at the Museum of Art of São Paulo (MASP), entitled “Portinari Popular,” presents a cross section of important historical works, evoking both the painter’s popularity as well as his interest in Brazil’s popular universe. Grounded in works from the museum’s collection, it follows recent institutional and curatorial renovation that is revisiting key aspects of the museum’s program, since its founding in 1957, to explore the legacies of Brazilian modern movements, some of its artists and their links to the country’s popular realities. 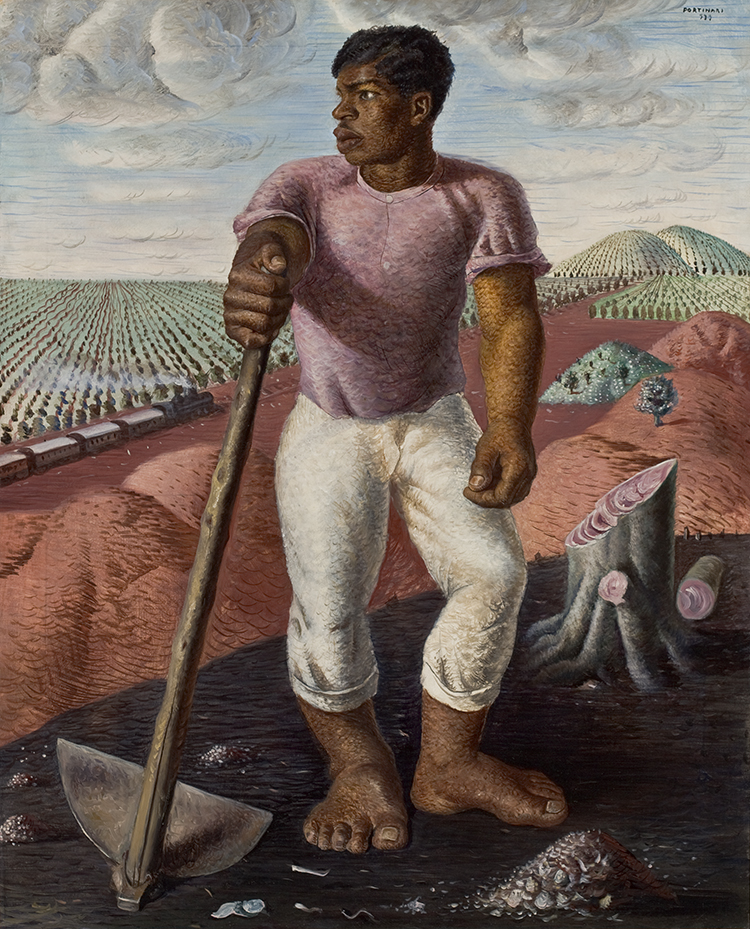 The exhibition is installed at MASP’s internal underground salon, which was planned by architect Lina Bo Bardi as an internal public square with entire glass facades opening up to an overview of the surrounding city. Upon arrival, we may observe the show from the top, noticing a grid-like wooden display that defines an area for each work. This porous spatial organization can be read both as an encapsulation of space-time, as well as a materialized but non-linear timeline in which spectators may freely navigate. It’s important to note that this spatial display is based on a previous project by Bo Bardi, executed in 1970 for the show “Cem Obras Primas de Portinari,” and it has also a strong relationship to the glass easels used by her in the MASP’s display of its permanent collection. Besides this connection, the show does not have the same monumental drive of the 1970s one, but still presents iconic works such as “O Lavrador de Café” and “Mestiço” (both from 1934) and “Retirantes” (1944).

A prolific artist, Portinari painted anything from small sketches to monumental creations, more than 5,000 works in all. An influential practitioner of neorealism in Latin America, he demonstrated a strong predisposition to combine pictorial talent with social representation, being inspired by the European Modern avant-garde as well as by Mexican muralists. Portinari also demonstrated a strong political consciousness, which was materialized by the representation of a large array of Brazilian realities: from the natural beauties of the country as in “Flora e Fauna Brasileiras” (1934) to the harsh and impoverished lives of the country’s most marginalized populations located in the countryside or even in the favelas (agricultural farmers, families of migrants, washerwomen, among other types). In his paintings, such characters are portrayed sometimes playing games and having fun and at other times in the worst and hardest social conditions, in pain or even death, such as in “Criança Morta” (1944). These popular characters incarnate both the joys and struggles of local life in Brazil.

Portinari’s social awareness and engagement in the political life of Brazil were manifested by his joining the Communist Party in 1945, standing for deputy and later for senator in 1947. In the same year, due to the persecution of communists by the government of the militaristic President Eurico G. Dutra, he had to flee in exile, only returning Brazil in 1951, after a declaration of general amnesty from the government and when the first São Paulo Biennial dedicated a special room to him. He once stated: “I decided to paint the Brazilian reality, naked and crude, as it is” which makes his work a sort of symbol of Brazil at a time when there was a strong effort to define both its national identity and socio-economic (as well as ideological) matrixes.

Nevertheless, even if social and political themes are central in his work, Portinari’s oeuvre became associated with and attached to the power spheres of national politics, figuring in many official buildings and events. International recognition came with national success: in 1939, he exposed at the Brazilian Pavilion on the New York World’s Fair, having in the same year a canvas exhibited at MOMA New York. Later on he produced large panels entitled “Guerra e Paz,” which were donated to the UN Headquarters in 1956 (in the same way that the UN had a tapestry copy of “Guernica,” from Picasso).

Due to Portinari’s close connection to politics and national themes, it was natural that his work became part of the construction of national mythologies. Figurative but also progressive, his work was capturing the contradictions of a rural country in a fast pace of modernization. The show at MASP reinforces Portinari’s role as one of the most important social chroniclers in Brazilian visual arts. He himself was a son of Italian immigrants who came to work in the coffee plantations of Brazil in the end of the nineteenth century. Much of his commitment to portray reality comes from firsthand experiences. In this regard, the show’s curatorial scope points out that one important aspect of Portinari’s popularity today may rely on the idea that it would deepen reflections and help deal with the still precarious and prejudicial forms of representation of African, Indian and popular cultural subjects in media, politics and even art. While this may be true—Portinari’s strategies indeed anticipated a certain relevance and urgency towards social and political awareness—we cannot expect that the European standards of visual representation could do justice to so many diverse cultural roots. Representation is not enough to rethink and criticize the oppressions we (still) see in terms of racial disparities, human rights, economic status and so on. In this sense, it’s important in considering Portinari’s oeuvre to also notice the limits of art as an isolated representational tool, and its cultural weakness when being instrumentalized for power discoursers that aim to establish a regime of representation that creates an idealized reality, without verifying its real conditions. This idealization of reality is then a contradictory virtue, and maybe a trap. Brazilian soap operas and their flat representations of local life and struggles are an extreme and contemporary example of this phenomena. 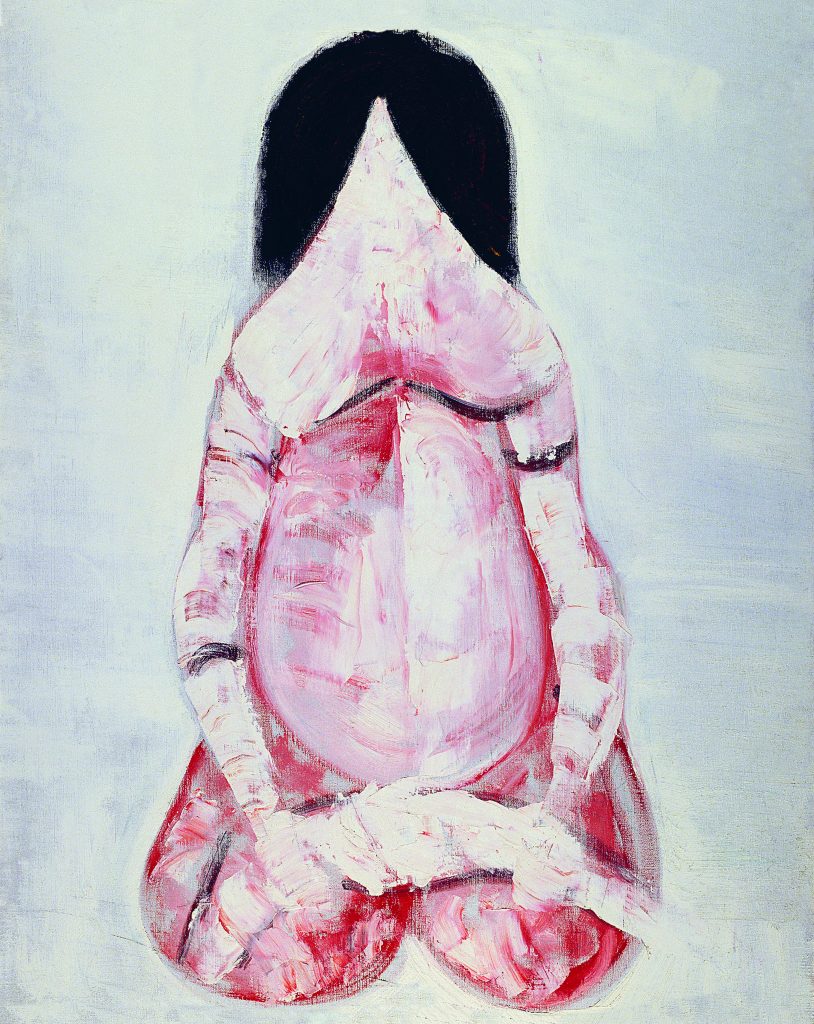 Even considering representation as a conflicted field, two works could be framed in prominence: “Bailarina Carajá” (1958) and “Carajá” (1962). The first is a portrait of an Amerindian female figure from the Carajás tribe in a dancing context, with an animal-like head, painted in a quasi cubist, anthropomorphic and fantastic style. It would be very difficult for the casual viewer to decipher that this painting makes reference to the Amerindian universe of the Carajás as it is also difficult to identify a clear social critique or commentary in it, in the sense that it portrays a figure in a joyful moment. The second work is an unfinished painting, much stronger in terms of what we can acknowledge: it seems an amorphous form resembling a piece of meat, standing alone and hanging or floating in space. The white and rose tones evoke bare flesh and a body without a face. Interestingly, both paintings (side by side in the exhibition  display) are addressing Carajás ethnicity, in a time when they were being considered maybe as a model of alterity, having their architecture evaluated as a vernacular tradition to be looked at and their utilitarian abstract works compared to avant-garde movements: a Picasso with loin-cloth as mentioned in the pages of the modern magazine Habitat, run by Pietro Maria and Lina Bo Bardi thus linked directly to the museum.  Although this may be partially true, the fact is that the Carajás—as so many other Amerindian ethnicities—are related to other obscure episodes where violence and progress overlaps: as in the “JK Hotel” commissioned by former president Juscelino Kubitschek in the fifties at Ilha do Bananal (the largest genuinely fluvial island in the world); in the many issues caused by the monumental mining exploitation of an area of 900,000 square kilometers called Complexo dos Carajás in the Amazon (which is responsible by the huge increase of mining activity and profits of Vale do Rio Doce, the former state company now privatized and implicated in the Mariana disaster, the worst environmental catastrophe in Latin America). And in a more extreme scenario, we may remember of 1980s Massacre of Eldorado dos Carajás where, in a dusty small road, police forces assassinated a dozen famers and their families who were protesting unfulfilled land and agrarian reform. Those paintings somehow invite us to think about them, and evoke (or predict) the contradictory sides of representation.

It is always a huge challenge to represent misery and suffering, as there is the high risk that the same representation may be misused to mask other policies that would contradict it or even generate fetishized material and cultural products. Nevertheless, representation and agency collide in Portinari’s work and life. His specific social preoccupation and artistic relevance translates, somehow, the contradictions of life—and its regime of power and of representation—in a Brazil of almost seventy years ago that still persists today. The show makes one wonder, how (and even if) artists are addressing the sociocultural and political reality of contemporary Brazil, and also puts into question the very agency of art and its role in our societies. After all the curatorial qualities and importance of this historical show, maybe one of its biggest contributions lies in not what it shows, but in what it conceals: the limits to represent that what is hidden, the hard echoes of what is being lived and not represented today.

The new artistic direction of MASP is remarkable in revisiting the history of the museum through reenacting key historical shows that helped define Brazilian modern art. Nevertheless, this effort is starting to show a degree of exhaustion and we wonder about the next steps, if together with the great reenactments of the key historic shows, the museum will be able also to restore its importance as a site for contemporary experiments, debate and radical innovations.