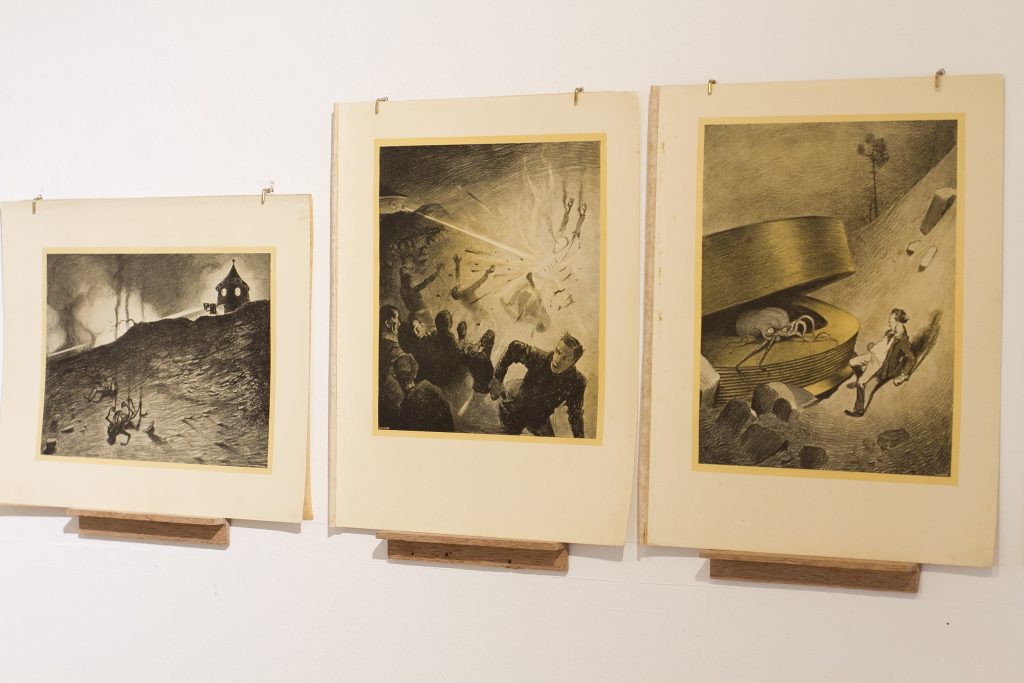 In 1977, two rockets were launched into space with, as part of their cargo, artifacts representing the “best” of twentieth-century humanity for those theoretical life forms outside the planet who might want to know something about us. Today, the ships of the Voyager mission, carrying the iconic Golden Records compiled by a team led by astronomer Carl Sagan, are so far away that they have already left the solar system. And their time capsule, now considered retrospectively, represents just a remnant of what we thought was best about humanity in that specific time.

To synthesize the human experience, in all its complexity, seems more impossible than ever. The work “Micro cosmic Pandora’s box,” which brings together trivial objects (including shoes, magazines, postcards and pens) collected by the artist David Medalla (Manila, Philippines, 1942), raises a similar question: What separates the superior from the inferior, the good from the bad? More importantly: Is there space in the future for non-binary thinking, for something in between? 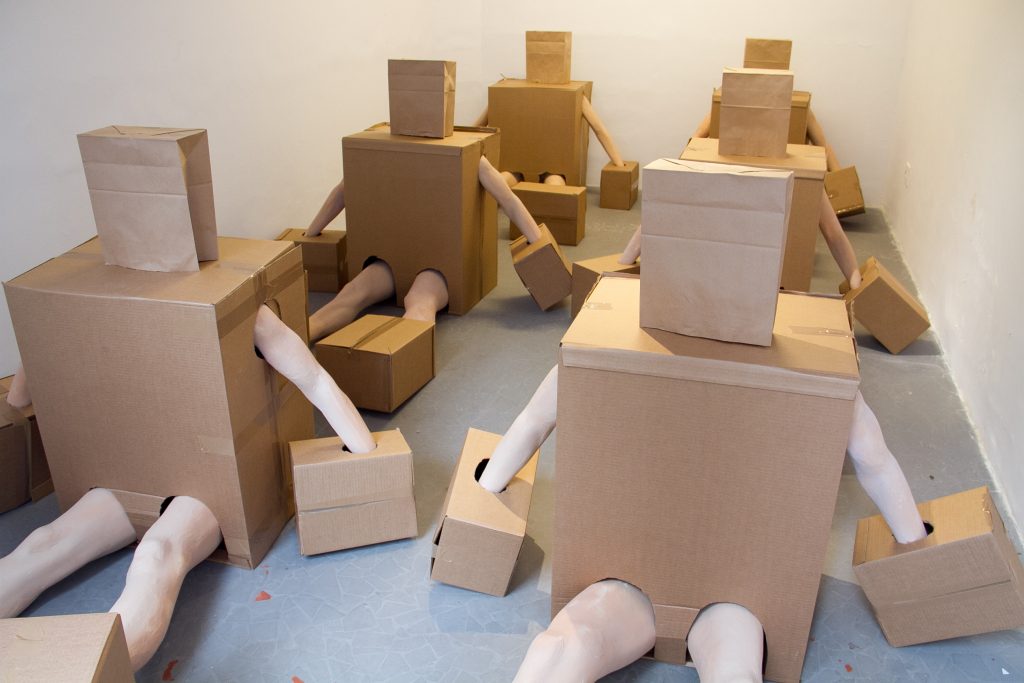 Olaf Breuning, “Can Someone tell us why we are here?” 2010/Photo: Carolina Krieger

Curated by Jane de Almeida, the group show “Ulla Ulla Ulla Ulla! Marcianos, Intergalácticos e Humanos” (Martians, Intergalactic and Human) relies on the novel “War of the Worlds” (1906) by British writer H.G. Wells to reflect on fiction, politics and the idea of utopias. And for such, it uses as a starting point thirty-eight illustrations—including prints, pencil-and-ink and oil on canvas—created by the Brazilian artist Henrique Alvim Corrêa (1876-1910) for a special edition of the book. Works by Brazilian Fernando Duval, the Angolan Kiluanji Kia Henda and Swiss Olaf Breuning round out the show.

Ulla Ulla is the sound made by the deadly Martian ships in H. G. Wells’ novel. By taking ownership of this for the title of the show, the curator reverses it into a human call for works that further this investigation, from this or other worlds, turning the Casa Nova Gallery into a temporary fictional airfield for those who want to “land,” with the best or worst of intentions. 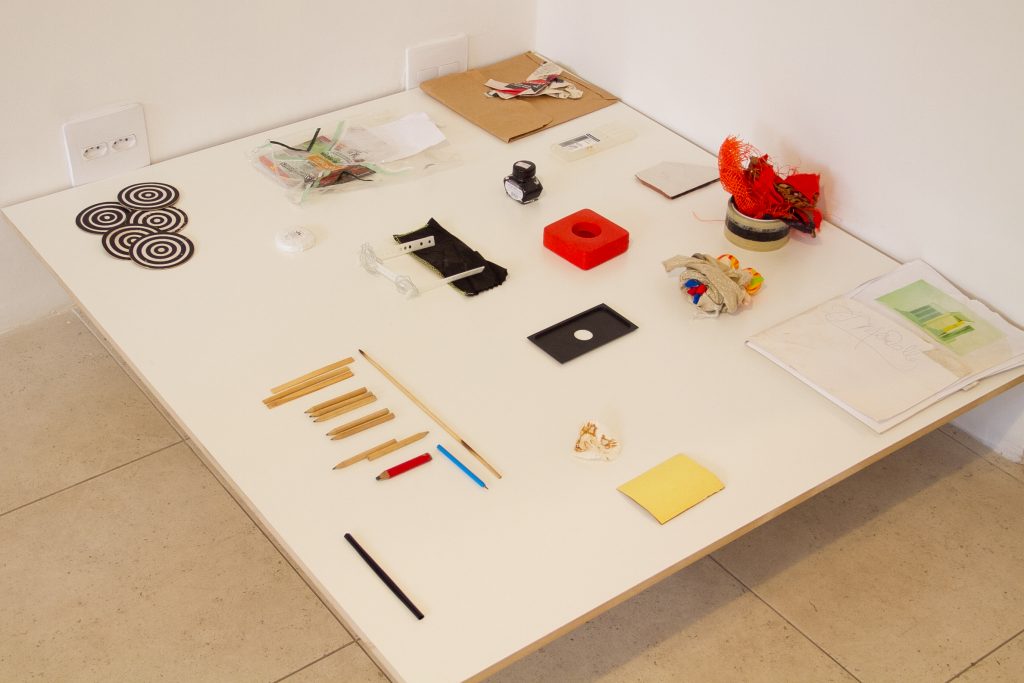 Another perspective of the show would also draw our attention to the invisible lines drawn by political and ideological separatists and their presence in human history. An example of this is the work “Good guys and bad guys” 2016, a series of ten serigraphs, with images of alien characters, by artist Kiluanji Kia Henda, whose title was borrowed from one of the episodes of the documentary “Cold War” (CNN, 1999). The documentary, as well as the work, examines the impact of that war on African nations.

On October 30, 1938, the American CBS radio network interrupted programming to announce an alien invasion. In fact, though, it was only the announcement for the dramatic series “The Mercury Theatre on the Air,” directed and narrated by Orson Wells, whose seventeenth chapter featured the story of “War of the Worlds.” However, more than a million people believed the “news,” causing widespread panic and chaos in three towns.

This incident seems to connect to the message of this show, that good-naturedly offers a metaphor about the feeling of an imminent threat that seems to surround us, no matter where we are in the world, or who we are aligned with. While the Golden Records roam the universe in search of another being to show what we once considered the best of humanity, here we are, waging our own war of the worlds. 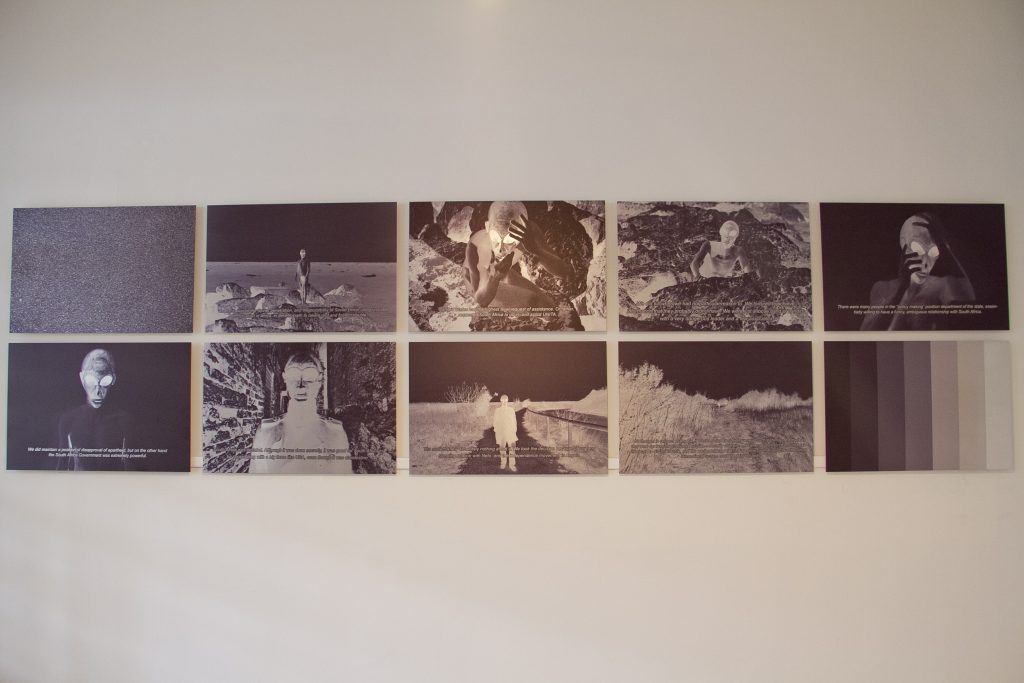