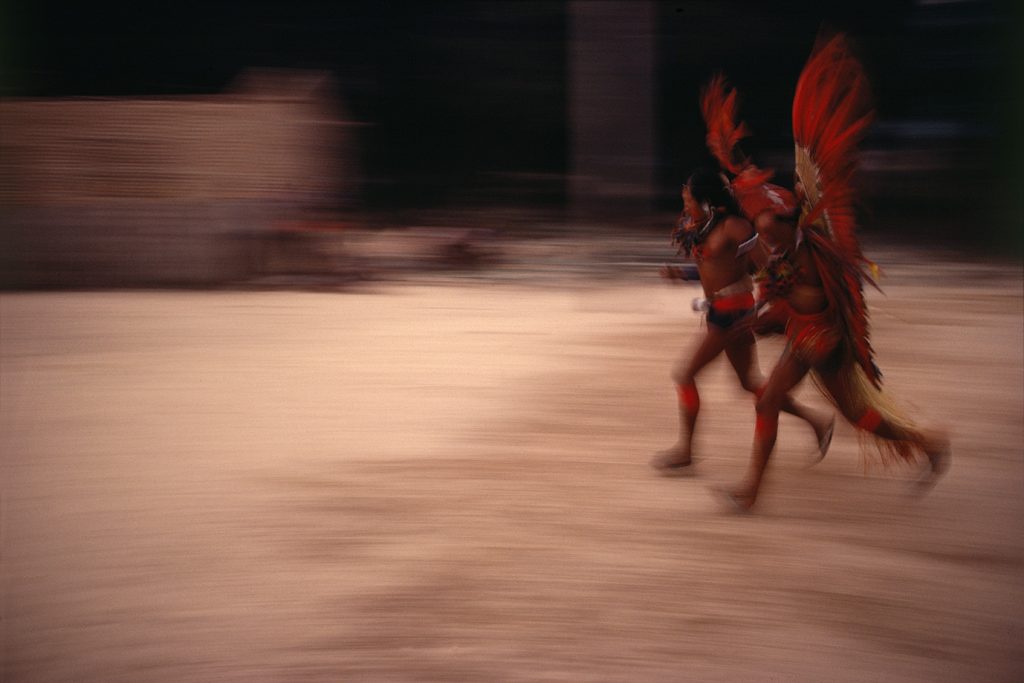 Clay has taken on many meanings throughout human history: as a substance that carries with it all the other elements (air, earth, fire and water), as an icon for human nature and, of course, as a symbol for the origin of life. “It’s also something you can throw in someone’s face,” jokes Miguel Rio Branco. “Barro” (Clay) is the title of the new exhibition of  work by the prominent painter, photographer and film director born in 1946 in the Canary Islands, Spain and radicalized in Brazil.

Internationally recognized for his visceral and seductive images, the artist presents more than a hundred photographs made in the last thirty years from his extensive body of work. Exposed individually, sometimes in diptychs, triptychs and polyptychs and framed in a more traditional way—without the multimedia features present in his recent exhibitions—the show depicts the everyday scenes of the Kayapó Indians of Gorotire village and miners of Serra Pelada, both located in the state of Pará, where he visited between 1983 and 1992. In addition to the photographs, a fourteen-minute video “Sob as estrelas, as cinzas” (Under the stars, the ashes), brings images from the exhibition into dialogue with other images in the video made by Isidora Gagic and Olny Cunha, set to the music of Claude Debussy and Nick Cave, as well as sounds picked up in that village among others. 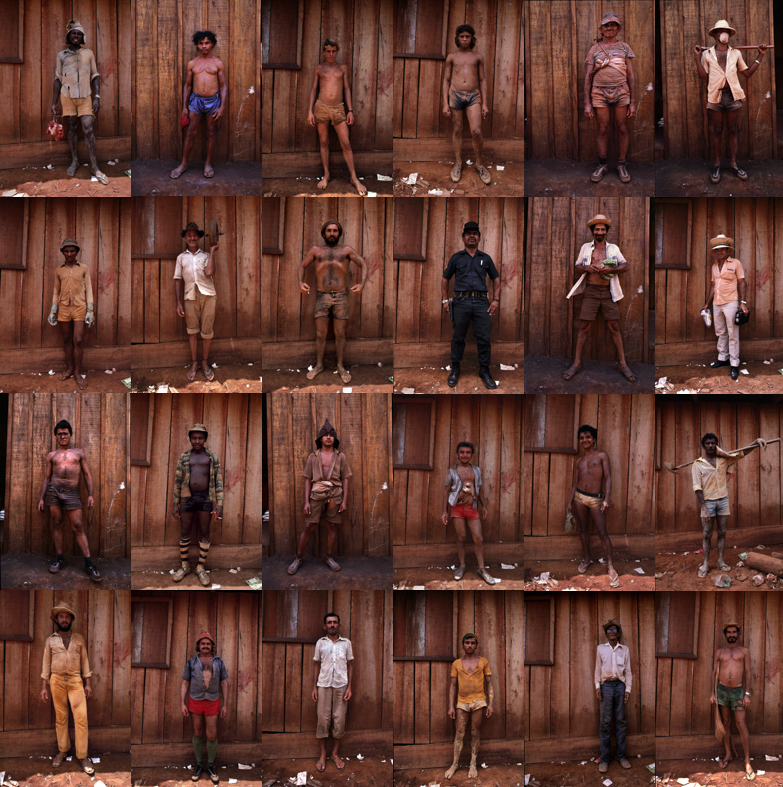 Son of a Brazilian diplomat, great grandson of the Baron of Rio Branco and great great grandson of Rio Branco Viscount, the artist has, besides blue blood, a strong curriculum that includes more than fifteen published books, the direction of fourteen short films, director of photography credit on eight long films and a consistent photographic and multimedia body of work that has exhibited in major institutions around the world such as the Centre Georges Pompidou (Paris); the Bienal de São Paulo, the Stedelijk Museum (Amsterdam), Aperture Foundation (New York), MASP (São Paulo) and many others. He also was a correspondent of the prestigious Magnum Agency, between 1978 and 1982, where he began to be recognized for his trademark color saturation.

“Barro” is also the name of an imposing polyptych consisted of eighteen images that the visitor is confronted with upon entering the seven-meters-high-ceiling first room, in the annex of Galeria Millan. First presented at the Maison Européenne de la Photographie in Paris in 2005, it is now displayed in Brazil for the first time. The ensemble of photographs casts reflections on the various forms of “molding” in the images to build endless narratives. This constant construction of new imagistic meanings is also another feature of Rio Branco works. “The image to me is neither an arrival or a starting point. Making movies gave me the basis that there’s no beginning, middle and ending,” Rio Branco says. “There are ideas that are being constructed, assembled and retold in different ways and forms.” 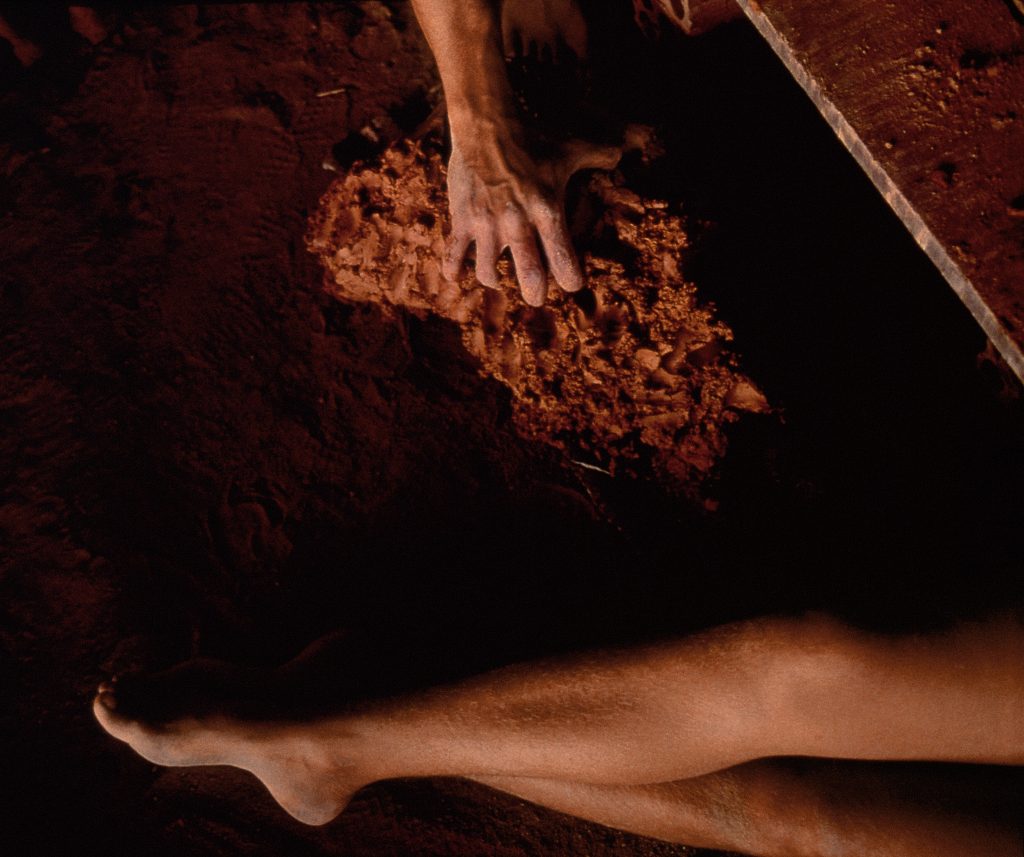 Images of miners, Baroque elements, animals and devastated landscapes spread throughout the gallery. The palette is familiar: ocher tones whose shades range from light brown to blood, brushed by blues and dense blacks to form a living mass of images that seem to pulsate in the eyes—decreasing, for a moment, the waves of thoughts and inviting the body to penetrate this visual rhythm.

For this restless artist, his photographs act more in the field of carnal experience than as mimicry of life and also dispense the “bulls,” as he refers to bulky texts commonly found in museums and biennials. “When you hear a song, you don’t need instructions to enjoy it. My intention is to move people. I hope that my work thrills them somehow.” This statement takes up the idea, advocated by the American writer Susan Sontag in her book “Against Interpretation,” that we must break with the tendency of the mind to develop codes and concepts to account for the artistic experience because it ends up poisoning our sensibilities. 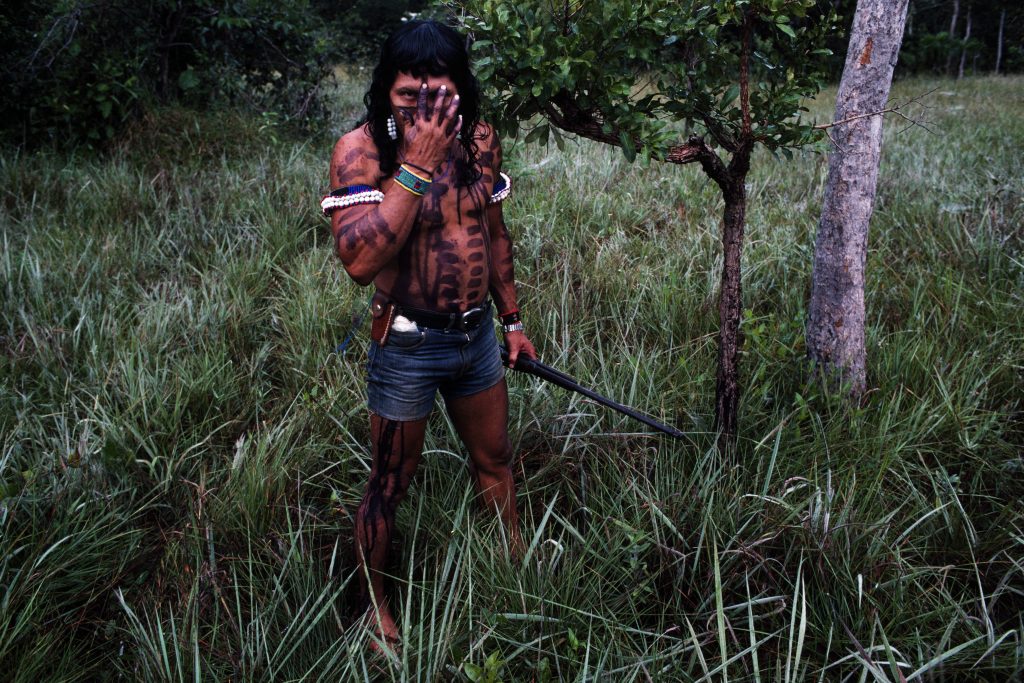 The show also evokes the ancestral values of community. To Rio Branco, the city represents the abandonment of these values, of human supremacy over nature and with it the loss of natural learning that ancient people worshiped from it. That seems to be one of the reasons the artist withdrew from the city eight years ago to live in a house in Araras, the mountainous region of Rio de Janeiro, where he granted me an interview by Skype, as he was surrounded by trees and sounds of birds.

Is there any lyricism in human brutality? “There is an inherent violence to all of us. The problem of violence is when it becomes perversity. And in the city this perversity is potentiated,” he says. “When I was in Gorotire village in 1983, it was a time when the Indians were defending their land against invasions. Of course there was a strain. But the difference is the way they deal, this infighting. In the city there is an unequal and coward brutality to use weapons like the assault rifle, machine gun, etc.” 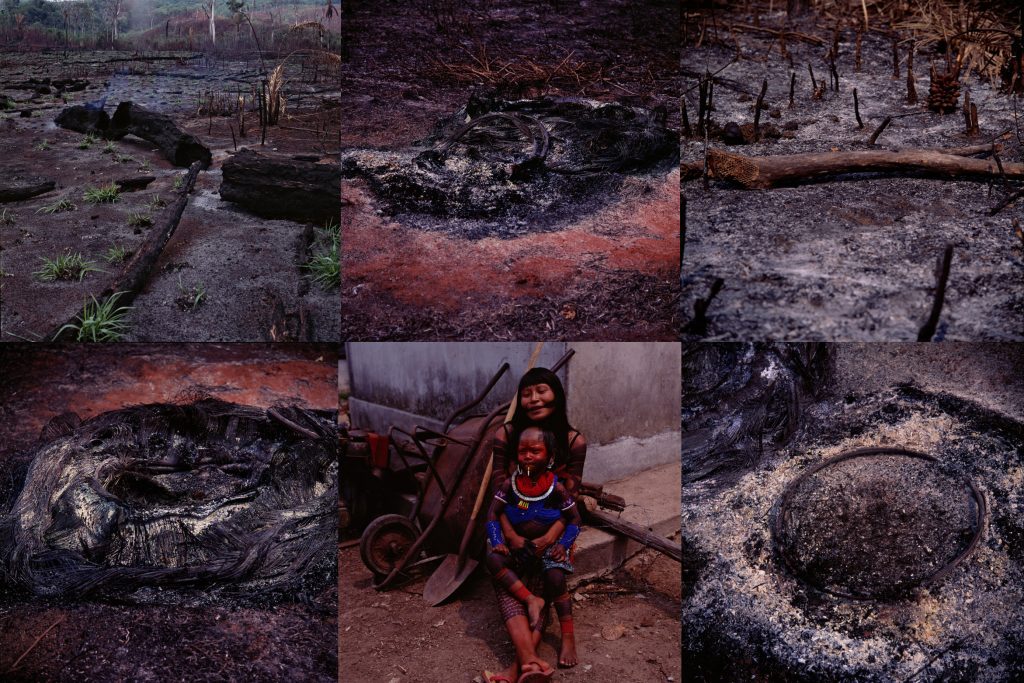 In 1992, he returned to the village to record the changes since his visit in 1983. It was in the latter that he produced the images of “Sobrevivendo às cinzas” (Surviving the ashes) that portrays an Indian with her son in her lap surrounded by images of burned forests. These were the only he could do. “I was invited by the two leaders of the village with whom I nurtured a good relationship. When I got there one had gone to Paraguay for shopping and the son of the other arrived drunk, charging us a hundred-thousand US dollars to make a picture. I left at the same moment.”

This human paradox seems inevitable. Miguel Rio Branco photography, as well as clay, meets brutality and fertility, which shapes new forms to involve these contrasting human facets as inseparable parts of the same matter. To get your hands dirty in the clay is to know yourself and understand your own metamorphoses. “There is no purity of elements in my work. I mix. It’s all a big kitchen,” Rio Branco says. “The question is knowing how to gather these elements to build a body, a sense.”