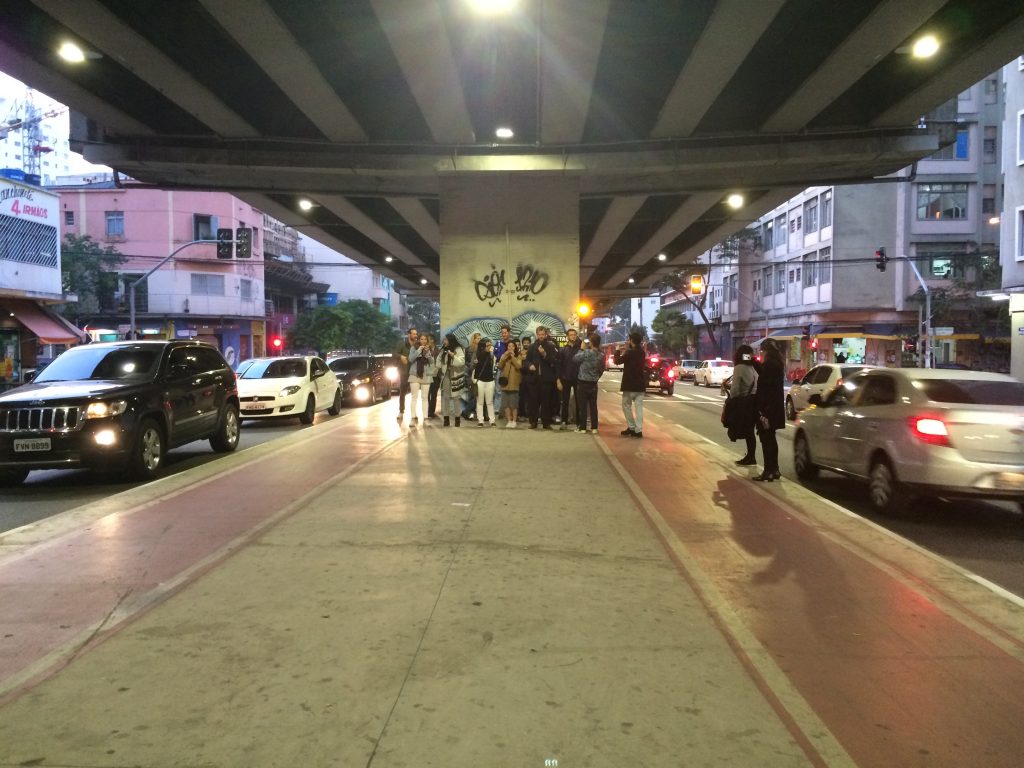 To make brief use of urban spaces for contemporary art practices was the idea behind the project “Terra Falsa” (False Land), a one-day exhibition that took place on June 25 in a downtown parking lot.

Curated by Fernando Ticoulat from Coletor, which calls itself an “itinerant field for contemporary cultural activities and art practices,” according to the description on their Facebook page, this is a project that hosted works of art that move between different techniques and languages, most made specifically for the event. Artists created structures and situations investigating notions of current life in Brazil and some of the possible signs that lie beneath conventional wisdom.

Amidst the Brazilian political and economical crisis, Terra Falsa questions what is, in fact, real, given the failure of our system? What is the role of contemporary art in this situation? As Ticoulat wrote, “How can we recover from the shards that remain and see a future that is not darkness?”

With keen critical spirit, the artists approached social and political themes with humor, irony and vitality. For example, the work of Carlos Monroy points to the complicated contemporary political scenery of Brazil. In his performance, Carlos climbed a ladder with an egg (painted blue with white stars, like the Brazilian flag) on a spoon in his mouth and stood there until the egg fell and cracked on the floor, while people simultaneously signed up for an egg race. The rules suggested that one should pick an egg, write a message in the same structure as what is written in our national flag, “Ordem e Progresso” (Order and Progress), it could be “justice and carnival” for example, keep the egg as well as the message and “take care” of both until the race started. 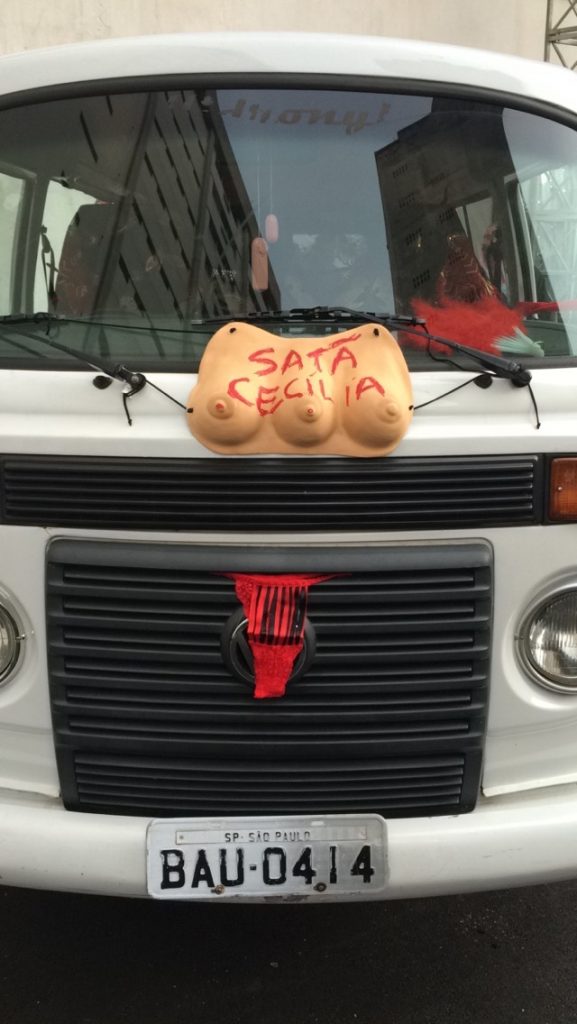 Is nature real? Can it be created? Associação Massa Falida (Pablo Vieira and Silvio de Camillis Borges) and Sol Casal combined engineering and design to make fire from a structure of bricks, wood, charcoal and pigskin. This fire was fed with different herbs and plants in order to create a natural fume. 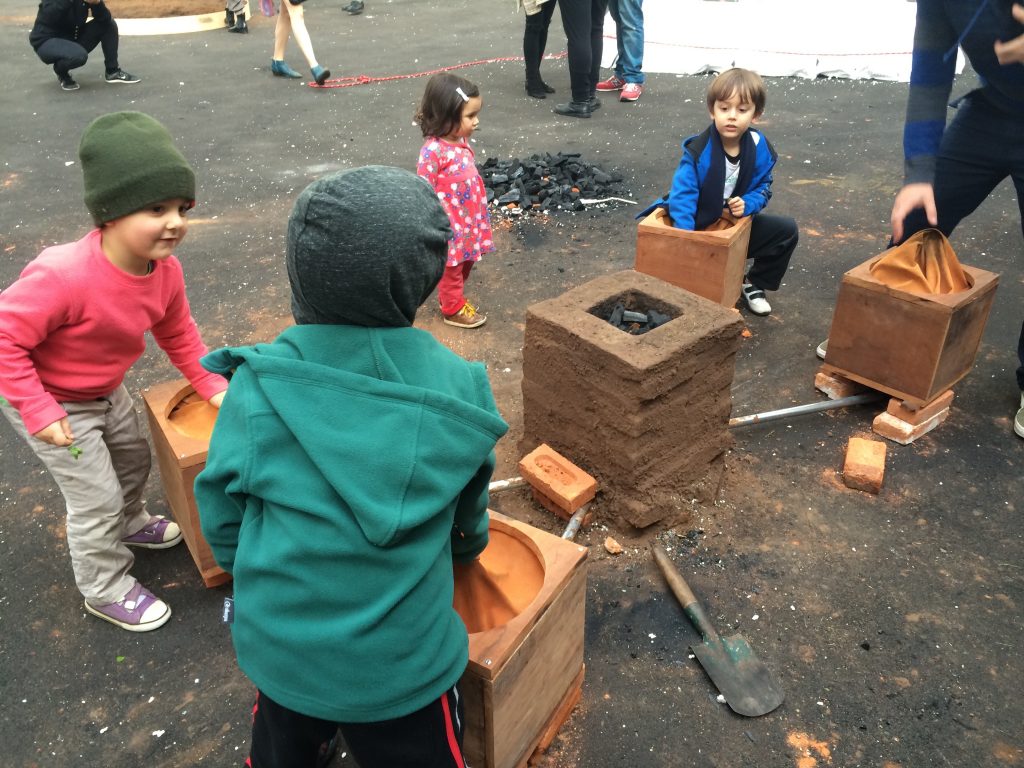 The exhibited works at Terra Falsa  were less to be contemplated than interpreted—configuring, in this sense, an exhibition space as true micro-political forcefield.