Galeria Central is hosting the first solo show in Sao Paulo from the artist Rodrigo Martins, the latest winner of the Energias na Arte award, granted by the Instituto Tomie Ohtake in partnership with Energias de Portugal (EDP). Conceived to stimulate contemporary artistic production, the award is aimed at young artists. Besides the award, the project includes a series of activities throughout the year, such as courses, lectures and workshops in regions of Brazil where access to contemporary art is more restricted.

Rodrigo Martins was born in Rio de Janeiro in 1988 and works primarily in painting and sculpture. The works selected for this show mostly revolve around the presence of the human body in oil on canvas, as well as sculptural investigations in materials such as bronze and plaster.

What really commands attention is the charge of the materials composing the craft-making of the sculptures and paintings. The paintings are made with dense brushwork, almost suggesting a three-dimensionality to the viewer. Interestingly, the works in this exhibition came from research that, according to Martins, went wrong. Two years ago, he began to try replicating public monuments of painters like Lasar Segall, Victor Meirelles and Pedro Americo. From this idea, he decided to make his own plaster bust when, days later, a cricket got into the studio and ended up in the plaster. So, both the cricket and the unpredictability that it adds to the work gave him an impulse to see the oil paint react to this problem. Martins’ works do not belong to any particular movement in contemporary art—the only guiding element, according to the artist, is curiosity. 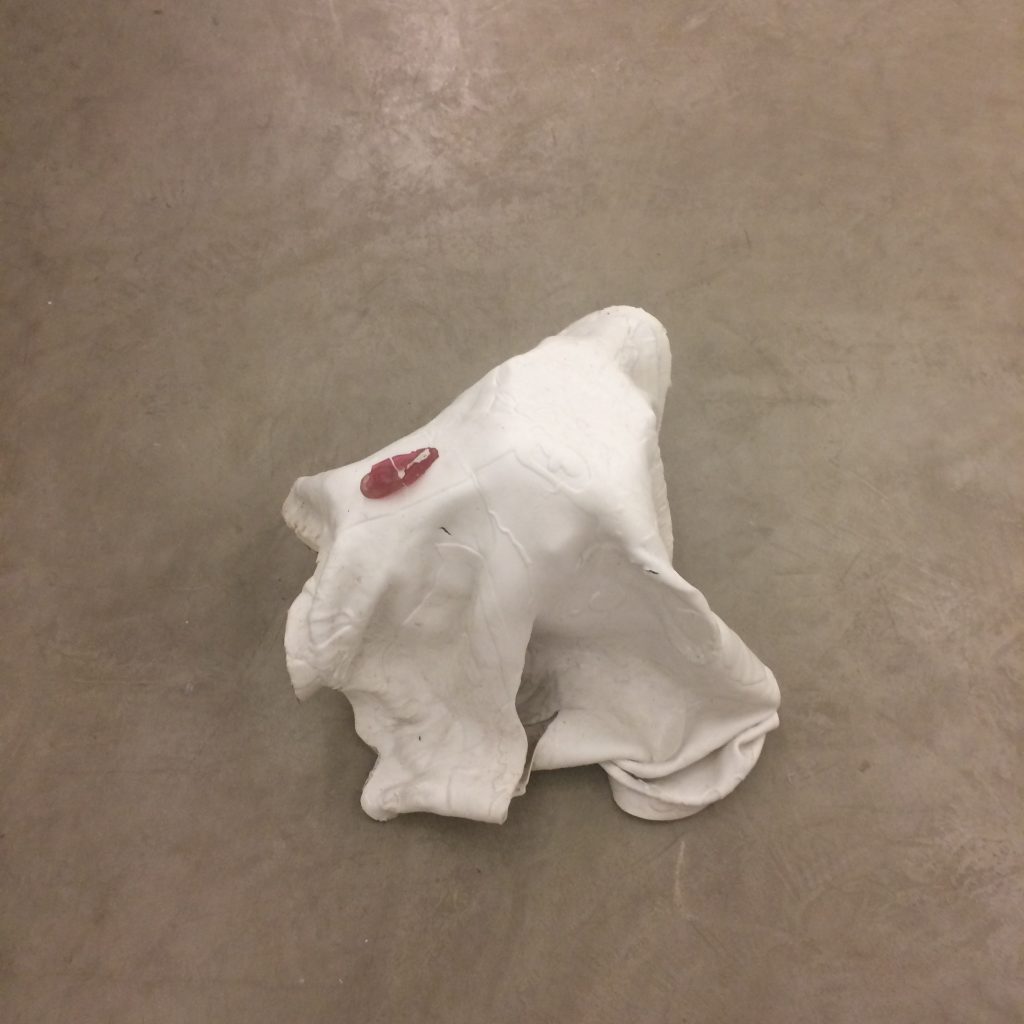 The sculptural objects take their finished imperfections through broken, twisted surfaces and place the human anatomy next to objects that seem to be strange bodies. Some are presented lying on the floor of the gallery, so the viewer  is greeted by a mysterious composition upon entrance. Every work seems connected, as if all part of the same story.

The colors are low in saturation, varying from really deep browns and grays to light purples, all soft shades worked through heavy strokes.

The anatomy explored by the artist moves away from the search for a reliable imitation of a human figure in pursuit of a much more fragmented character and twisted human forms, bringing suspense and strangeness throughout. 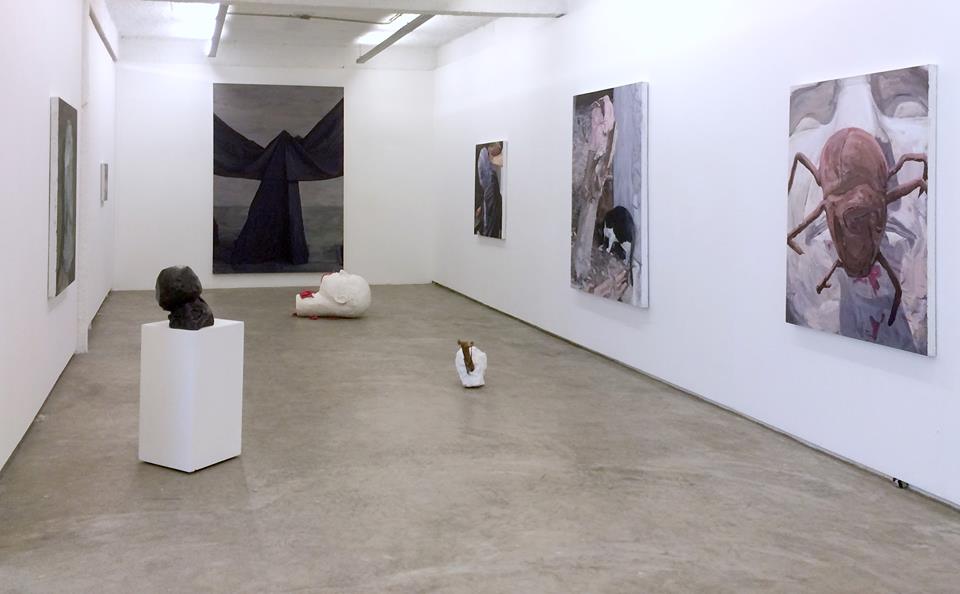