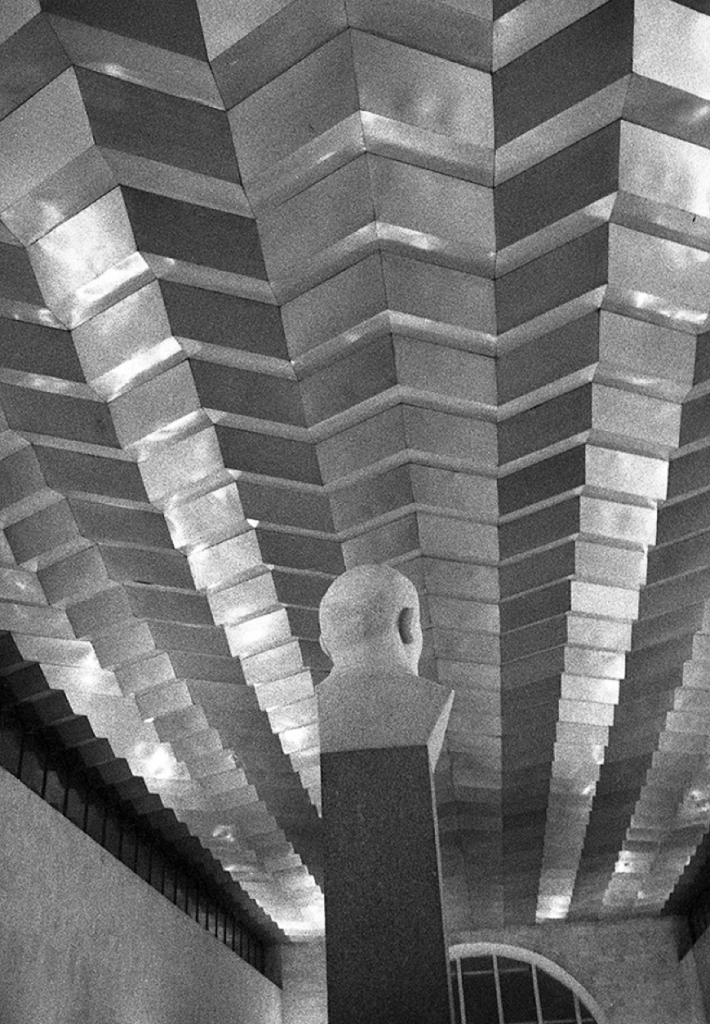 The individual sees the world according to the values in which he or she lives, concluded the nineteenth-century Danish philosopher Soren Kierkegaard. Furthering this reasoning, this same individual not only sees but also projects desires and dreams into their reality. A great metropolis seems to be the perfect translation of this concept to reveal, through its monuments, its architecture and urbanism, traces of past ideologies and their influence on the present moment.

Mauro Restiffe’s exhibition “Russia” presents fourteen photo works—including diptychs, triptychs and polyptychs—produced with black-and-white analog film that highlight the architectural, political and historical aspects of Moscow and St. Petersburg. The investigative series made by the artist, born in São José do Rio Pardo in 1970, portrays those cities in two different times, 1990 and 2015, proposing a game between past and future, a reflection on the passage of time, on the ideological currents that guide the construction of spaces and the continuous transformation of the ways in which we understand urban spaces. 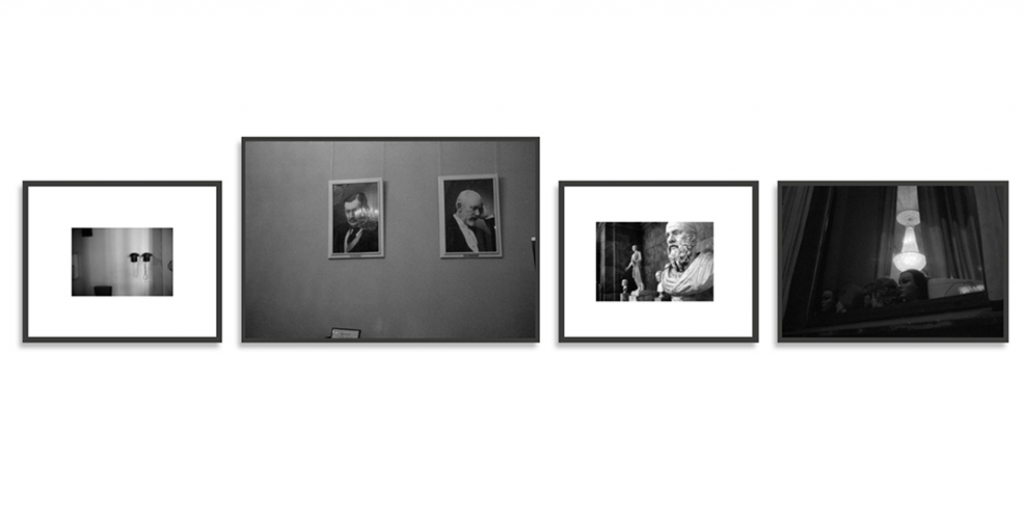 Restiffe’s distancing perspective, which marks his artistic career, is almost abandoned in “Russia,” except for some works like “Brutal Mirror” (2015) and “Time Structures.” This abandonment gives rise to a tight cropping of images, but no less cold and melancholic, of historical monuments, like the sculpture of Lenin portrayed from the back, and private spaces such as museums and residences following the example of “Corner Theatre” (1995/2015), “Girl at the Window” (2015), “Chandeliers” (1995) and “Secret Patterns” (1995/2015).

We can take from the Brazilian philosopher Vladimir Safatle a further understanding of this exhibition, expanding on two concepts of Kierkegaard: temporality and monumentality. The first concerns the idea of temporal experience as a result of the perception of immutable forms. Moscow and St. Petersburg, as places where the artist was able to experience, at different times, something related to the Soviet Union (1922-1991), convey remnants of that time. Monumentality refers to the reorganization of the space as a promise. And here the architecture, both in its public and private dimensions, emerges as a representation of that promise.

By observing these remnants of the Soviet dream, we naturally think of the city of Brasilia, which also has passed through the lens of Restiffe. Brasilia emerged as a national model onto which was deposited the Modernist dream of Lucio Costa and Oscar Niemeyer under the endorsement of President Juscelino Kubitschek, having been known in the 1960s as the capital of hope. Both Modernism, as manifest in Brasilia, and the Soviet Union can be understood through the lens of unfulfilled promises: ideological dreams suspended indefinitely.