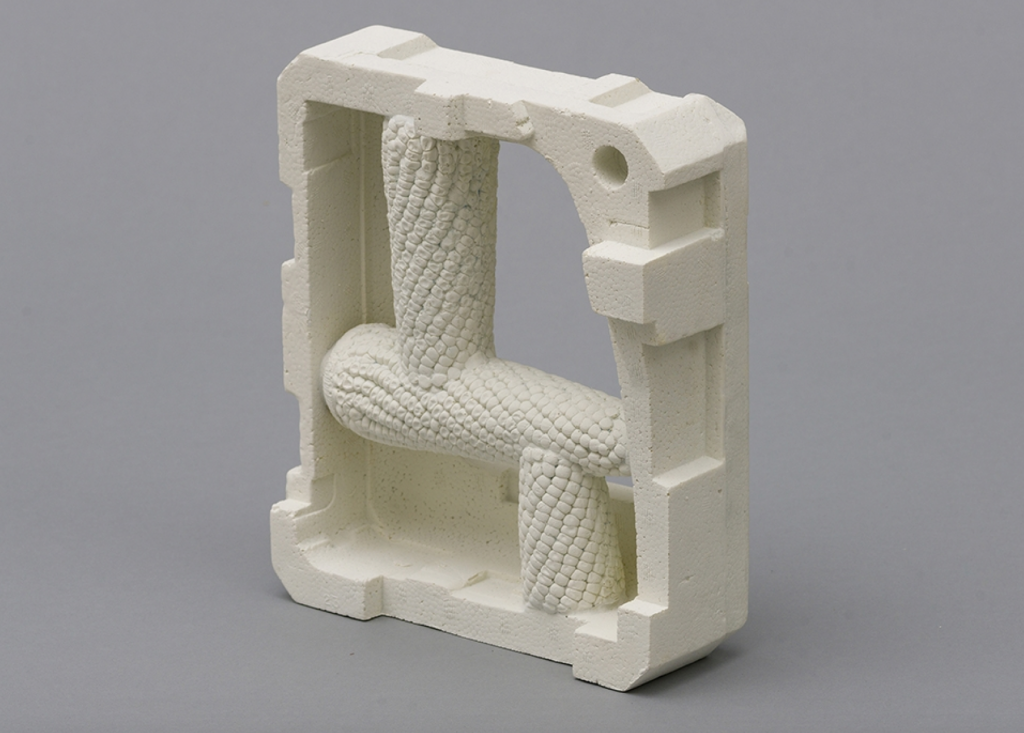 Ever since Marcel Duchamp created the iconic work “Fountain” in 1917—“creation” consisting of a standard inverted urinal—followed by the “assemblages,” a term coined by the French Jean Dubuffet in 1953, artists have been displacing objects found in everyday life (objet trouvé) from their mundane uses and assigning them new meanings in the exhibition spaces of galleries and museums. This sort of re-creation, made from popular and inexpensive elements, is the foundation of Barrão’s practice.

Over the past thirty years, Barrão—an artist born in Rio de Janeiro in 1959, where he still lives and works in his studio in the Santo Cristo neighborhood—has created sculptures from objects related to consumer culture, including crockery, toys and appliances, always preserving their colors and unique textures. In October 2015, he started a fresh twist in his research by presenting, in Casa França-Brasil, a series of all-white sculptures made of plaster and resin. Continuing this new phase, the solo exhibition “Paleotoca“ (Paleo-burrow) brings twenty new sculptures produced with that same material: “I’ve always worked with object appropriations. The plaster mold gave me the chance to continue this work, but now using copies,” the artist told the newspaper O Globo last year.

The exhibition’s title was borrowed from a paleontology term: “paleotoca” refers to the giant labyrinths excavated by extinct animals of past geological periods. From Barrão’s paleoburrows sprout bricks glued to a bottle of wine, reassembled books in a table format and toy tops connected to a rattle through a branch along with other associations scattered throughout the main hall of the shed-like gallery. All the elements are coupled to each other, some in a Rococo way, others more fluid, often evoking a dose of good humor that, according to the artist, is typical of the cariocas (natives of Rio de Janeiro). It’s impossible to observe his absurd clusters of objects and not crack a smile. 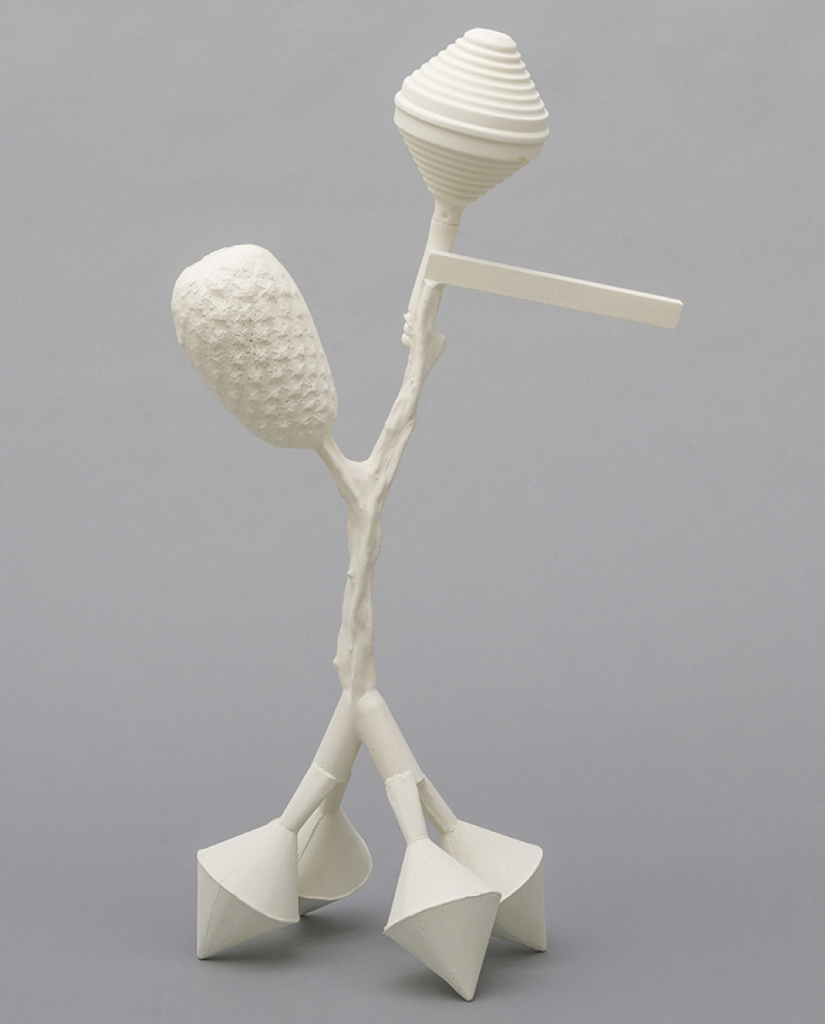 It’s worth drawing a parallel between this recent production of Barrão and the North American Daniel Arsham, known for white sculptures made of plaster, volcanic ash and other geological materials that comprise a fictional archaeological narrative. Both the Brazilian and the North American work with time displacement to restate familiar and banal objects with an aura of historical relic. This process leads us to examine the reality of functional items and discover more complex relationships we might have with these contemporary artifacts. And perhaps they might tell something about us to other generations in a distant future.