“Artistas Afrodescendentes no Acervo da Pinacoteca” is Tadeu Chiarelli’s first curatorship as Pinacoteca’s director, and the exhibition that celebrated, with its opening, the museum’s 110th anniversary. It was supposed to be a more ambitious endeavor, one that would depart from Pinacoteca’s collection, rather than be limited to it, to create a wide narrative about the production of African-Brazilian artists. Yet, when research started, the impossibility of the task became evident. There was no great narrative to tell. Other than their African ascendance, there was nothing that could connect all of these artists. Instead of orchestrating a fictional totality, Chiarelli embraced multiplicity. He kept to the museum’s collection, making sure to pay homage to its first African-Brazilian director —artist Emanoel Araújo (founder and current director of the Museu Afro-Brasil), who’s also broadly represented in the show—and organized the works as a rhizome. There are three territories in the exhibit: the Western, African, Contemporary Matrixes. Pertaining to one doesn’t exclude from any of the others.

The titles are quite self-explanatory. In the African Matrix, we find fours artists in whose works the influence of certain aesthetic African elements can be found. But the artistic output isn’t so plain as that; we are, after all, in a rhizome. In the works of Emmanuel Araújo and Rubem Valentim, the influence of Concretism is quite evident, as well as religious symbolism from African cultures and Catholicism. In the Western Matrix, pieces influenced by European and, later, North-American artistic canons, are presented with others that reinvented and adapted such canons to our own cultural idiosyncrasies. The highlight here is, without a doubt, Arthur Timótheo da Costa’s self-portrait from 1908, donated to Pinacoteca in 1956, becoming the first artwork by a black artist to integrate the museum’s collection, fifty-one years after its foundation. 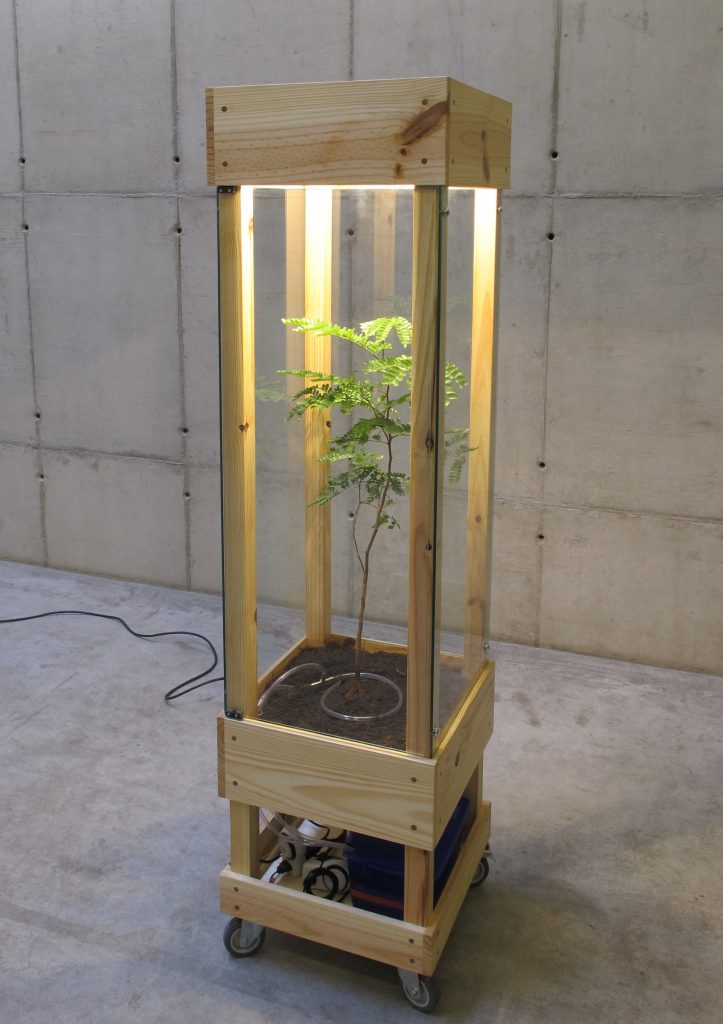 Finally, the Contemporary Matrix presents works by young African-Brazilian artists recently added to Pinacoteca’s collection. Except for Rommulo Viera Conceição’s installation, the pieces here are more openly and politically engaged with the artists’ African heritage. One of the only two women artists present in the show (Pinacoteca has some work to do in that area), Rosana Paulino’s “Parede da Memória,” a delicate installation composed of 1,500 pieces in fabric, like tiny handmade cushions each carrying a photo that seems to be from an old family photo album, is an example of artistic practice that balances strong political statements with solid aesthetics, avoiding easy solutions or ideologies. The same can be said about Jaime Lauriano’s “Nessa terra, em se plantando, tudo dá,” a greenhouse where a Pau Brasil tree grows in ideal conditions, to the point that, with time, it will either break the greenhouse or languish inside it, dying either way,

In their first “Plateau,” the French philosophers Deleuze and Guattari emphatically call the reader’s attention to the necessity of creating the multiple, as a production in which we constantly engage. And they also insist that multiplicity isn’t created by adding more layers to whichever set of elements we have, but by subtracting one—the unity—originating their famous formula, n-1. By presenting an “anti-history,” by rejecting a fabricated singular narrative, “Artistas Afrodescendentes no Acervo da Pinacoteca” opens space for true multiplicity. And the voices that could emerge from this n-1 situation, the voices of the works, are very much needed.