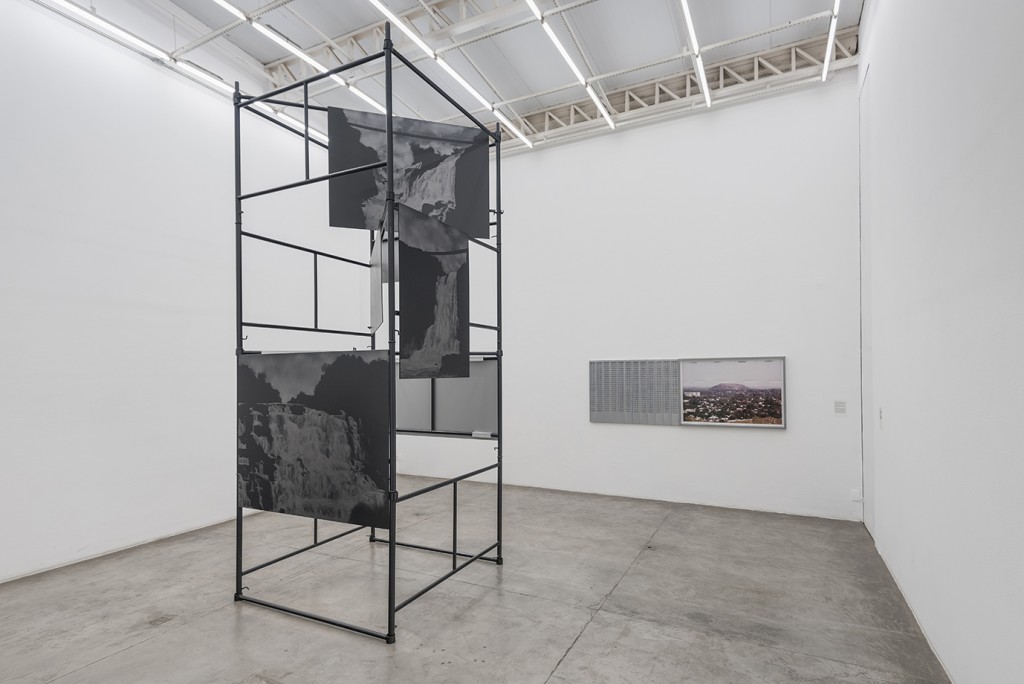 In the movie “2001: A Space Odyssey” (1968), Stanley Kubrick sums up the dawn of human progress in a scene that would become one of the most emblematic in cinema: an ancestor of man, after using a bone as a weapon, tosses it up in the air. The camera follows the bone in its ascent and, when it reaches its highest point, it suddenly transforms into a spaceship. This direct relation between a simple tool and advanced technology also sheds light upon Marcelo Moscheta’s (1976) first solo show at Vermelho Gallery.

Since the beginning of his career in the early 2000s, Moscheta has investigated geographic memories in a classification process using photography, drawings, installations and objects. In each subsequent exhibition, the artist gathers and structures more pieces in an attempt to fill in, through hypotheses mixed with the spontaneity of the artistic gesture, the complex gaps that perforate the human saga.

Continuing this research, the artist presents the show “Sete Quedas (Seven Falls),” whose title is borrowed from the five-meter-high installation that occupies the main gallery space, which includes seven drawings in graphite on PVC in reference to the Seven Falls of Guaíra—considered one of the most beautiful natural phenomena on the planet—which, in 1982, had its seven clusters of waterfalls inundated by the impoundment of the Itaipú Dam reservoir. 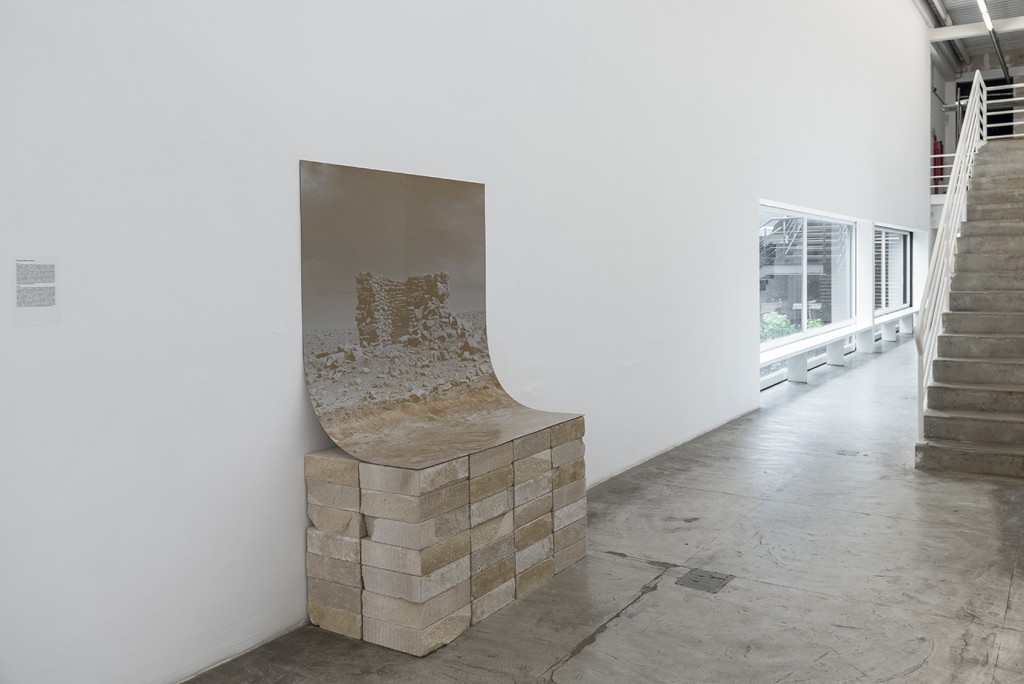 The exhibition is yet another precise attempt by the artist to understand the forces that shape “progress,” which determines and transforms territories, borders and land topographies. An example of this is “O Trabalho dos Dias (The Work of Days)” which shows a set of griddles next to a spoil tip—man-made “mountains” of waste from the mining industry—in the Ukraine.

In the series “Homo Faber,” the artist presents a set of forty graphite drawings on PVC with images of projectile points—considered to be the first tools used by humans—developed from research conducted by the artist in various public archives around the world. Moscheta is an artist-archaeologist who sees the evolutionary process as a kind of infinite puzzle to be reassembled from its traces.

It is intriguing to imagine everything that could have happened in the period between the chimpanzee and the Homo habilis, who created these first tools about 2.5 million years ago. If all beings and nature are inextricably linked, as suggested by the seventeenth-century Dutch philosopher Baruch Spinoza, then at what moment in history did the hominid begin to think about itself? And thus begin to analyze and believe in its supremacy over any and all otherness? Could this have been our first major fall? 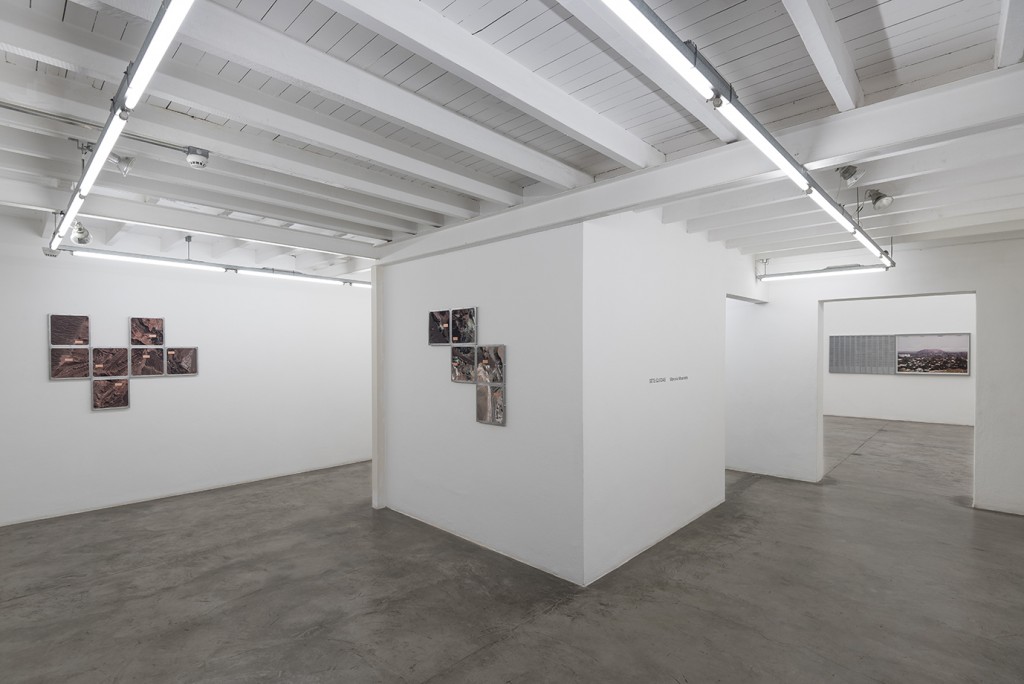