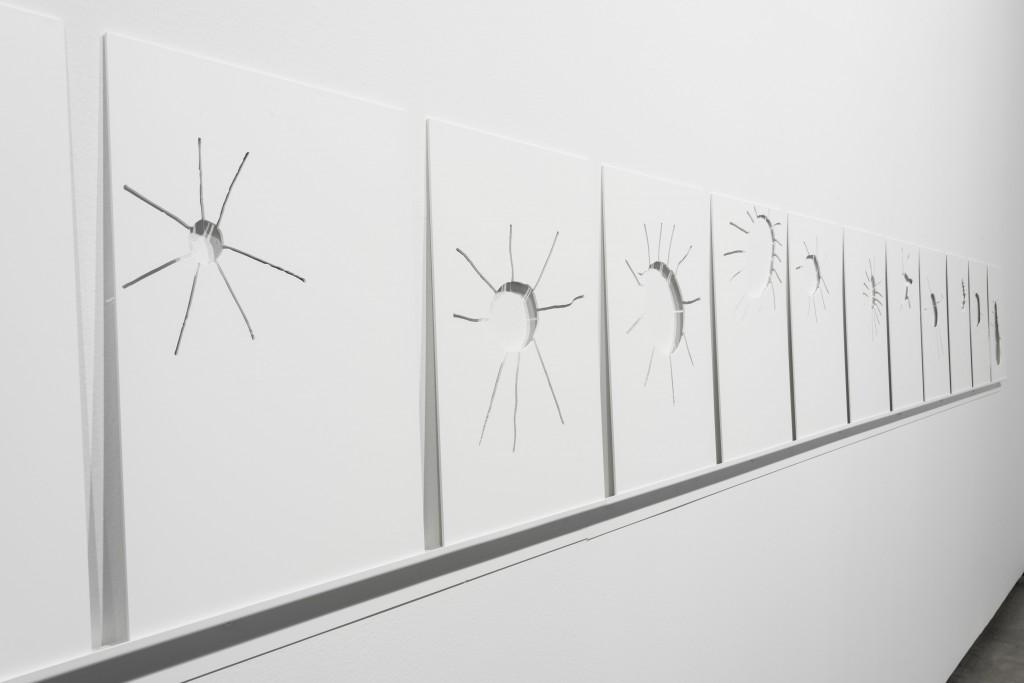 It is inevitable, when contemplating the concept of banality, to think about Pop Art. The movement that revolutionized the art scene in the 1950s and 1960s brought, above all, a great reflection on the explosion of commercialization, consumption and mass production in post-World War II society—an explosion that keeps detonating today.

Banality serves as the theme for the show “Da Banalidade (On Banality)” – Volume 1,” which is the first of four exhibitions on the topic that the Instituto Tomie Ohtake intends to present in the coming months. “The set can be understood as a book and its various chapters, intermittently arranged with different artists, approaches and readings,” explains Paulo Miyada, curator of the Institute. In this first chapter, participants Julia Kater, Ana Elisa Egreja and Cabelo discuss frivolity, futility, bad taste, foolish and ordinary.

In the beautiful, realistic still lifes of Ana Elisa Egreja, common objects like grocery items, market bags, flowers, food and ethnic rugs are mediated by a pictorial distortion that alludes to the optical effect of a vidro fantasia—a glass with print texture largely used in civil construction, furniture, decoration, etc. Those elements, by means of the artist’s gesture, seem to gain new meaning and feeling in classical arrangements of this painting genre.

Julia Kater presents fifty-four objects in white stainless-steel, each bearing a cutout shape from drawings made by seven-year-old children. “Desenhos livres sobre temas impostos” (free drawings on imposed themes) exposes the genesis of standardized symbols resulting from a Western education model that, over the past centuries, served to homogenize culture as well as the capitalist logic of consumerism.

Vibrant colors and trivial patterns such as camouflage, snake and fire dominate Cabelo’s series of fifteen serigraphs and two video installations. Above them, the artist explores the possibilities of drawing as writing, referring to calligraphy and the Chinese and Japanese ideograms creating a dialogue between Western popular and poor-taste aesthetics and Eastern ancient tradition.

To Andy Warhol, the preeminent Pop artist, art serves to create ways to return brightness and meaning to the common things around us. For these three young artists, such intention seems to materialize in a pyramid of three faces: the first, positive and cheerful represented by Egreja paintings; the second, melancholic and contemplative in the gesture of Kater and the third, ordinary and bad taste exemplified by Cabelo artworks.

The three artists come together, in the end, around the idea of banality mainly as repetition. As if, after looking repeatedly to the same object, there is nothing else to see, to think of or be thrilled about. They face this condition, each in his/her own way, to recover something of ordinary existence and to return it in a new arrangement that, even frivolous, shines something different about the mundane nature of our everyday lives.