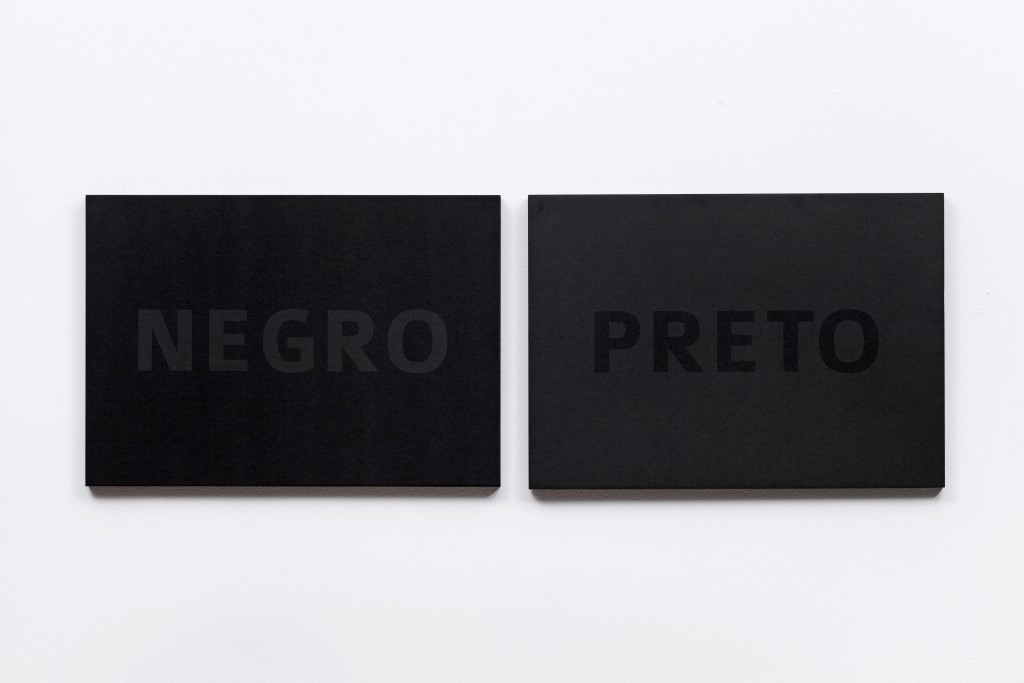 “Empresa Colonial” [Colonial Enterprise], as the title indicates, looks at contemporary Brazil with an attentive eye for the past, knowing that today is the product of an intricate network of ongoing processes that have started long ago—in this particular case, with the arrival of Portugal in what later became known as Brazil. This first violent act—that is, the determination that the history of this land, despite its many indigenous people, only started with the arrival of the European culture—is the (sometimes elliptic) starting point of reflection articulated by curator Tomás Toledo with artworks created by a group of six young artists: Beto Shwafaty, Bruno Baptistelli, Clara Ianni, Jaime Lauriano, Lais Myrrha and Rafael RG.

The richness of this exhibition is in the superimposing of times and histories of Brazil. Works that deal with contemporary issues, such as urban mobility, racism and economic inequality, are placed beside pieces that remind us of our violent past (predatory colonization, slavery, military dictatorship) and that undermine national symbols and identities. Toledo’s sensitive curatorship has created an embroidery of artistic approaches that unveil the continuity of expropriation and abuse that runs so deep and for so long within our country’s social dynamics that many easily fail to see it. This eloquent exhibition approaches challenging and urgent matters, tackled by this group of artists with formal and conceptual rigor.

Despite the difficulties imposed by the exhibition space—a long L-shaped corridor—each piece has enough room to be adequately comprehended, and the traditional installation creates an elegant view of the whole. The works are organized according to four themes: the construction of alternative historical narratives, the use of cartography as a critical tool, the perspective of the subject related to national identity and the connections between the colonial period, the military dictatorship and the present. Yet the visitor only knows these themes after reading the curatorial text found in the brochure freely distributed in the space. The absence of these interpretations in the exhibition itself allow spectators to create their own readings, to which they might later add the curator’s intentions.

Amongst the highlights are Clara Ianni’s works from the series “Class Drawings,” where she interviews a chief of a household and their housekeeper, and later draws two maps, each of them indicating the route of these two characters from home to work and depicting, on the bottom of the page, their monthly income (when disclosed) and their professions, thus bringing to light, in a very economic manner, the inequality of pay and its relation to occupation in São Paulo. Bruno Bapstistelli’s and Rafael RG’s works, by their turn, are poignant approaches to racism and its repercussions for social and individual identities. Finally, it’s worth saving some time to watch the entirety of Jaime Lauriano’s video “O Brasil,” a collage of video propaganda from the military dictatorship.