Brazilian landscape—especially the “jungle”—has a long and charged history of images, from Frans Post’s early-seventeenth-century paintings of coastal colonial agriculture (commissioned by his Dutch patrons to survey their New World property), to Enlightenment-era “traveller-reporter” artists like Rugendas and Debret, picturesque painters of dramatic vistas, and modernist attempts to refract these histories through a critical lens. Especially when rendered by foreign visitors to Brazil, an image of landscape was often a proxy for utopian mythologies, a metaphor for fecundity, or simply evidence of material resources.

It’s hard not to situate Danel Steegman Mangrané’s recent work within this history, as both an extension of it and a swallowing of it. “Reino de todos os animais e de todos os bichos é o meu nome” at Galeria Mendes Wood revolves around two related moving-image works that treat the same tropical Brazilian forrest with distinct methodologies, both originally produced for the New Museum’s “2015 Triennial: Surround Audience.” 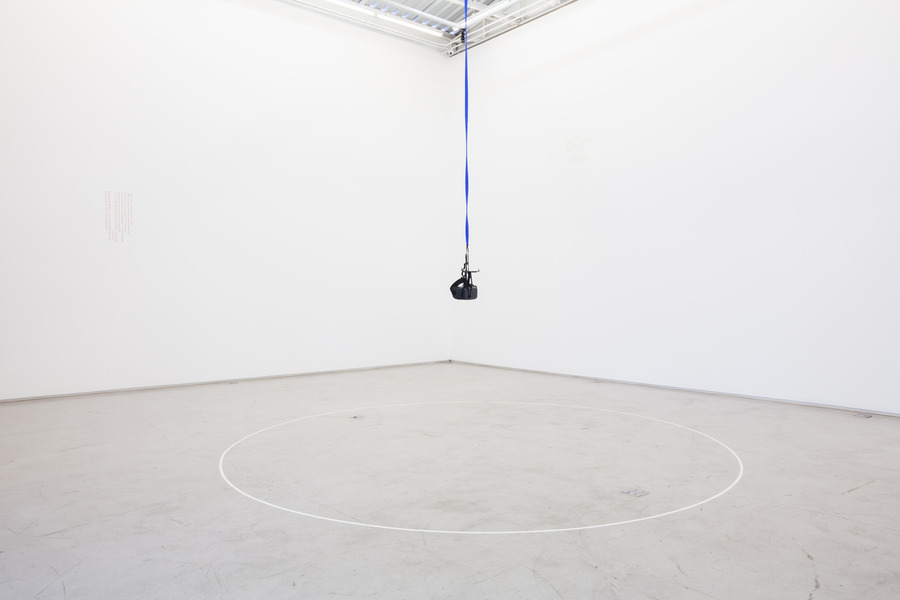 “Phantom” was made in collaboration with the London-based company ScanLab by scanning a plot of forrest into a three-dimensional map of coordinate points, which in turn become a virtual space experienced by the viewer through an oculus rift suspended from the gallery ceiling. Experiencing the forrest-scape this way is both immersive and distant: minute topographic details flood your view as you veer your gaze in any direction, as though the bleak Euclidean space from the film “TRON” were dispersed into an organic field. The very act of putting on and removing the oculus rift creates a startling shift between two environments (the gallery and the jungle) superimposed over one another.

In contrast, “Spiral Forest” is a lush 16mm film that explores the same site with a precisely choreographed “gimbal” system (a motorized camera support that allows free rotation around a single axis), in this case designed in collaboration with engineers Nicola di Chio and Stefan Knauer. Within this system, the gimbal’s movements are themselves triggered by the motor of the 16mm camera, which is periodically pointed at its own support structure. This creates an entrancing feedback loop where the conditions of perception are interwoven into the physical technology used to render it. Whereas “Phantom” is predicated on the viewer’s agency in choosing what part of the site to observe, “Spiral Forrest” forces the viewer to experience it vicariously through the impersonal motions of a machine. The rich 16mm film is better suited for conveying the damp tropical atmosphere that we expect from a jungle, even if the the calculated movements feel cold and clinical.

If previous depictions of Brazilian lanscape served as ciphers for the ideologies that influenced their production, Daniel Steegman Mangranés’s update of this tradition turns the act of representation back on itself. His sample of tropical forrest is not a metaphor for anything, rather it’s a phenomenological laboratory to measure bodily space and perceptual consciousness. By juxtaposing a cutting-edge virtual medium with a more analog one, he is pointing less at their visual or technical differences and more at how both engender a sensory experience that is inherent to their technological framework.