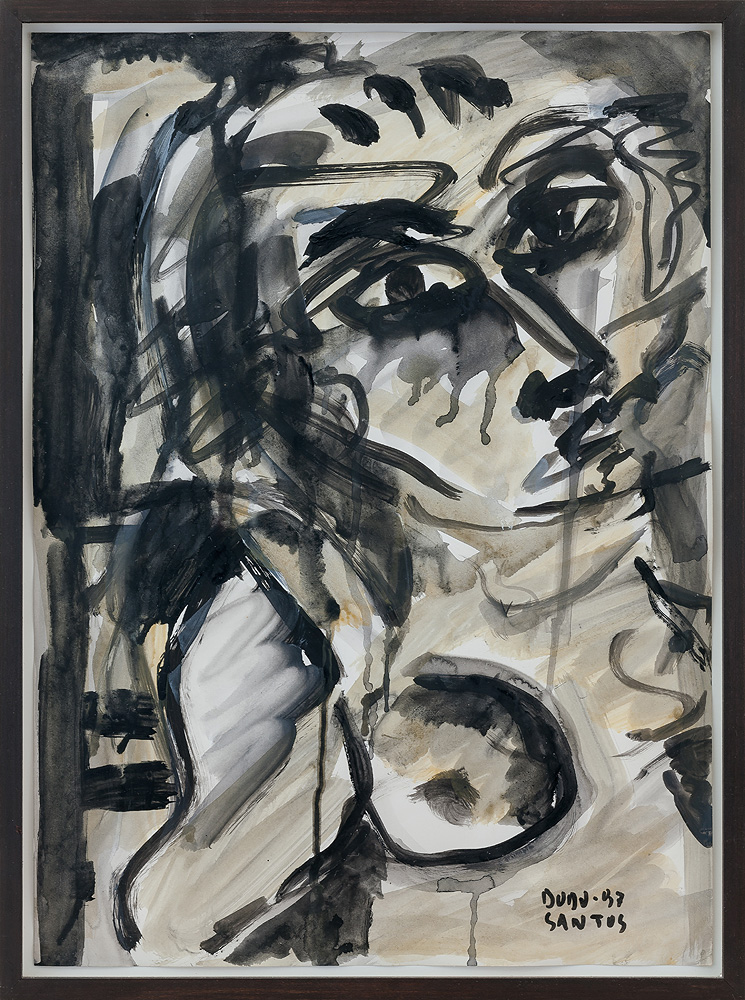 Over the course of his decades­-long career, São Paulo-based artist Dudu Santos has embraced a free­form approach to painting. Like much of the work on display, the arrangement of his show “Nada é de verdade mas tudo é real” (“Nothing is true but everything is real”) at Galeria Jaqueline Martins is scattered and meandering­­—a seemingly random sampling of different bodies of work from the last twenty years. Each component of the show is organized with precision and care, yes, but it also evades any central premise or guiding principle: a row of small gestural portraits here, a neo­expressionist figurative painting there, a thin sculpture alone on a wall, a set of journals under glass, a painting on the floor leaning against a wall, et cetera. Both the scatalogical intensity of individual works and the drastic shifts in format and time period indicate a predilection towards the schizophrenic and the irrational. 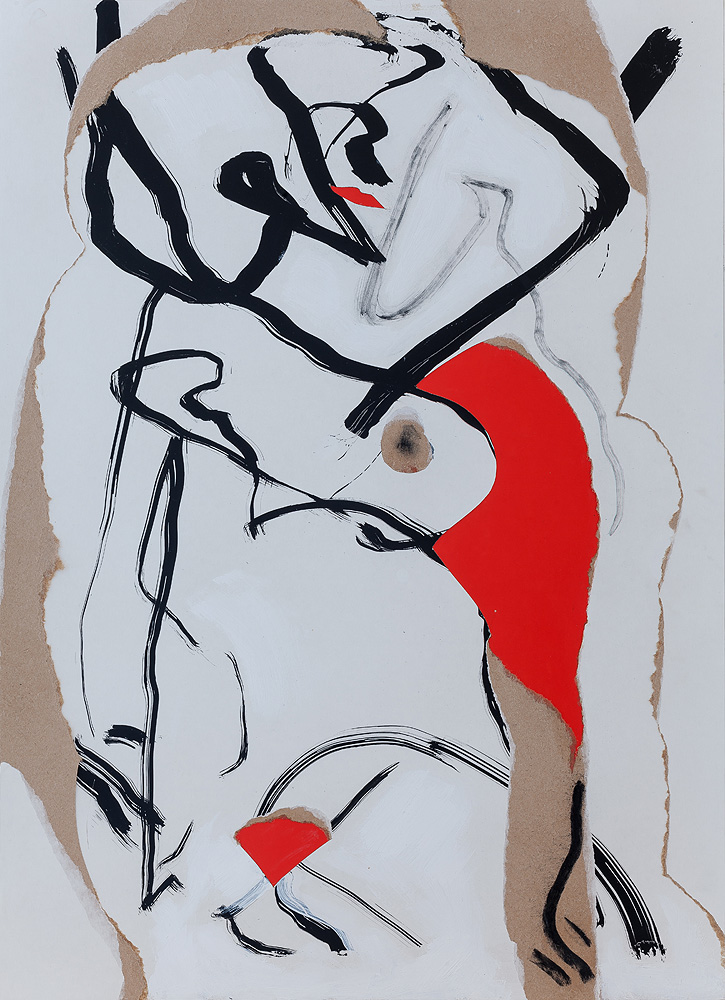 If the show itself avoids a tight logic, certain tendencies are pulled into relief all the same. Hints of art brut, automatic drawing, and other Surrealist and proto-Ab­Ex sentiments run through most of the work, as well as a relentless interest in the figure. Santos’ gesturalism is “Expressionist” with a capital “E,” and I suspect the artist would likely ascribe to Harold Rosenberg’s “psychology of creation”: painting as an authentic action, or a spontaneous burst of subconscious impulses. This is reinforced by the inclusion of sketchbook/journals that reflect the same painterly frenzy with train­-of-­thought sentence fragments such as “The Q­-Tip Man! He who has the Q­-Tip is powerful? The power of the Q-­Tip,” or “Useless thoughts. Sterilize the Mind.”

The elephant in the room with any painter working in this vein is the inevitable sense of familiarity that a contemporary viewer will feel when looking at these expressionist gestures; these paintings hide no surprises, let alone any moments of confounding. This exhibition employs a common strategy of emphasizing the generous excess and multiplicity of forms created by this painting practice rather than a more narrowly enframed line of inquiry. At times Santos’ frenetic brushwork feels vibrant and masterfully channeled; other times it just feels hasty and purposeless. On the other hand, some of the most compelling work is the most recent, such as his mixed-media collages whose succinct marks somehow build up to more than a sum of their parts.