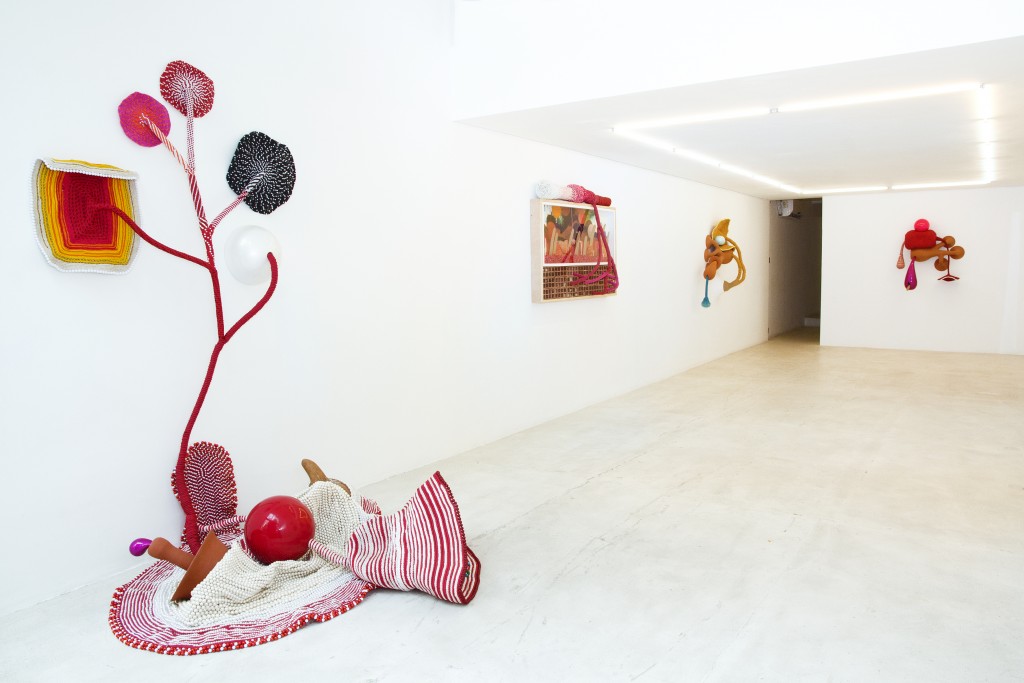 A journey of ayahuasca (the hallucinogenic drink commonly used by the Amazon population) inside of a female body: This is the closest way to express the experience of the exhibition “Universo em Expansão” (Expanding Universe), by the Rio de Janeiro artist Maria Nepomuceno at Baró Gallery. Her sculptures, vibrant and seductive, come off the walls and move forward, touch the ground and then return to penetrate them. Composed of colored, almost fluorescent beads, materials such as straw, clay, wood, ceramics, necklaces, etc. are like a pulsing living matter, a kind of embodiment of a natural lysergic aspect, a glimpse of possible unseen forces that seem to magnetize the organic elements.

Maria Nepomuceno was born in 1976 and, during adolescence, began to draw, paint and study the artistic language in courses at the esteemed School of Visual Arts of Parque Lage in Rio de Janeiro—guided by her teachers Beatriz Milhazes and Anna Bella Geiger. But it was only when she joined the Industrial Design college that she began her first experiments with sculpture. Now, Nepomuceno is an established artist, having held solo exhibitions and participated in group shows in important national and international institutions such as MAM Rio de Janeiro, Turner Contemporary in the United Kingdom, Paço das Artes in Sao Paulo, Grand Palais in Paris, among others. 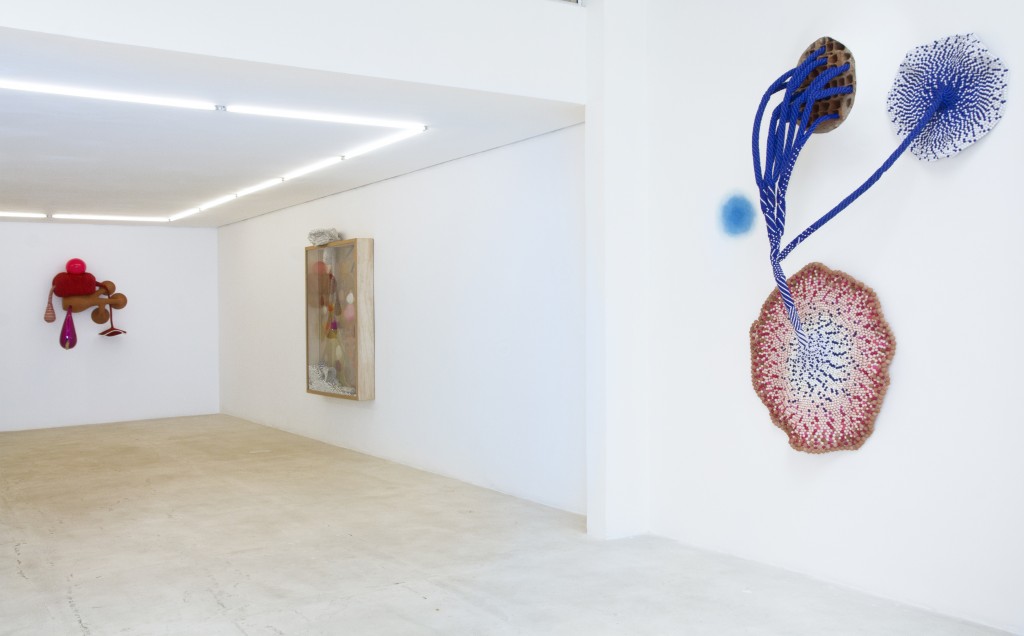 This show is a continuation of the research that the artist has been experimenting with for a few years. Many define her poetics as neoconcretist due to the subtly geometric aspect, but her practice evokes a deeper relationship with her indigenous and African roots. Perhaps for this reason, something ritualistic, spiritual and at the same time craft-like seems to emanate from her playful sculptures. These seem to dance in a movement between the macro and the microcosm where sometimes they behave like tree roots, sometimes as bodies magnified by the microscope, or as organs and veins, sometimes as female viscera.

Each bead appears to act as a network of relationships, the relationships that make up our organs, our skin, our membranes, our exchanges between the inside and the outside. One of the works, with its thick and colorful veins, seems to recall Frida Kahlo. Obviously, it’s a subtle comparison, since Kahlo’s language is plastic, two-dimensional, surreal and figurative while Nepomuceno focuses on three-dimensional and abstract structures involving found objects. That being said, there is a potent femininity that appears to originate from both.

Kahlo’s main motivations came from her many traumatic and painful experiences originated by corporeal and spiritual deformities—caused by a train wreck, by three spontaneous abortions and, of course, the numerous extramarital affairs of her husband Diego Rivera. While the Mexican feminist exalted expression through these wounds, the Brazilian seems to appease with her body. As if, in the latter, the feminine archetype had managed to shake off her domesticated chains to find, at last, the fullness and balance of her pulsating particular universe.