by Caroline Carrion
August 28, 2015Filed under:

In his seminal essay from 1984, “Mapping the postmodern,” Andreas Huyssen stated that, by disrupting with the avant-gardist teleological approach to history, postmodernism allowed us to comprehend modernism under a new light. Much of this was made possible by key new actors who gained access to the art world, such as the feminists and the corresponding women’s movement. This brief synthesis of just one specific aspect of this complex text seems to apply perfectly to the exhibition Mulheres artistas: as pioneiras [“Women artists: the pioneers”] (1880-1930), curated by Ana Paula Simioni and Elaine Dias, accompanied by Fernanda Pitta. 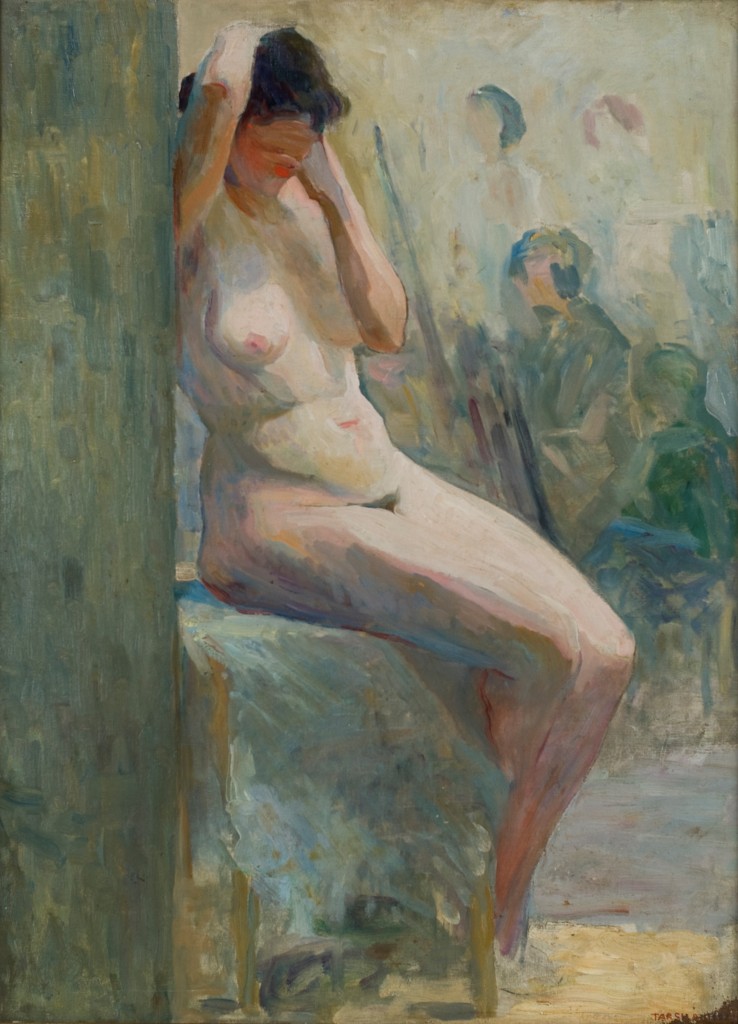 The show comprises works produced by women between 1884, when Abigail de Andrade was awarded at the 26th General Fine Arts Exhibition, and the 1930s, when women’s participation in the art scene was consolidated. The exhibition takes place in two rooms in the second floor, kept apart from each other by a long hallway-like exhibition space, where we can find the long-term exhibition “Art in Brazil: a history at the Pinacoteca de São Paulo,” with works from the colonial period until the early twentieth century—mostly made by men. Both shows are intended to be in dialogue and, after leaving the second room of women artists, it’s impossible not to wonder why those pieces aren’t in the central show instead of requiring a themed exhibition to take them out of the crates where they are kept safe—and collaterally protecting our male-oriented art history. 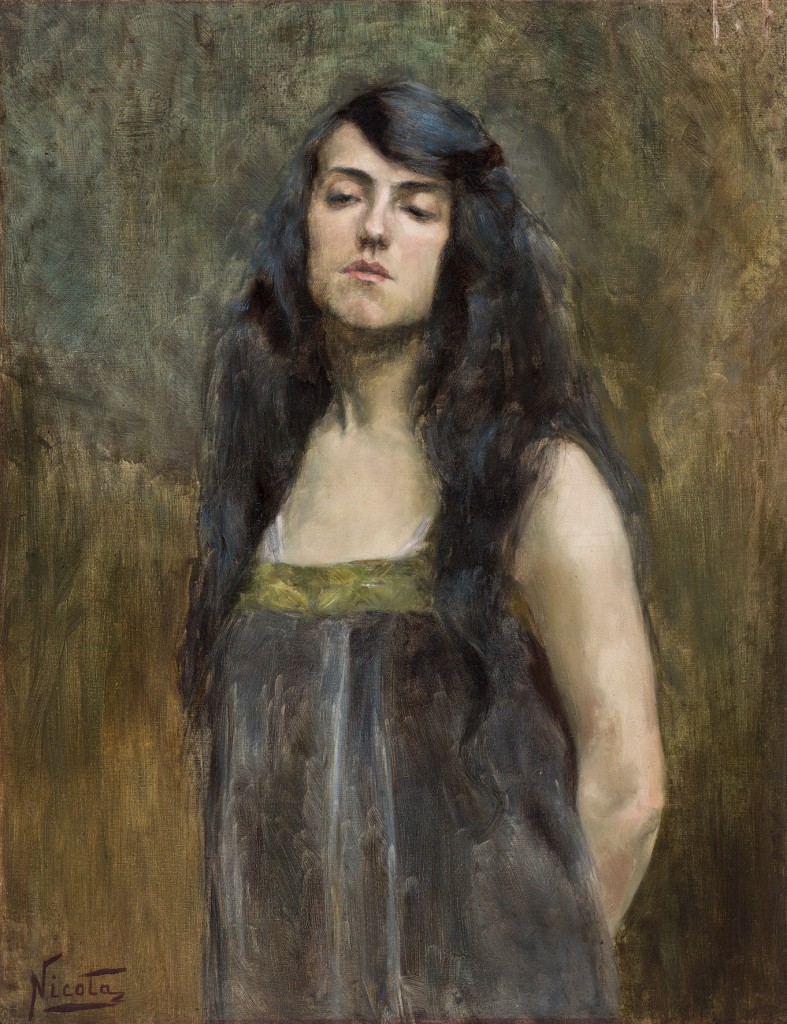 Through an aesthetic intervention in an aesthetic-devoted institution, the curators affirm that art history is, as is all history, a narrative of power. In the first section of the show, concerning the central role of the nude in the formation of these artists, we connect with bold studies by Tarsila do Amaral and Anita Malfatti, the goddesses of Brazilian modernism. In the second room, exceptional works surprise not by their quality, but by the fact that most of those names are hardly, if ever, mentioned. Bertha Worms’ portrait of a Bedouin from 1895, or Nicota Bayeux’s “Couer Meurtri” from 1913 are authorial creations with a deep sense of composition and displays of mastery in painting techniques.

Curators Simioni, Dias and Pitta dared to take a look back with unconditioned eyes. And what they found is worthy to be seen.