To understand Damián Ortega’s exhibition at Fortes Vilaça, we must look back to his exhibition at Rio de Janeiro’s Museum of Modern Art (MAM) earlier this year: “The end of matter,” where he presented several Styrofoam sculptures—replicas of famous pieces from different periods of art history—created according to his instructions by sculptors of the Rio Carnaval. In “Paisagem” [Landscape], Ortega develops two large-scale installations with the same technique: “Abertura” [Opening] and “Paisagem.”

“Paisagem” is the first piece we see, its little balls of Styrofoam visible from the lobby. When the viewer descends to the exhibition space, he finds himself in a fake snowy landscape, with a single path that, when followed, will lead to a Styrofoam white cube, whiter than the gallery’s white cube itself. When walking around this cube, a grotto-like hole is seen in it—the condensed source of all the Styrofoam now sprawled all around the exhibition space, a reminder of the transformation of matter. 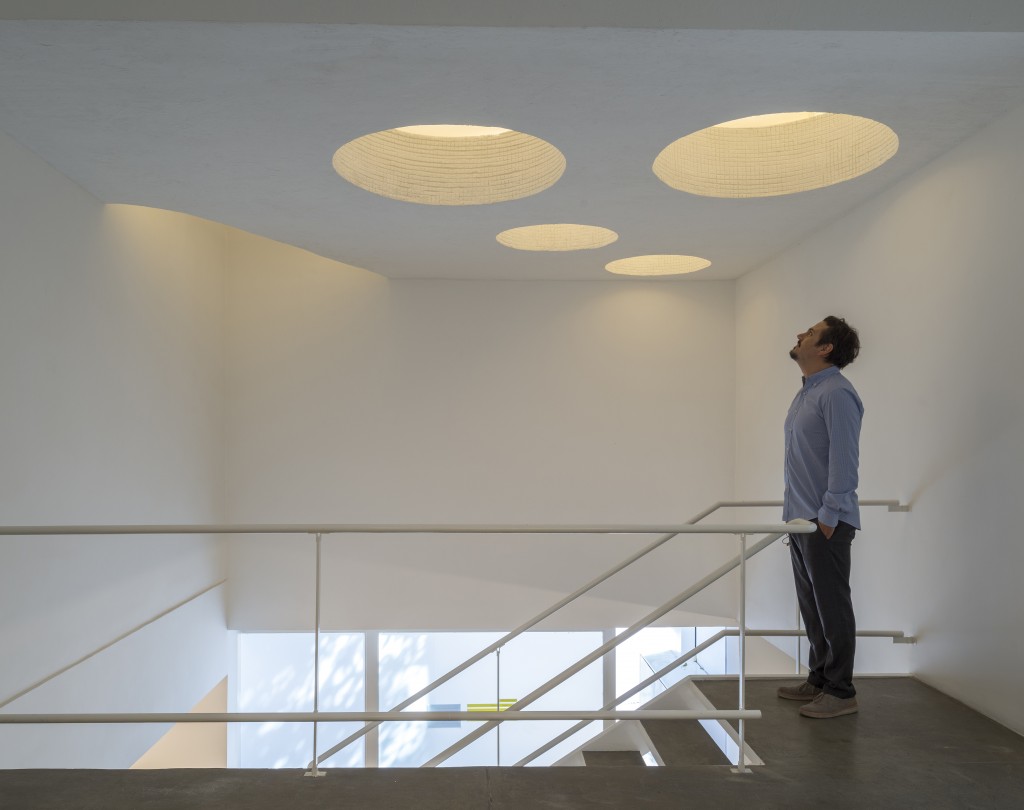 Installed in the gallery’s high-ceiling lobby, “Abertura” recreates in Styrofoam and plaster a section of the roof above the rooftop terrace of the Bretagne building, a design of sinuous forms with circular openings that allow the passage of light, air and rain. In the exhibition, however, these openings give passage to nothing but the gallery’s ceiling. Dislocated, the inside-outside flow that the openings should allow is contextually shut, and its organic design is confronted by the gallery’s white-cubist austere architecture. By knowing a bit about the history of the building—designed by architect João Artacho Jurado in 1958 and inspired by Hollywood dreams for his upper-middle-class clientele—the installation gains a political connotation, of the Brazilian all-fearing-middle-class self-imposed confinement, and of the keeping of appearances, so essential for our social order.

The installations establish a deep dialectical relation: a landscape created by the deconstruction of the Styrofoam white cube, and an architecture thoroughly designed and built by the addition of materials. More than opposites, they constantly re-signify the other; after all, landscapes are already categories of culture, and there’s much of contingency in all of our projects.