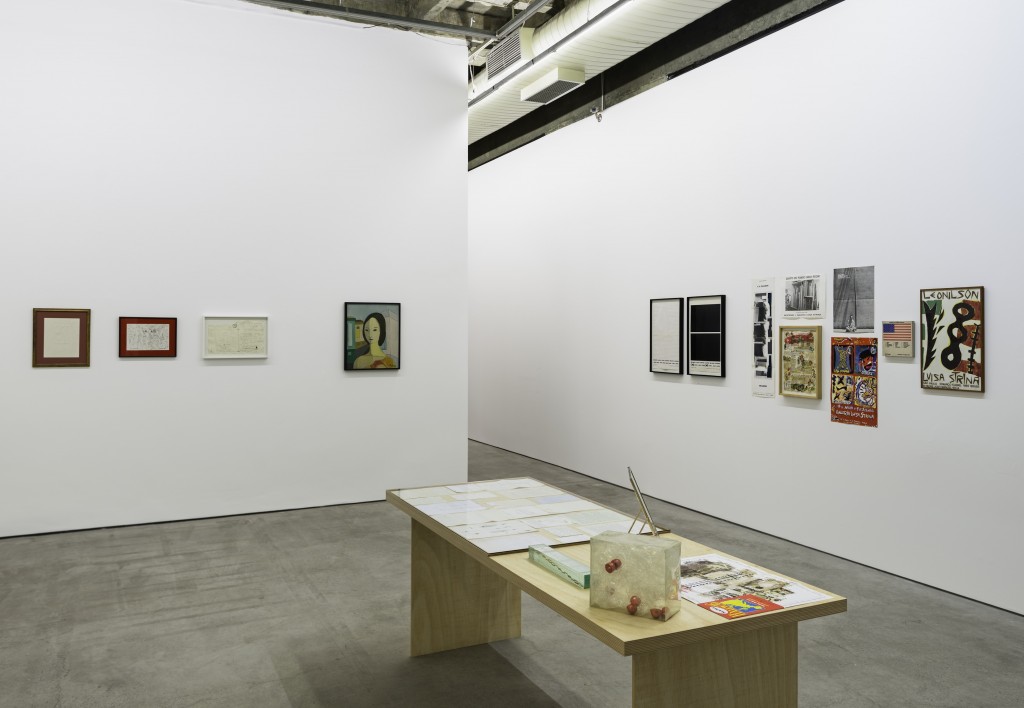 In the art market, “representation” means a business relationship between gallery and artist. Nevertheless, the word also carries a political connotation, which is in the mind of many since the manifestations of 2013, when many Brazilians protested, among other things, the ability of politicians to represent the people. So, when little more than a year later Luisa Strina Gallery presents a show titled “I represent the artists, Revisited,” it seems naive to read this title as an obvious affirmation instead of a power statement, especially when the show is the grand finale of a series of events celebrating the gallery’s fortieth anniversary—a gallery, we must remind, whose creation was encouraged by artists who saw in young Luisa Strina the potential to be their representative in the market.

Curated by Fernanda Arruda, the exhibition displays works by twenty-three artists, all of them who are or once were represented by Strina. The title derives from a 1987 ad placed in Vogue Arte: a photo of Strina in her gallery with the saying “Eu represento os artistas,” followed by the name of ten artists, four of whom are in the show—Alan Shields, Baravelli, Nelson Leirner and Wesley Duke Lee. It’s a work by the latter, alongside some paintings by Venezuelan Juan Araujo, that welcomes the visitor in a successful installation choice: Duke Lee, as Leirner, was a teacher and influenced the following generation of artists present in the show. Araujo, who works with appropriation of pre-existing images, displays paintings based on posters of Leirner’s 1978 exhibition and on views of the original gallery space.

In the following rooms, we find works created from 1970 to 2012, including pieces that were exhibited by Strina long ago, as Cildo Meireles’ “Obscura Luz” (1982), Leirner’s “Linha dura” (1978) and Muntadas’ “Portrait” (1994). The show invades hallways, offices and inventory spaces, giving access, in the last room, to private correspondence from artists and writers, receipts, magazine ads, photos, ripped checks. Despite the fact that these documents were thoroughly selected (there’s nothing there that can’t be seen), allowing the visitor to get a glimpse of the gallery’s intimacy remains a brave move: only then one can start to imagine the extent to what representing the artists truly means.